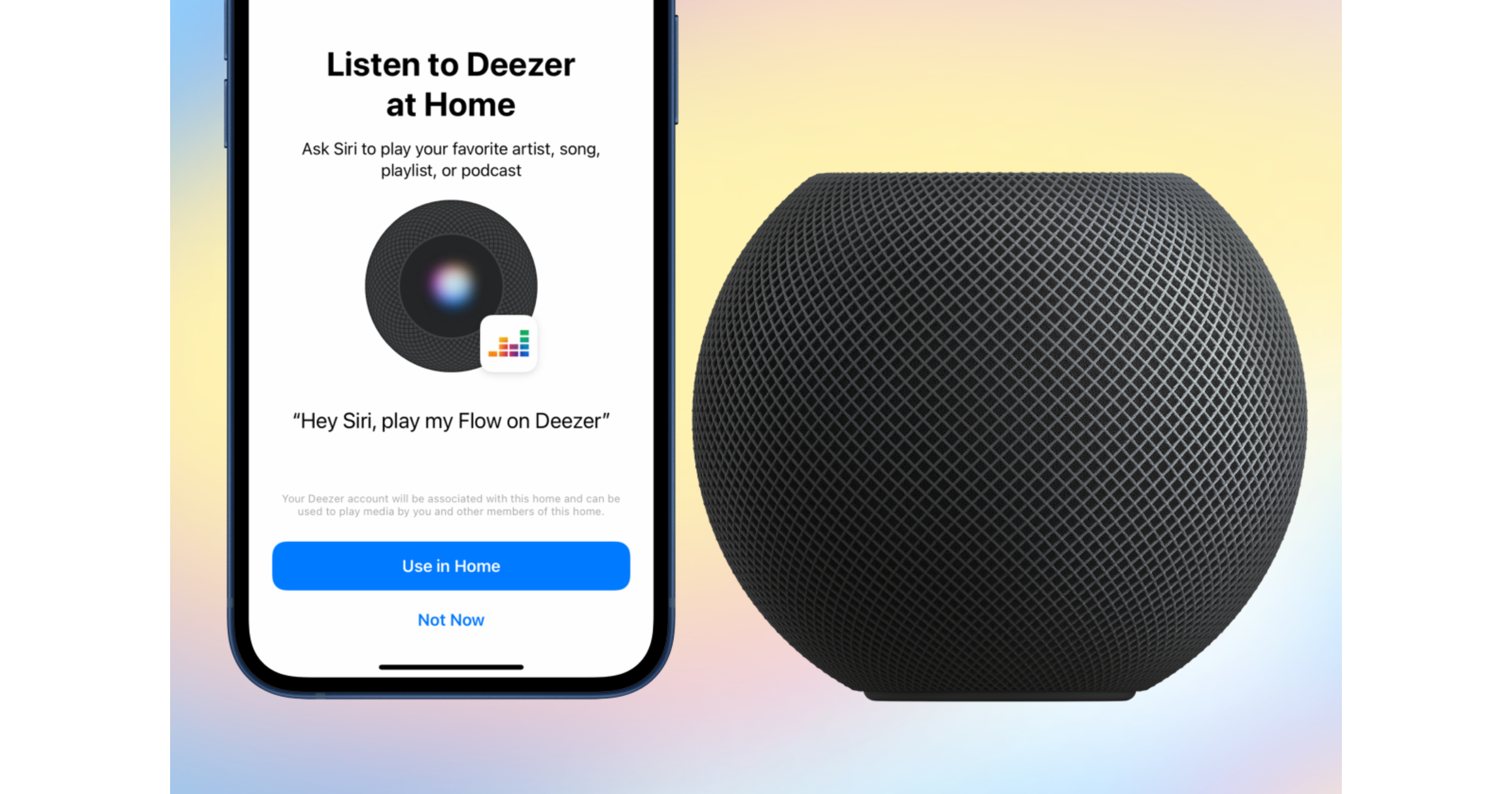 “Our listeners don’t have to compromise on audio quality thanks to HomePod. HiFi users can still enjoy all of their favorite tunes in true lossless audio. But, don’t worry, even if you don’t have HiFi, Deezer on Apple HomePod is the perfect at-home companion when you need to multitask or want to give your eyes and fingers a break,” said Nicolas Pinoteau, Director of Partnership Solutions at Deezer.

Deezer works for paying customers on HomPod and HomePod mini with Siri in Australia, Canada, France, Germany, Japan, Mexico, Spain, UK, and the U.S. Users need iOS 14.3 and above and the latest HomePod software installed on their devices. Siri commands can work for playlists, for example, “Hey Siri, play my Flow,” as well as specific tracks and artists. It also allows functionality like dislike tracks, play on repeat, or shuffle. If Deezer is not a users default music service Siri commands require “on Deezer” at the end. Podcasts, audiobooks, and live radio via the service are not currently supported on the Apple smart speakers.