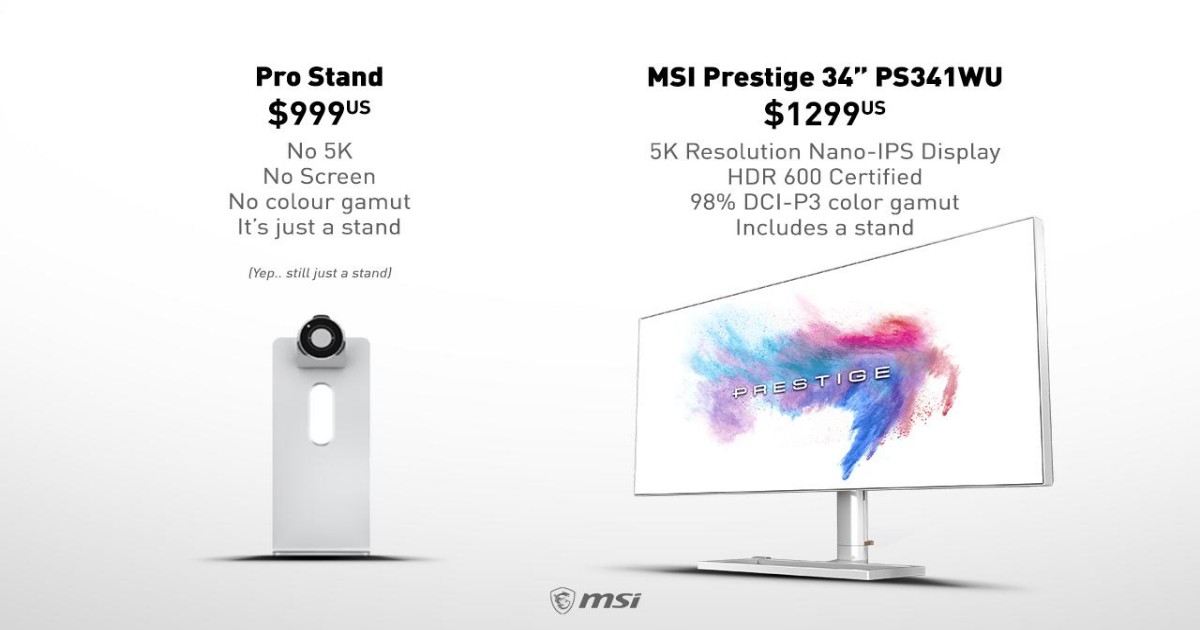 The $1000 Pro Stand for Apple’s new display continues to generate a backlash. Australian IT manufacturer MSI got in on the act Thursday, mocking the product on Twitter.

Lots of people responded to the tweet with similarly mocking comments. There were though those who noted that top-end displays for animators and other professionals can be even higher than what Apple is asking for – $5999 + $999. Whatever the reality, the product’s cost and the subsequent backlash has seemingly taken a little of the shine of WWDC.

Hahahah. But the stand supports 6K!