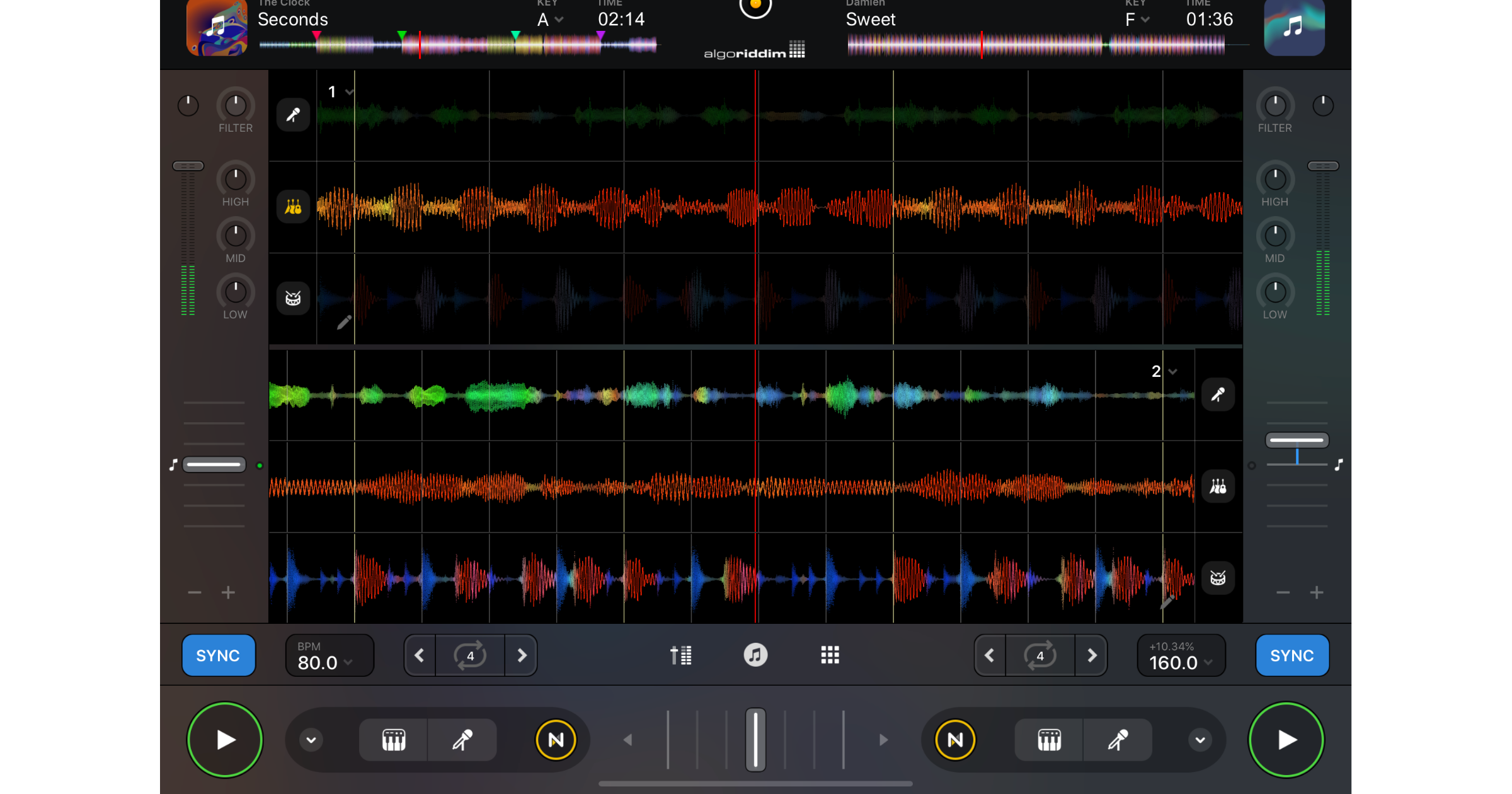 The updated Automix AI offers improved transition options. These use the Neural Mix technology, isolating components of each track and making each mix unique. The tool allows DJs who are performing to briefly step away from their digitals turntables, while casual users can play automated DJ sets. Karim Morsy, CEO of Algoriddim, which makes djay Pro AI, explained:

The new Automix mode allows for seamless cross-genre mixes, with varying tempo, in a way that could not be replicated by human DJs with conventional DJ gear. During a transition, djay can now automatically deconstruct two songs into their original components, and easily apply effects and filters to each, like adding a reverb to wash out vocals, as if it were being reconstructed by a professional sound engineer. Automix has been a popular feature in djay for years and we are thrilled to take it to the next level for our users with enhanced AI.

Neural Mix now offers four channels of music isolation. This means DJs can, in real-time, control and mix the vocal, harmonic, bass, and drum components of a track they are playing. There is also a new slicer feature, a smaller with an increased maximum loop size of eight beats in the latest update.