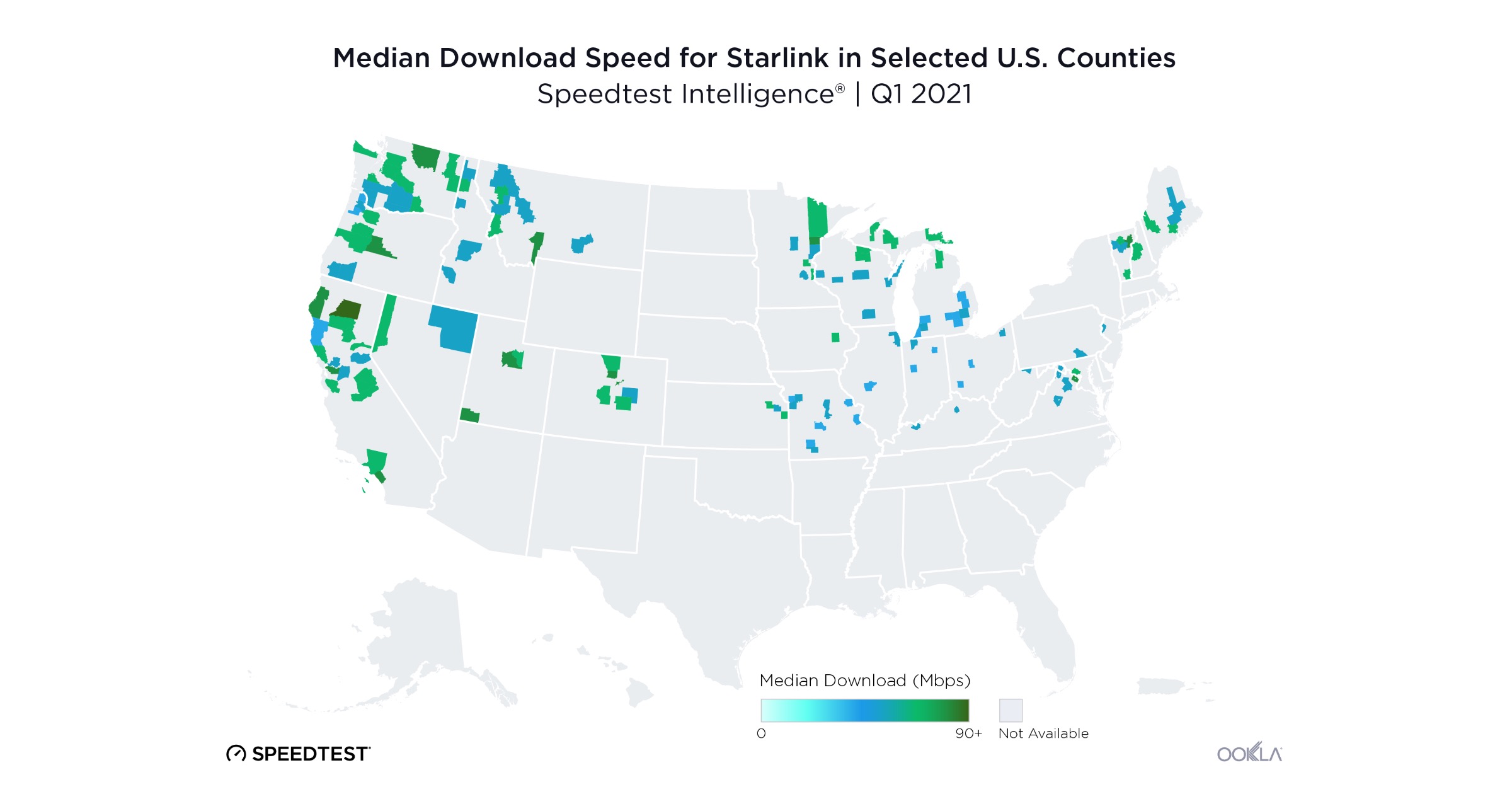 Starlink, a satellite internet initiative from Elon Musk, has fast internet speeds in some areas while being slow in others (via Gizmodo).

Starlink is currently available throughout Canada and the U.S, with over 500,00 preorders. Speedtest company Ookla says average speeds in the U.S. ranged from 40.36 Mbps in Columbia County, Ore. to 93.09 Mbps in Shasta County, California. What about latency?

Customers in both the U.S. and Canada experienced astronomically higher latency compared to fixed broadband customers in the same areas, up to 486% higher in the U.S. and up to 369% in Canada. Latency in the U.S. ranged from a low of 31ms in Kittitas County, Wash., up to 88ms in Otsego County, Mich. Median latency from all other fixed broadband ISPs combined were between 8ms and 47ms.

In Canada, speeds had a low of 53.61 Mbps in Ontario and a high of 80.57 Mbps in Saskatchewan. Percentage difference when compared to all other fixed broadband providers also showed a narrower range.

Of course, Starlink is still in the early days as a beta, and should receive improvements over time as more satellites are launched by SpaceX.

One thought on “Starlink Internet Speeds May Not Be Created Equal”