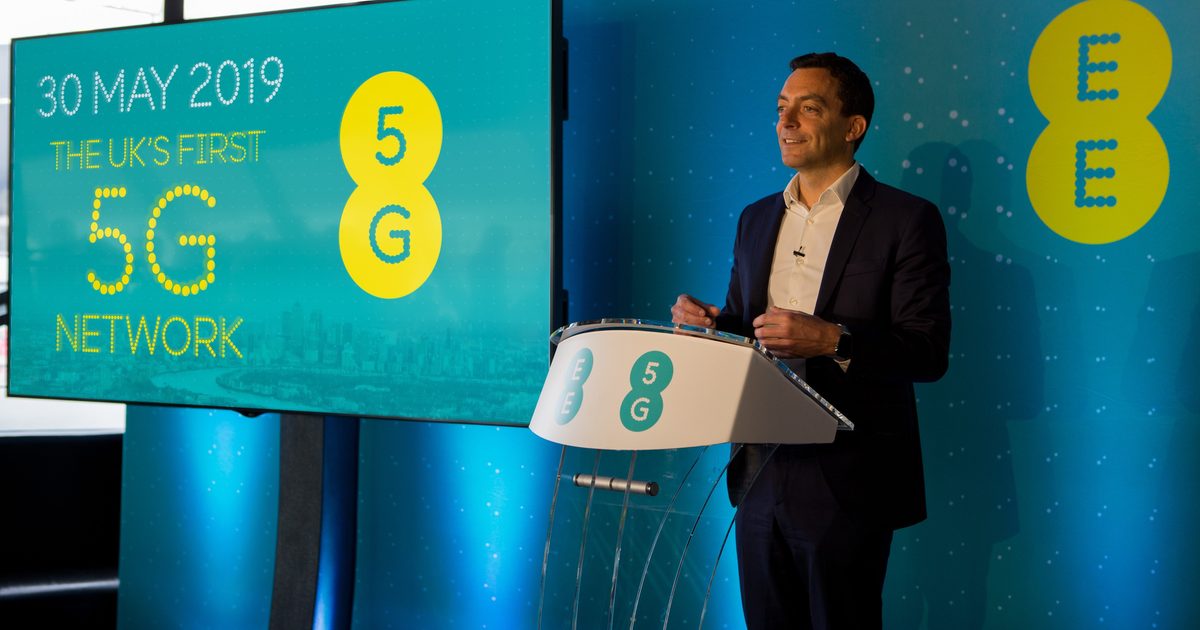 LONDON – Mobile network EE announced the launch of its 5G service Wednesday. The high-speed mobile service will be switched-on on May 30 in six UK cities. However, it will not offer Huawei devices.

EE’s 5G service will launch in London, Cardiff, Edinburgh, Belfast, Birmingham, and Manchester at the end of the month. The firm also announced its intention to launch the service in Aberdeen, Cambridge, Derby, Gloucester, Peterborough, Plymouth, Portsmouth, Southampton, Worcester, and Wolverhampton by 2020.

Customers can order 5G devices from EE, which is part of BT, starting today. Devices on offer come from OnePlus, LG, and Oppo. A notable absentee from that list is Huawei. EE will not offer Huawei devices, as previously expected (via Financial Times). It had to “pause” the sale of the smartphones after Google pulled its license over the weekend, leading to uncertainty over the Android operating system. Chief Executive Marc Allegra said that the company had “had to hold that back.”

As well as launching the network EE announced a partnership with Niantic. The company will be the exclusive UK launch partner for Harry Potter: Wizards Unite, the AR powered game. Mr. Allegra said:

We’re adding 5G to the UK’s number one 4G network to increase reliability, increase speeds, and keep our customers connected where they need it most. 5G will create new experiences with augmented reality, make our customers’ lives easier, and help launch entirely new businesses that we haven’t even imagined.