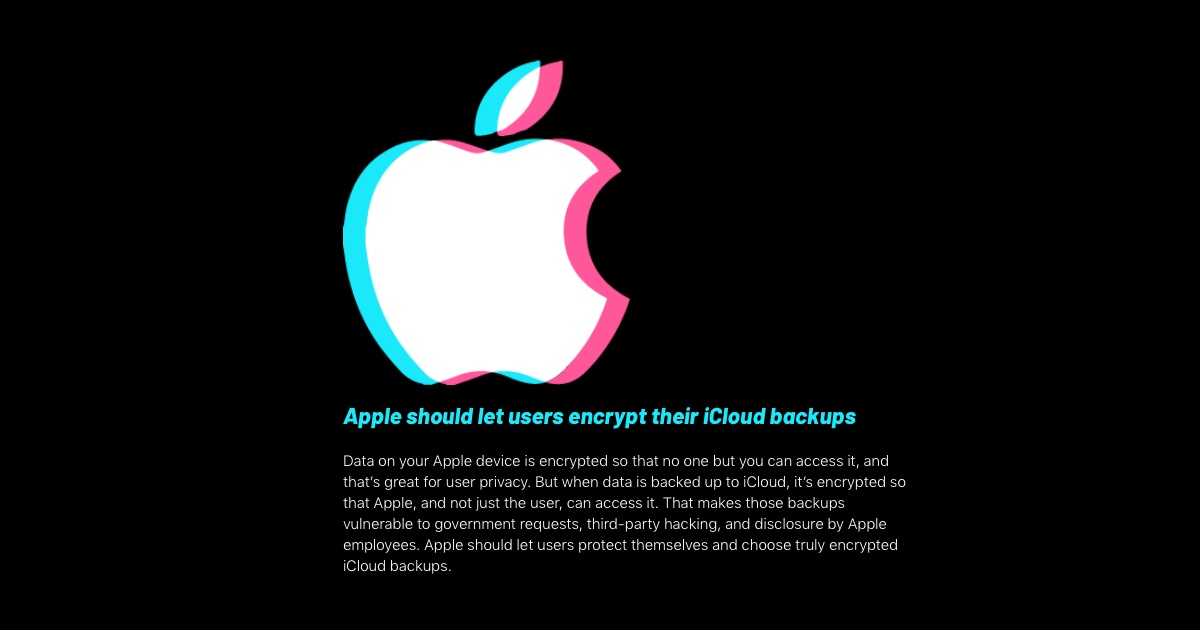 The EFF called on Apple to let users encrypt their iCloud backups. The demand was part of its new Fix It Already campaign, launched Thursday.

The digital rights group said it is good that data on an Apple device is encrypted so that nobody else can access it. However, it criticised that Apple can get access encrypted data backed up to iCloud. It said that “this makes those backups vulnerable to government requests, third-party hacking, and disclosure by Apple employees.”

The EFF said that users should be able to protect themselves with “truly encrypted iCloud backups.” It noted that Apple CEO Tim Cook had indicated his support for such a move in his recent interview with German newspaper Der Spiegel.

The Fix It Already campaign had 8 other demands:

The EFF argued that the relevant technology to do these things is available, “and companies are running out of excuses to neglect security and privacy best practices.”

hmmm dark mode doesn’t let me see any of the letters in posts.

Money where Apples mouth has been time.

There are three major reasons I resist Apple upgrades and in particular iOS upgrades, this is #2 on my list and most important. Apple pushes incredibly hard to offload my personal and private data onto their Cloud services. As much as I can I avoid cloud services on all devices because how many times do you hear of people being hacked, too much for my comfort. I’m almost ready to ditch smart phones and go back to an old flip phone because of this kind of crap! I certainly won’t buy an new iPhone any time soon if ever again.… Read more »