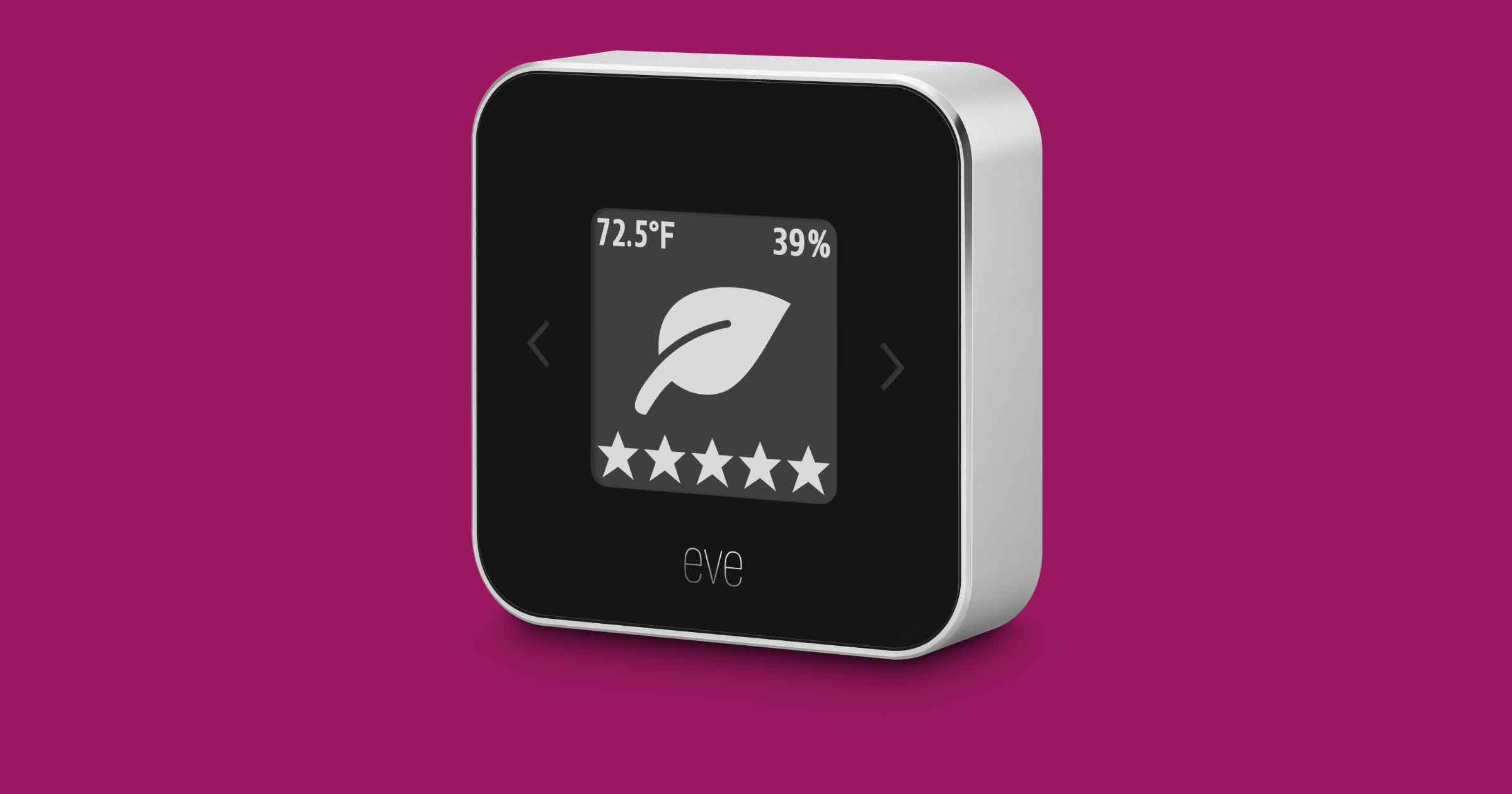 On Tuesday Eve Systems announced that its Eve Room product has been updated with support for Thread. It’s compatible with HomeKit and is available for US$99.95.

Thread is a communication protocol like Wi-Fi and Bluetooth. The difference is that Thread uses a mesh network so that supported products can directly talk to each other without needing a central hub device. If a single accessory fails, the data packets are simply relayed to the next device in the mesh.

Thread has been a spectacular success for us, and in a not too distant future a Thread network in your house will be just as common as Wi-Fi. If you purchase an Eve product with Thread, like Eve Room, you’re making a sustainable, future-proof choice, as Thread is one of the natively supported standards in Matter, the common protocol backed by Apple, Google, Amazon, SmartThings/Samsung, Eve and many more.

Controlling this HomeKit-enabled accessory automatically and away from home requires a HomePod or an Apple TV (4th generation or later) as a home hub.