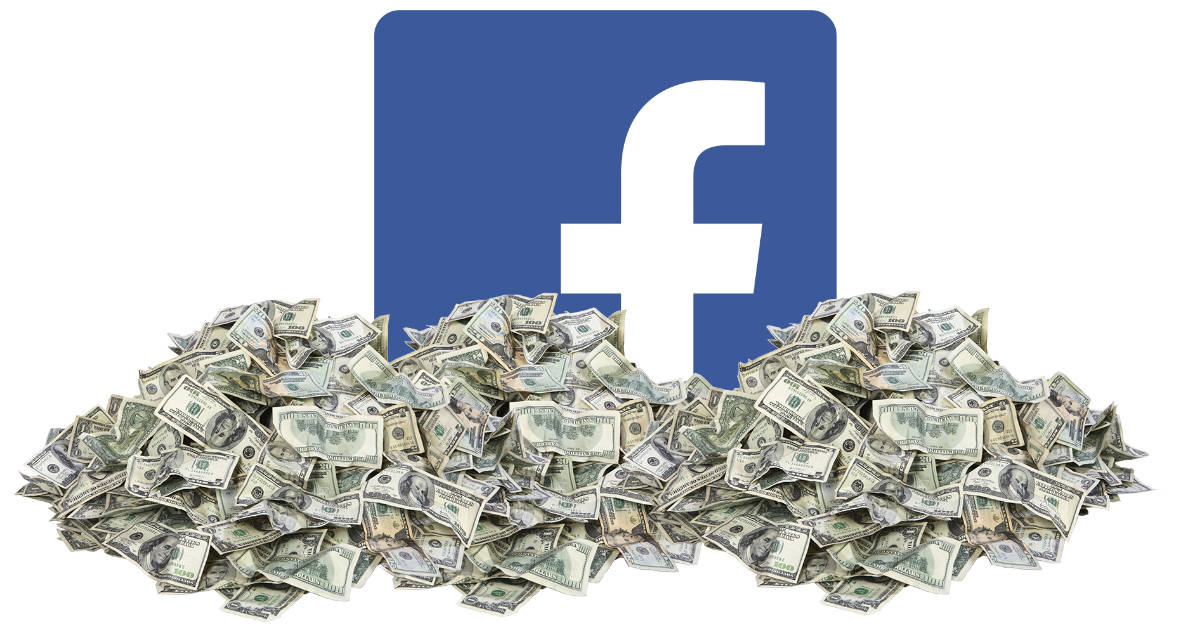 In a continuation of the ongoing Facebook outage saga, it appears that someone is attempting to sell Facebook’s domain name. All of Facebook’s social media pages went down the morning of October 4, and a recent search of facebook.com on the DomainTools whois server shows the domain name is for sale.

It is difficult to tell if this point if the for-sale listing is legitimate or not. Facebook maintains domain privacy on its listing, but it is possible that someone managed to violate the security of the listing and put the domain name up for sale. 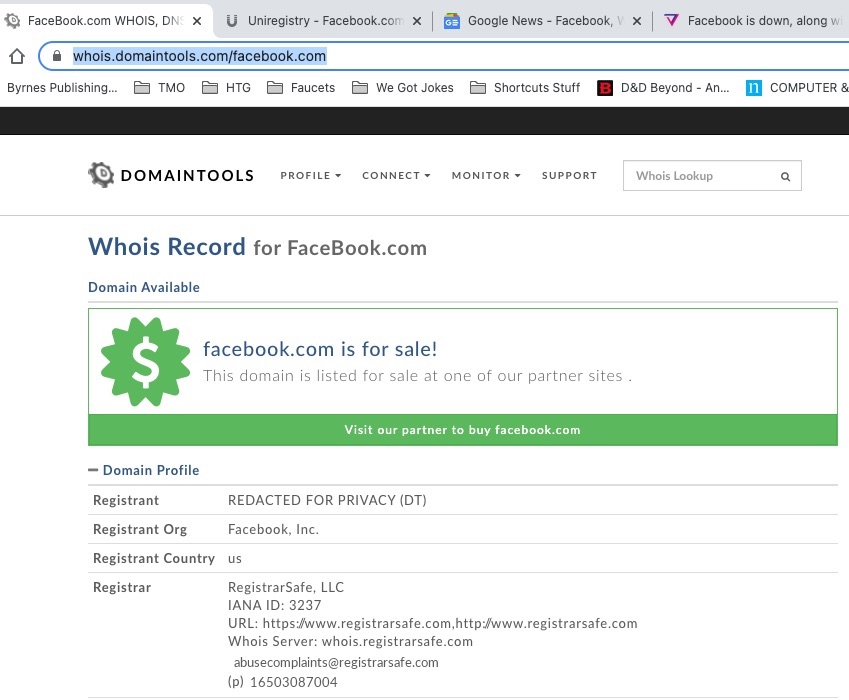 The listing is held by Uniregistry Market, a domain registrar that bills itself as a premier domain name marketplace. Uniregistry has excellent reviews dating back as far as 2018, and has a TrustPilot rating of 3.8. That’s almost 4 full stars, and is considered “Great.”

I reached out to GoDaddy, the company that owns Uniregistry Market. A GoDaddy spokesperson advised me the for-sale listing is totally unrelated to the ongoing outage, and has already been removed as of 3pm EDT.

A third-party who doesn’t own Facebook.com attempted to list it for sale on Uniregistry.com and we inadvertently included it in search results. Because the third-party didn’t own or control the domain, it was never at risk of being sold and it remains with the current owner. The listing has been removed and is completely unrelated to any platform issues Facebook may be experiencing.

5 thoughts on “Facebook Is For Sale, It Appears [Updated, It Isn’t]”