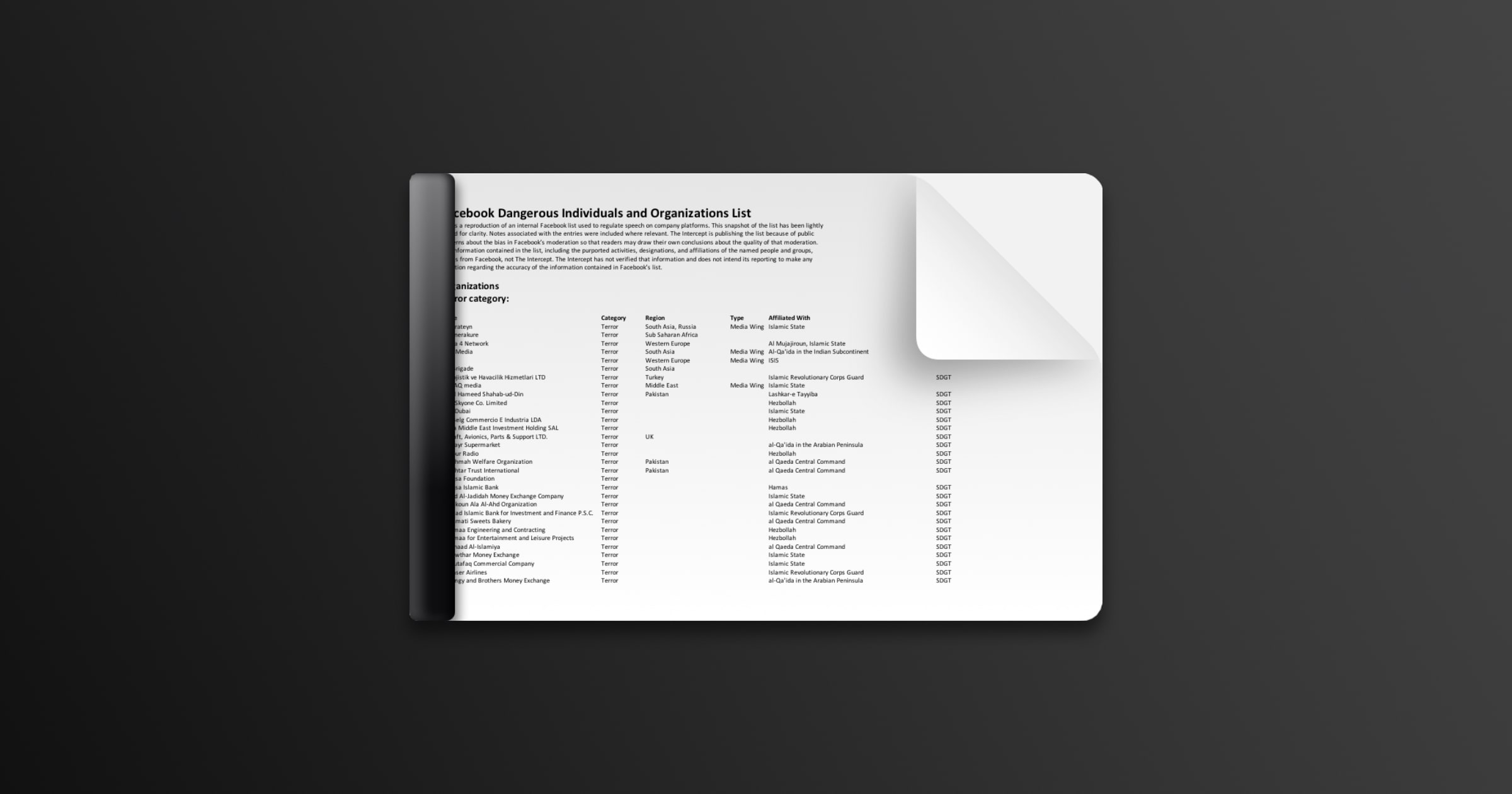 As part of its Dangerous Individuals and Organizations (DIO) policy, Facebook keeps a blacklist of entities banned from its platforms. Users may find their account suspended if they mention these entities in a post (via The Intercept).

Critics have called on the company to publish the list so users know when they are in danger of having a post remove or having their account suspended. Facebook has refused to publish the list, saying it would put employees in danger and help these banned entities to bypass the DIO policy.

The DIO policy and blacklist also place far looser prohibitions on commentary about predominately white anti-government militias than on groups and individuals listed as terrorists, who are predominately Middle Eastern, South Asian, and Muslim, or those said to be part of violent criminal enterprises, who are predominantly Black and Latino, the experts said.

The list has categories like Hate, Crime, Terrorism, Militarized Social Movements, and Violent Non-State Actors. Facebook uses rules to classify entities under a three-tier system bases on severity. Even those on the lowest, or least concern, list (Tier 3) aren’t allowed to be on Facebook platforms.