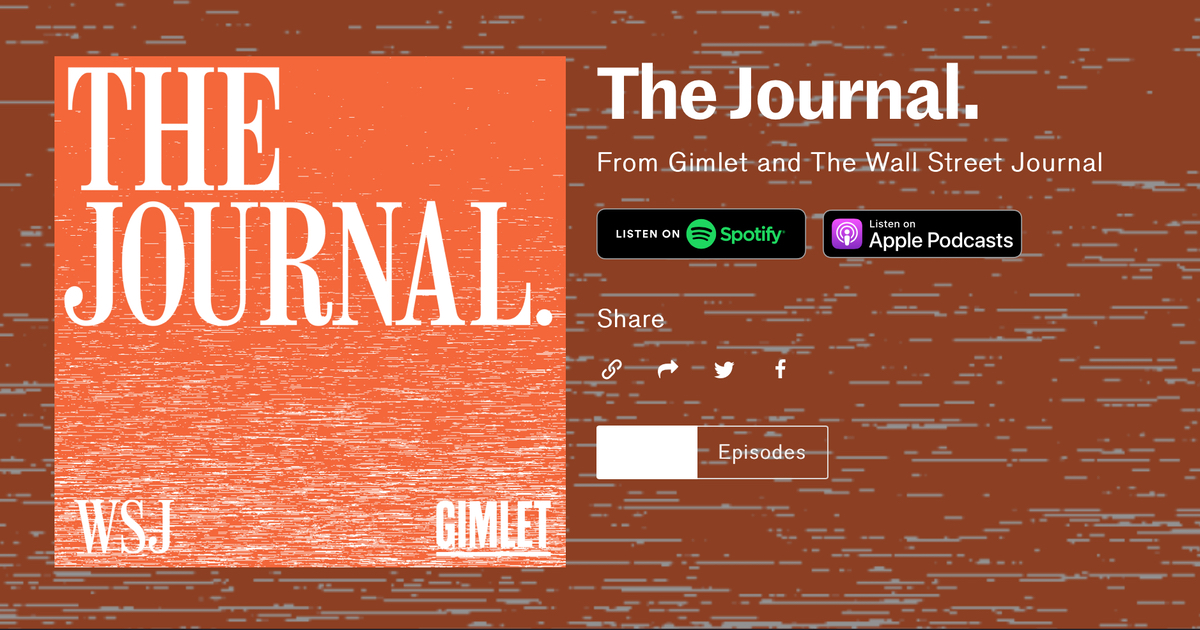 Gimlet, the Spotify-owned podcasting firm, and the Wall Street Journal will formally launch their podcast collaboration today. The Journal is “a podcast about money, business and power.”

We couldn’t think of a better partner than the Wall Street Journal and it’s been so exciting to combine their incredible reporting with Gimlet’s audio storytelling background to create The Journal.

The daily show, presented by WSJ journalists soft-launched over the Summer.  However, the companies are now going big. As well as Spotify, which bought Gimlet in February 2019, The Journal is available on Apple Podcasts, Sticher, and other key platforms.

It is all part of Spotify’s play in the podcast market, putting major pressure on Apple. Rumors emerged recently that Apple would fund original podcasts in response to Spotify’s moves. However, it is now understood that is not happening.