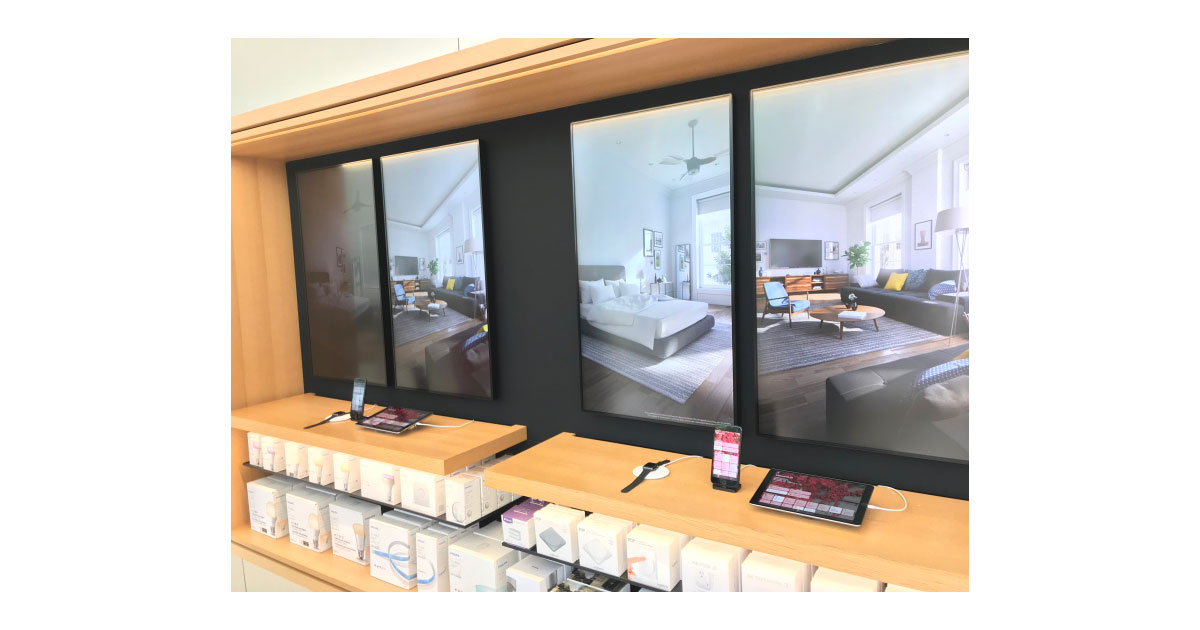 If you’re having a hard time wrapping your head around HomeKit and why you might want smart home devices you can now try them out it Apple’s own stores. The company has set up interactive smart home demonstration stations in 46 stores around the world, and is bringing non-interactive stations to the rest of its retail locations.

The interactive HomeKit demonstration stations include large displays that show smart home devices, along with an iPhone, iPad, and Apple Watch shoppers can use to control them in real time.

HomeKit is Apple’s unified platform for controlling smart lights, thermostats, door locks, garage door openers, window shades, ceiling fans, and more. Devices that support HomeKit can interact with each other and can be controlled from a single app even if they come from different manufacturers.

Adding HomeKit displays and interactive stations in its stores is a smart move because it gives people who aren’t familiar with smart home tech a taste of what’s possible. It also makes it easier to understand what home automation really is and how it can fit into our lives.

In my experience, people rarely get beyond “Why not just use the light switch” until I show them how I’m using HomeKit and smart home devices in my place. Since it isn’t practical for everyone to come hang out with me—as awesome as that would be—it’s nice to see Apple stepping up to help educate people on smart home tech.

If you’re planning on being around Crystal Lake, Illinois on July 15th and 16th I’ll be speaking about smart home technology at Macstock 2017. Come by so we can chat.

This primarily reminds me of “X10” or “PowerHouse” home automation devices sold at RadioShack in the 1990s. Back then I learned that it’s neat, however, a typical room has 7 or more outlets. It’s a fast way to increase one’s carbon footprint by purchasing and installing $50 outlet adapters and $90 color changing lightbulbs. Not to mention the time and effort spent to program it all. Programming lighbulbs to fade on at 6am like a sunrise lasted about a year until the novelty wore off and my wife’s work schedule changed; she became angry. Now, the X10 setup is only… Read more »