Some people have noticed that the app gifting ability seems to have disappeared in iOS 12.3.1. It sounds like it’s a bug, rather than an official decision on Apple’s part.

As of July 7, 2019, it appears there is no longer an option to “Gift” an app through the App Store (i.e. the Gift button doesn’t show up after clicking the “More” button from an app page). I used to be able to gift apps — has this feature been removed? 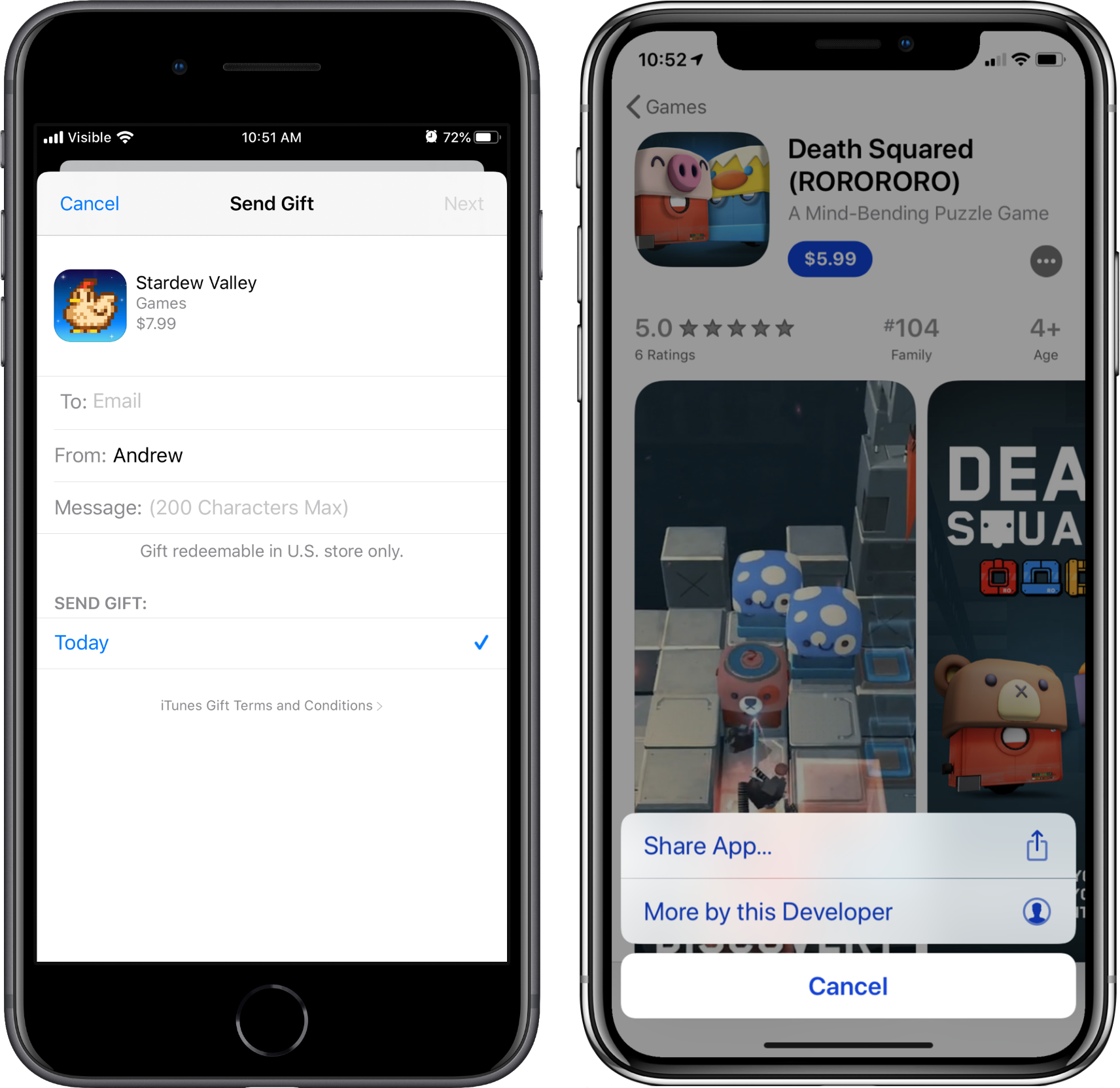 I’m currently running the latest iOS 13 public beta and I do have the app gifting option. But I’ve confirmed with someone running iOS 12.3.1 and they don’t see the option either. Since I see it, I’m assuming it’s a bug and not officially removed. However, assumptions are dangerous and I’ve emailed Apple to confirm. I’ll update this article if I get a response.