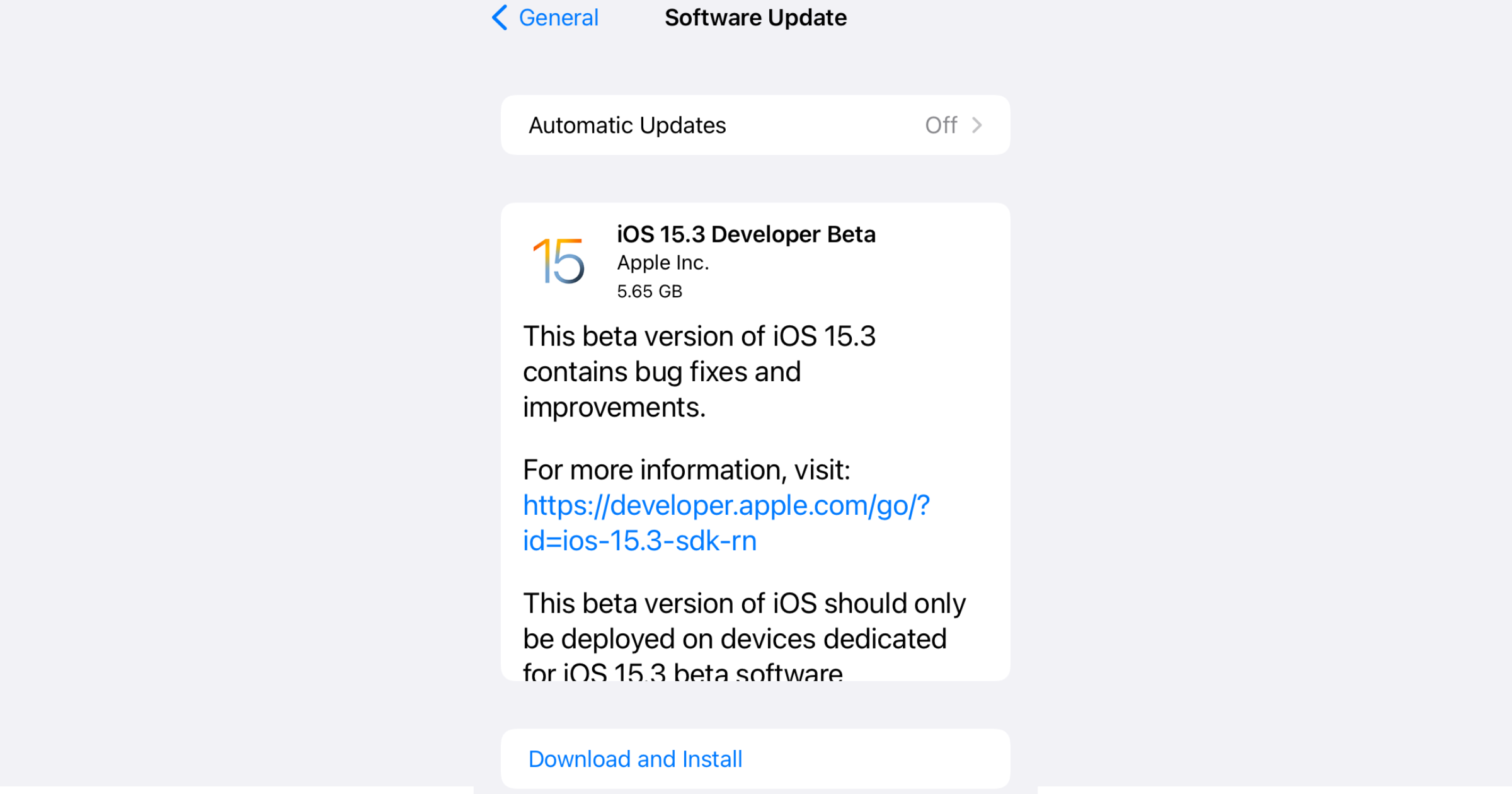 Apple seeded the first round of developer beta for iOS and iPadOS 15.3 on Monday. Both the developer (as pictured above) and the public beta (as spotted by 9to5 Mac) are available to those installed in the relevant programs.

iOS 15.3 Developer And Public Betas Out

The release notes on the iOS 15.3 developer say that it “contains bug fixes and improvements.” This indicates that no major new features are on the way, including the long-awaited Universal Control.

To install the software go to Settings > Software Update on the device on which your developer or Apple Beta Software Program profile is installed. As always, it is probably best not to do this on your main ‘daily driver’ device.