An iPhone 7 is being blamed for causing a car fire, and it’s already being compared to Samsung’s Galaxy Note 7 burning phone disaster. While it’s possible Apple is about to face a wave of burning iPhones, it’s possible iPhone 7 fire was an isolated incident, or that the smartphone wasn’t the cause. 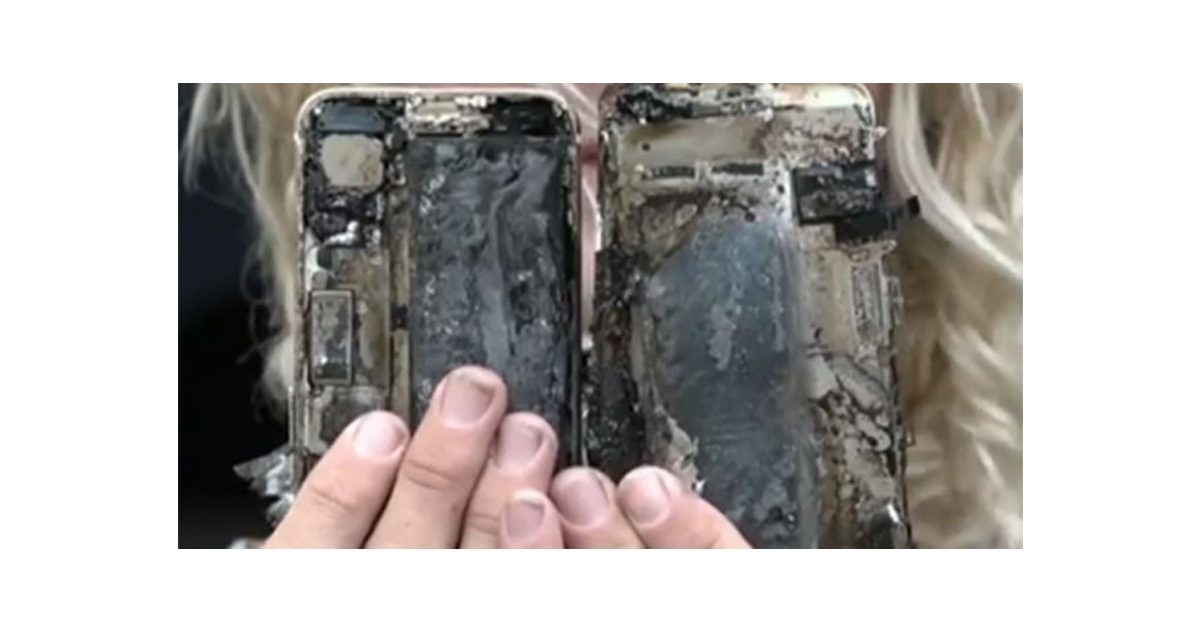 Mat Jones, a surfer in Australia, told 7News he found his car filled with smoke after returning from catching some waves. Inside the car he found a pair of pants on fire and underneath them his iPhone looking like it just came off of a barbecue grill.

Mr. Jones told 7News he’s certain the iPhone caught fire, burned his pants, and ruined his car. The comparison to Samsung’s Note 7 situation was inevitable, and may be appropriate, but it’s still too early to tell.

Samsung’s Galaxy Note 7 smartphone gained notoriety after several caught on fire following a catastrophic battery failure, burning cars, homes, and people. The company replaced customers phones with units it said were safe, but some of those burst into flame, too.

After nearly 100 Note 7s caught fire in a little over a month, the phones were recalled and banned from airlines, and Samsung stopped production. As of now, the Note 7 is officially dead, and the future of the Note brand is in question, too.

Burning iPhone 7 isn’t a scandal yet

Calling Apple a Samsung copycat, however, is a bit premature. Note 7 sales may have reached upwards of 5 million units, which makes the ratio of fires to phones much higher. The failure rate for lithium batteries is about 1 in 10 million, where Samsung was dealing with a substantially higher ratio at about 1 in 50,000. In Apple’s case, there’s a single reported iPhone 7 fire.

Apple is investigating the incident to determine what role the iPhone 7 played in this fire. Mr. Jones said he was using Apple’s charger, so that eliminates low quality third-party chargers that have caused iPhone fires in the past.

If Apple finds a product-wide defect, the company will likely act fast to address the issue to avoid the negative publicity and brand damage Samsung suffered with the Note 7. Considering this is the only know iPhone 7-related fire in the weeks since its launch, odds are this is a fluke and not a trend. Still, it’s good Apple is taking the fire seriously.

ibuck no, it depends on the manufacture and which port/outlet they were using, so it could be that it was in full recharge mode

You add the charging and the greenhouse factor, and he was cooking that iPhone. Was the person a Samsung Note 7 engineer to be soooo smart?

Was the car in full sun? What was the interior temperature? Many factors to this I’m sure.

Seriously, I suspect this is just propaganda. I wouldn’t at all put it past Sammie to pull something like this, the timing is just a little *too* convenient. I’d be very surprised if it becomes an issue.

Furbies, he probably didn’t want his iPhone visible and be a risk of theft while he was surfing so he hid it under his pants which presumably contained his wallet.

And don’t most cars made in the last 10 years or so stop power going to “peripherals” when the key isn’t in the ignition ?

Does Apple sell a car charger ?

The user reported that the iPhone was “under” his pants ?
Surely it’s not a good idea to put a device being charged under something that acts as a blanket ?
And don’t most cars made in the last 10 years or so stop power going to “peripherals” when the key isn’t in the ignition ?

Hereby let me state. I will physically harm the first person to call this FireGate or some such bullshit,.