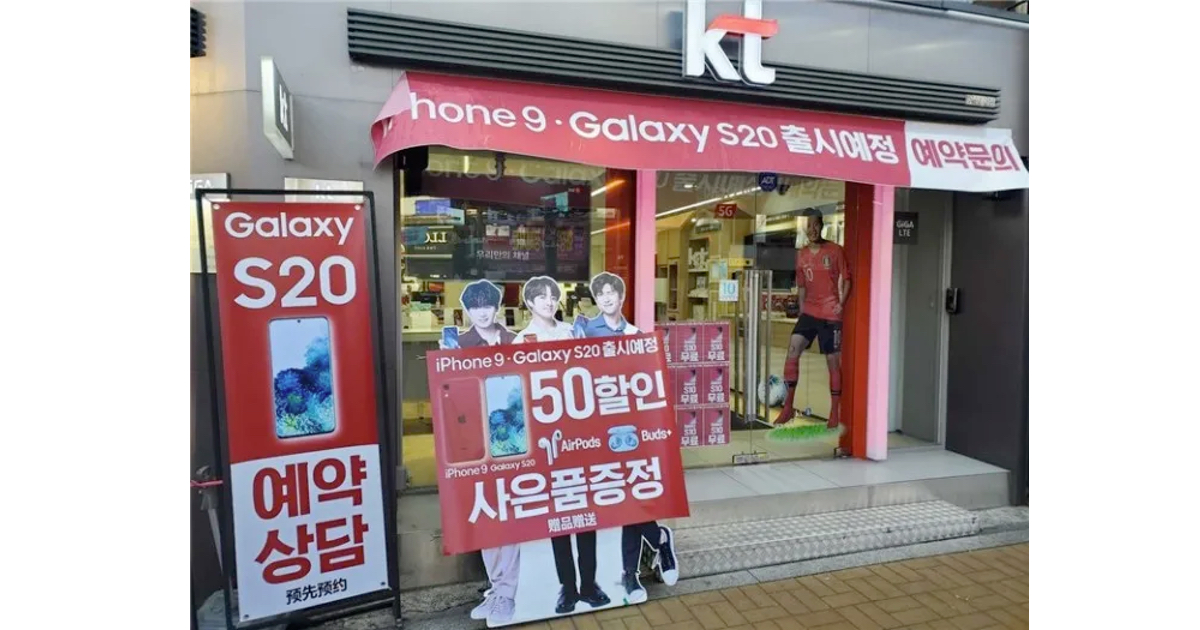 A sign for the much-rumored iPhone 9/SE/whatever Apple wants to call it was spotted on a poster in South Korea. The device was being advertised outside a Korean Telcom’s store, alongside the Samsung Galaxy S20.

The Korean Telecom’s store had, in fact, begun accepting pre-orders for the iPhone 9 and the Samsung Galaxy S20. My Smart Price noticed that the poster showed the image of the back of the Apple device, so not many clues there.

Obviously, this all comes with a lot of caveats. We have reason to expect that Apple will unveil a new, low-cost iPhone this year. It will probably have 3GB Ram, 64/GB/128GB memory, Touch ID, and be a similar size to the existing iPhone 8. However, we have no actual confirmation from Apple that such a device will exist or what the specs will be. Korea Telecom could be jumping the gun… or maybe they know something we don’t and the launch is imminent!