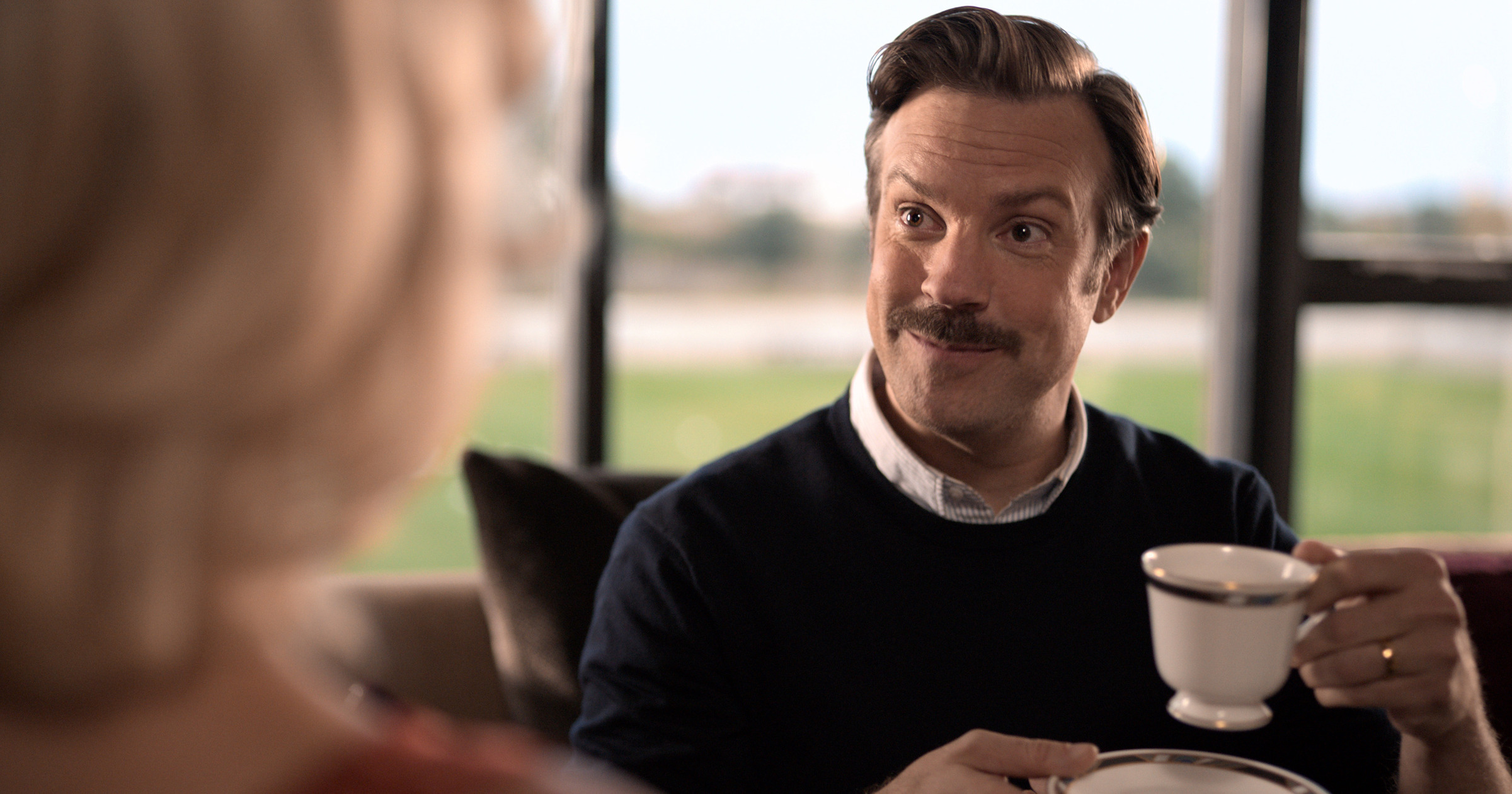 Jason Sudeikis (pictured above) continued the award season winning streak for Ted Lasso on Sunday. He was won in the Outstanding Performance by a Male Actor in a Comedy Series at the Screen Actors Guild (SAG) Awards 2021 for his turn as the football turned soccer coach in the Apple TV+ comedy.

However, it wasn’t a full house for Ted Lasso. The show lost out to Schitt’s Creek in the Outstanding Performance by an Ensemble in a Comedy Series category. The AFC Richmond squad did though open the show with a new clip, featuring them receiving a pep talk from their ever-enthusiastic coach. The whole thing is now available to view on Twitter. It’s rather reminiscent of the sketches and adverts in which the character of Ted Lasso first appeared and has some genuinely funny moments. The Schitt’s Creek team seemed to appreciate it too:

It’s the second successive year an actor has picked up a SAG Awards win for a performance in an Apple TV+ show. In 2020, Jennifer Aniston won in the Outstanding Performance by a Female Actor in a Drama Series category for her role in The Morning Show.

Update: According to The Hollywood Reporter, Jason Sudeikis also won in the Lockdown Awards Season Fashion category too.