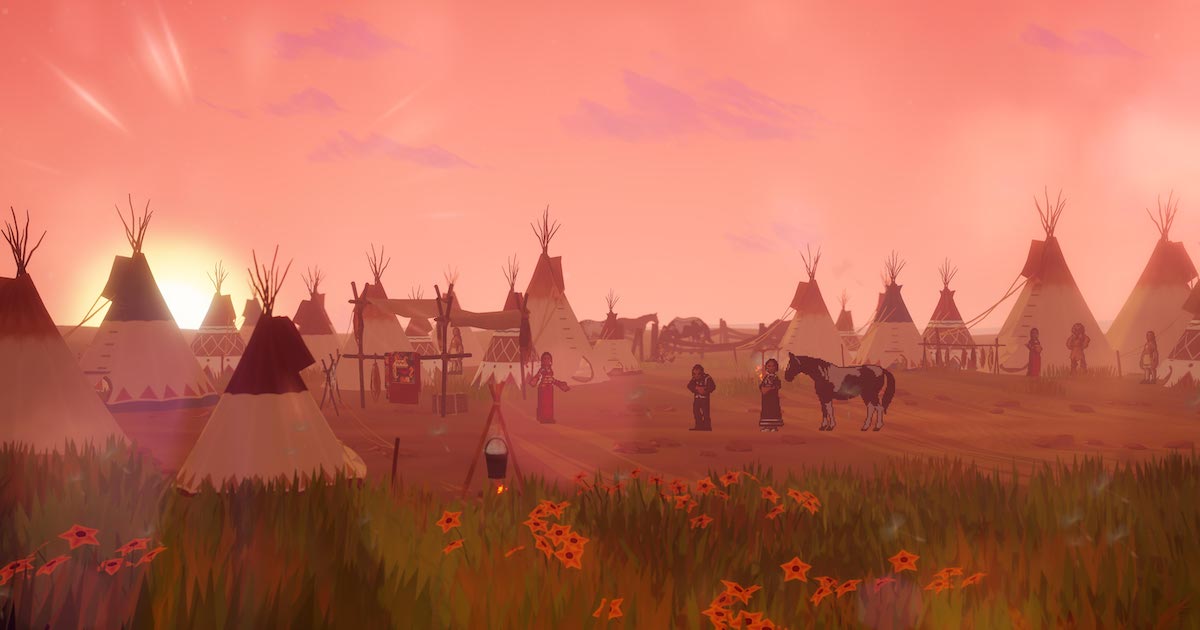 If you want to both play and walk the Oregon Trail, that’s a thing now. In the latest update to The Oregon Trail on Apple Arcade, creator Gameloft has added new integration. For what might just be the first time, Apple Arcade and Apple Health come together to help gamify healthier habits.

The Oregon Trail game was updated Friday on Apple Arcade with a new integrated Health experience. The idea behind it is to motivate gamers to walk the 2,000 mile path in real life. No, that doesn’t necessarily mean going on a Forrest Gump-style trek across the country.

Instead, an integrated “Walk the Trail” feature takes advantage of data from the Health app on your iPhone. As you step through your day, you walk a virtual Oregon trail that crosses Fort Kearney, Fort Laramie, Fort Hall, and more. All told, the experience spans 64 real-world locations on your way to Oregon City.

Along your journey, be sure to check your progress in the game. You’ll also find a stats screen to highlight your daily steps, days traveled, locations visited, and more. Gameloft has even introduced a trivia screen that will educate you about the milestones you pass and how they mattered in the real-world Oregon Trail back in the 1800s.

The only other game and Apple Health integration I’m familiar with was introduced in 2018, when Pokémon GO introduced its Adventure Sync feature. This allows you to use your walking distances to earn candy and hatch eggs even when the game wasn’t running.

Of course, folks who don’t subscribe to Apple Arcade aren’t left out. At least, not if they have an Apple Watch. Gameloft has also introduced a new step-tracker app for the smartwatch based around the Oregon Trail.

Apple Watch owners can download The Oregon Trail: StepTracker to start their own journey from shore to shining shore. Just like the Apple Arcade experience, you get your walking habit gamified. This standalone step tracking app brings the trivia and motivation of getting to Oregon City before winter to your wrist.

The Apple Watch app lets you move through 11 settlements and explore 22 natural features. It also highlights 15 river crossings, 8 landmarks, and 8 Pony Express stations. Gameloft has divided the journey into five legs, so you can take on the Oregon Trail one chunk at a time.

Both games integrate with Apple’s Health app. Whether you’re walking, jogging, running or pushing a wheelchair, your progress syncs from Apple Watch or your iPhone to the game experience.

According to Gameloft, “The average greenhorn walking 10,000 steps per day can make it to Oregon in just over a year. Want to reach Oregon before the harsh winter sets in? Don’t walk, RUN!

Apple Arcade subscribers can get in on the action as part of their subscription. The Oregon Trail is available for Mac, iPhone, iPad and Apple TV. The standalone Apple Watch app is available even to those who don’t have Arcade.