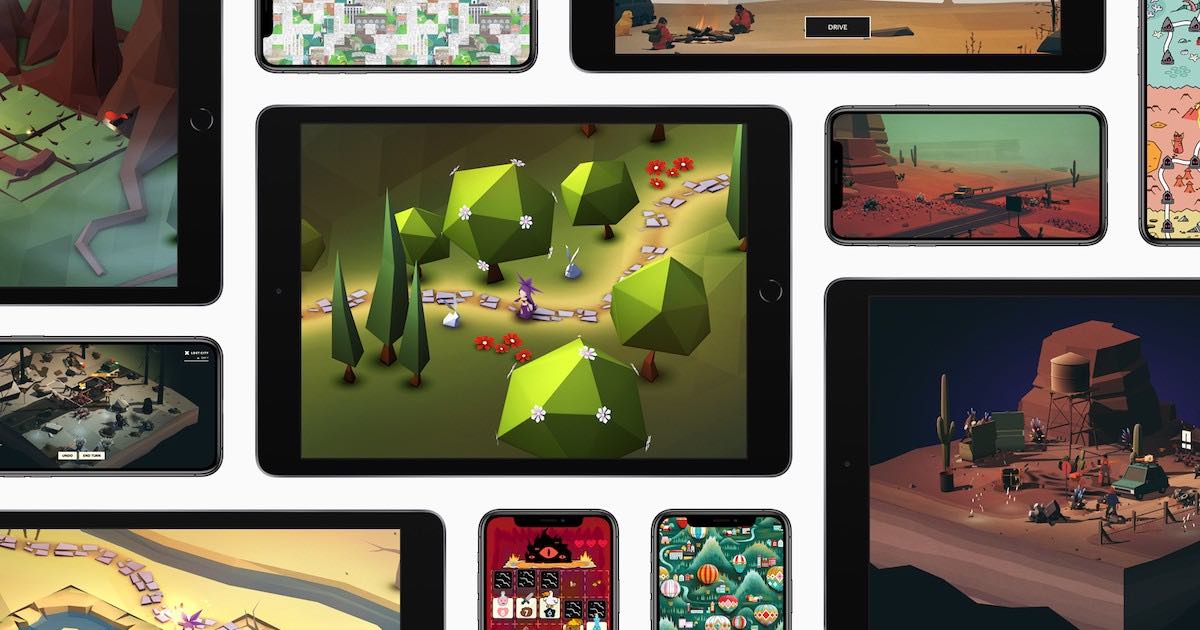 Apple has announced through the App Store some new games that are coming to Apple Arcade throughout July. Subway Surfers Tag and HEROish will be exclusive to Apple Arcade, whereas the popular tower defense Kingdom Rush Vengeance TD+ will also arrive this month.

Introduced in March 2019, Apple Arcade is the world’s first gaming subscription service for mobile, desktop and the living room. Top games include NBA2K2, Little Orpheus, Rayman Mini and What the Golf.

Concerning the new arrivals, let’s take a look at each.

On July 15, Subway Surfers Tag will make its exclusive debut on Apple Arcade. The game arrives from Sybil Games ApS. Users will skate, grind, tag and escape across multiple cityscapes.

Join the Crew across multiple off-limit, interactive city locations. Skate over the retired trains in the railyard, play in the park after dark, pick up some power-ups at the cargo docks or investigate the mysterious underground. But watch out! Guard is not about to put up with these shenanigans and is hot on your heels – and this time, he’s brought reinforcements!

Additionally, players will be able to collect arena Medals and use them to unlock the next chapter of their journey. Users can also use score multipliers and power-ups to set new high scores.

‘HEROish’ is Another Apple Arcade Exclusive

Another Apple Arcade exclusive to launch this month will be the multiplayer game HEROish, which arrives July 22.

From developer Sunblink, the company stated,

Play as one of six epic heroes, summon troops, sling spells, and destroy enemy towers to achieve victory in this exciting head-to-head castle defense game. Players can enjoy single-player adventures with three campaigns filled with campy storytelling, sweeping musical scores, and hand-crafted environments. Or they can dive into fast-paced battles with friends and family in competitive 1v1 or 2v2 matches. Players can build custom decks and upgrade cards to create monstrous combinations of troops and spells as they aim to defeat their opponents, destroy the Soul Gem that gives them power, and move to the top of the leaderboards.

Get ready to jump into action and show the Kingdom who’s the real boss in the best tower defense game!
Face empires of mighty enemies. Clash against supreme bosses, unlocking and switching to new towers. Train legendary heroes and get all the achievements using your strategy in this amazing TD game.
Kingdom Rush Vengeance will give you hours and hours of gameplay in the best tower defense game available!

Players will be able to choose from 14 different heroes, while also being able to discover a wealth of new trinkets and artifacts to boost the action while in battle. Additionally, players will also get to enjoy new powers and reinforcements, over 30 upgrades, and over 60 different enemies for a truly unique gaming experience.

In further Apple Arcade news, Arcade and Apple Music revenue is likely to climb 36% by 2025. This is largely in thanks to the rising popularity of mobile games. Additionally, the retro Oregon Trail is getting a serious revamping that will include Apple Watch and Health integration. The classic game will likely bring in new and old fans.