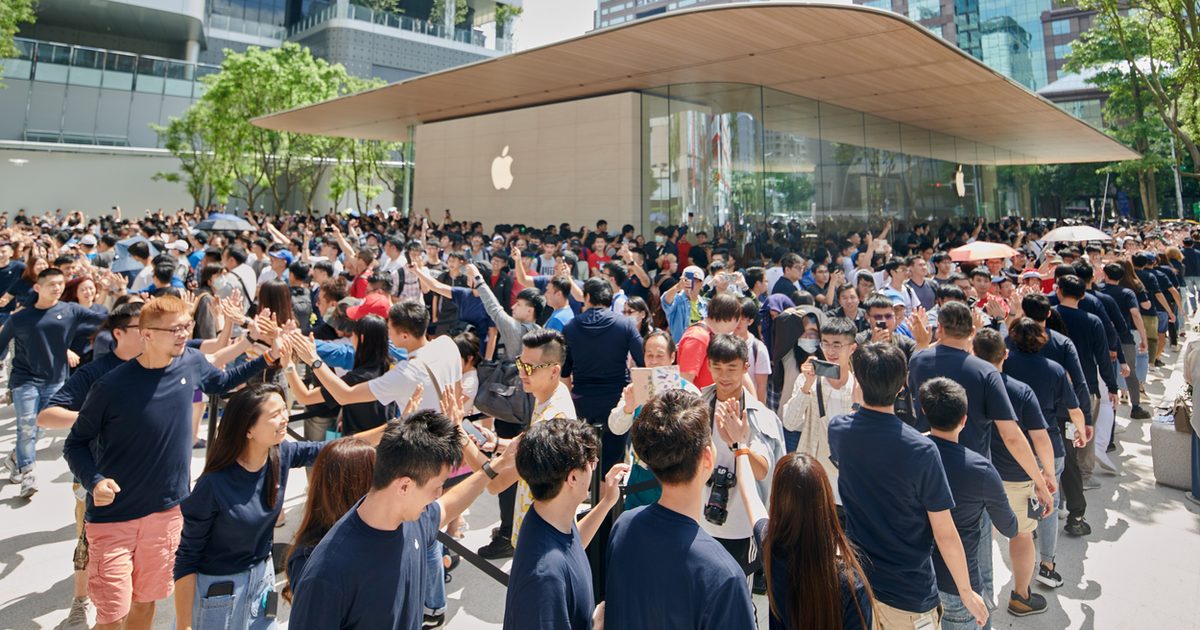 The Xinyi A13 Apple store is located in the Xinyi district of the city. The store is on two levels. It contains a canopy of trees instead where users can get support. This Genius Grove replaces the more traditional Genius Bar.

Singer Eve Ai entertained customers during the opening day. The store will host a number of art-focussed Today at Apple Sessions in the coming weeks.

Tim Cook welcomed customers to the new store via Twitter:

Xinyi A13 is the second Apple Store in the city. Apple said the new store has 155 team members. Half of them come from the Taipei 101 Apple Store or across the region.