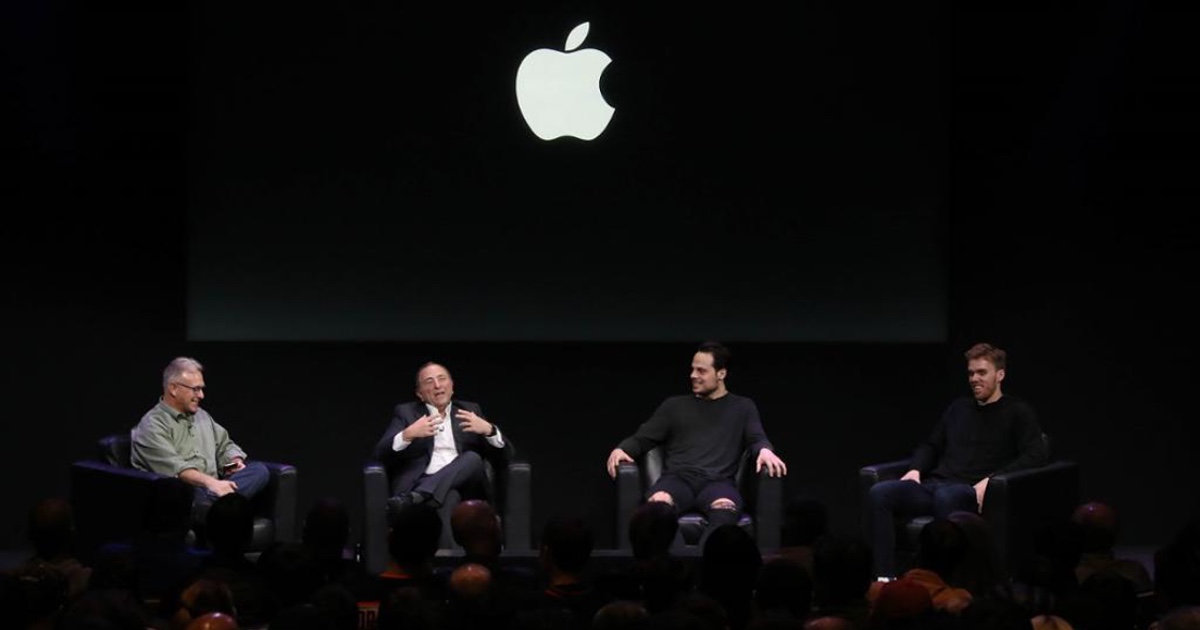 The National Hockey League (NHL) Commissioner visited the Apple Campus Thursday in the run-up to the sport’s All-Star Weekend. Alongside two of the game’s stars, in an auditorium packed with 300 Apple employees, he explained why Apple products play such a central role in the sport.

On Wednesday, Apple staff had had the opportunity to see the Stanley Cup at Apple Park. The panel discussion a day later was hosted by Phil Schiller, Apple Senior Vice President of Worldwide Marketing. Apple broadcast it online for employees who could not attend.

Transforming, not Changing, the Game

Edmonton Oilers center Connor McDavid and Toronto Maple Leafs center Auston Matthews accompanied Commissioner Gary Bettman for the panel discussion. Mr. Bettman said: “We love the collaboration that we have with Apple. It has helped transform the game without changing the game itself.”

NHL Officials use iPads for video reviews to help them make decisions in a sport getting ever faster. Mr. McDavid said: “You get out there, and these guys are flying around. We have two refs that are looking to call penalties, we have two linesmen, and it’s not enough. You can’t bring more refs. So what are you going to do? You’ve got to turn to technology. “

Players and coaches also use iPads to conduct analysis when off the ice, the players noted. “Our assistant coach is coming up with the iPad telling us what we’re doing wrong and stuff like that,” Mr. Matthews explained.

This will soon be aided in real time, by the new SAP-NHL Coaching Insights App for iPad. Apple, SAP and the NHL worked together to deliver the app, which provides a huge range of stats in real time. Mr. Bettman said: “To have the ability for players and coaches to get even greater insights into what’s going on in the game, to make the adjustments that make a team more competitive and successful, is great.”

Mr. Bettman explained that “what we try to do is innovate and create around the game itself without disrupting the essential elements of the game so when can enhance the fan experience.” He said that “our collaboration with Apple and things like the Coaching Insight, which we do with SAP and their cloud platforms, are all designed to make it better for the players, make it better for the coaches and most importantly make it better for the fans. So we’re grateful for all we do together.”