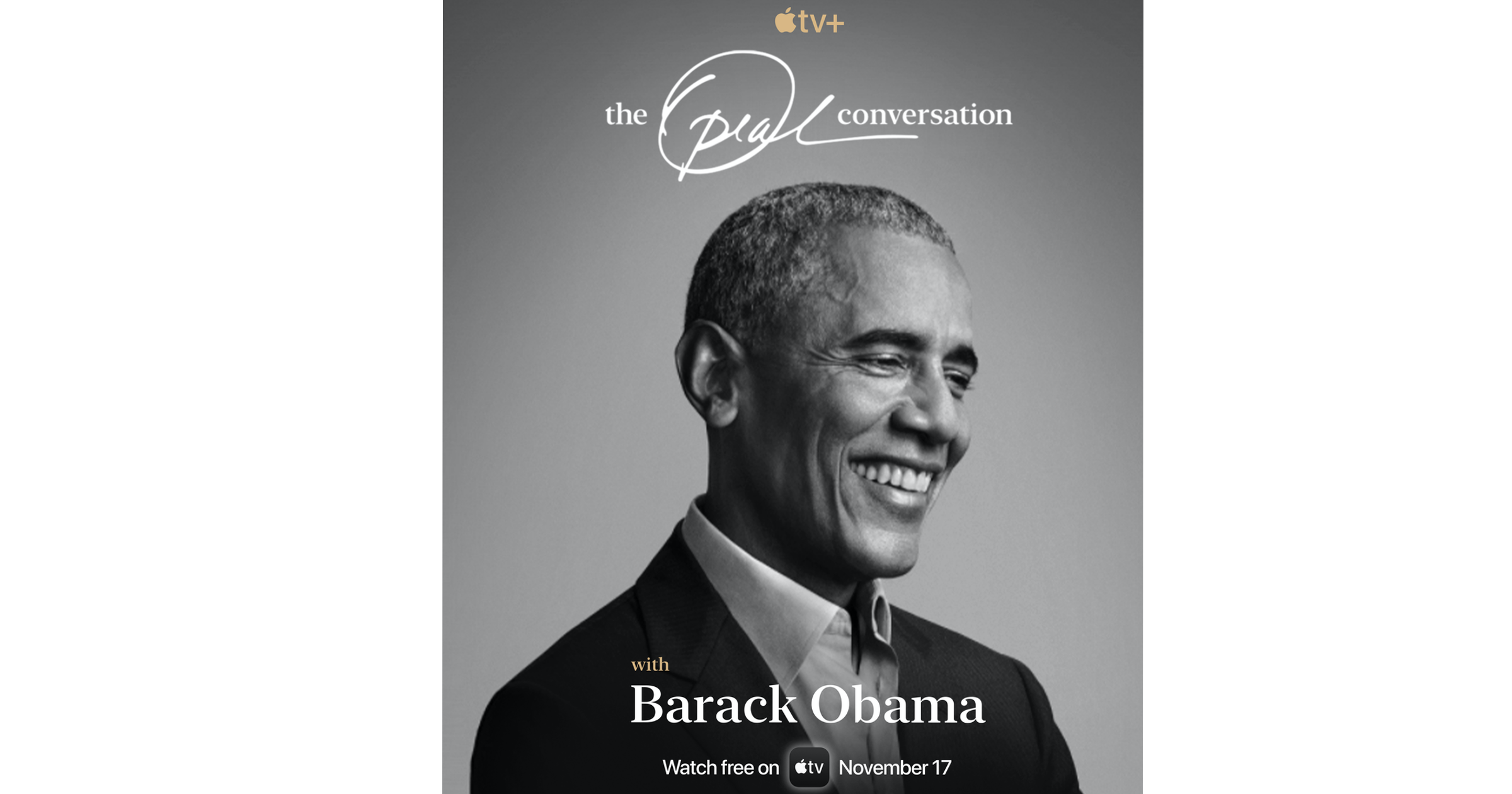 An interview of President Barack Obama by Oprah Winfrey will premiere on Apple TV+ on November 17. The conversation will focus on the 44th president’s new memoir A Promised Land.

The interview, part of the Apple TV+ series The Oprah Conversation, in which the talk-show icon leads conversations with various newsmakers on key topics.  The episode with President Obama will be available for free from November 17 at 9 AM ET / 6 AM PT through Tuesday, December 1. The two will discuss the years that led up to Mr. Obama running for and winning the presidency, and the expectations he faced once in office.

This book was worth the wait. Everybody who reads it is going to be on this journey from the grueling and monotonous grind of the campaign, to taking us inside the Oval Office and the Cabinet Room and the Situation Room and sometimes, even the bedroom. This book has both the intimacy and the grandeur coming through in this memoir, and I have so been looking forward to speaking with him about all of it.