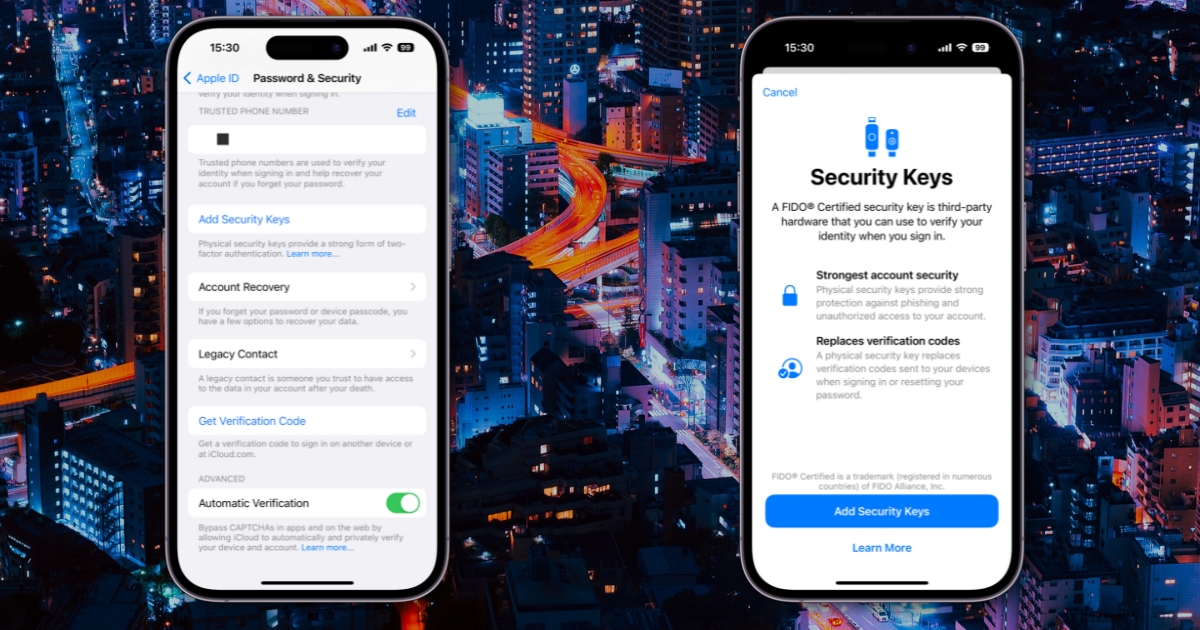 Recently, Apple announced that it would introduce support for physical security keys in 2023. Security Keys allow users to have a physical, hardware key to use when logging into an Apple ID. In beta 1 of iOS 16.3, iPadOS 16.3 and macOS Ventura 13.2, the Cupertino-based tech giant is beginning to test physical security key support.

Security Keys can be added as a third-party option to your Apple ID account. They serve as an extra layer of protection. Once set up, the Security Key will be required to log into into a new device or access an Apple ID.

As of iOS 16.3 beta 1, iPadOS 16.3 beta 1 and macOS Ventura 13.2 beta 1, this support is live. These beta seeds rolled out to developers Wednesday. Public beta testers got the new versions on Thursday.

Traditionally, Apple devices have relied on verification codes. These are sent to the device in question for authentication when logging into another device. However, physical security keys provide stronger protection against phishing attacks and unauthorized account access.

Apple stated that its iPhone, iPad, and Mac devices will support FIDO Certified security keys. These include compatible Lightning and NFC security keys by Yubico and others.

The addition of physical security keys to Apple ID marks a significant move towards stronger account protection for the tech giant’s users. As cyber threats continue to evolve and become more sophisticated, it is crucial for everyone to stay ahead of the curve and implement measures to safeguard data and personal information.

To set up a security key on a device running the beta, Apple instructs users to go to their Apple ID settings and follow the instructions under the “Security Keys” section. In the future, we will offer a guide on adding a Security Key to your Apple ID.