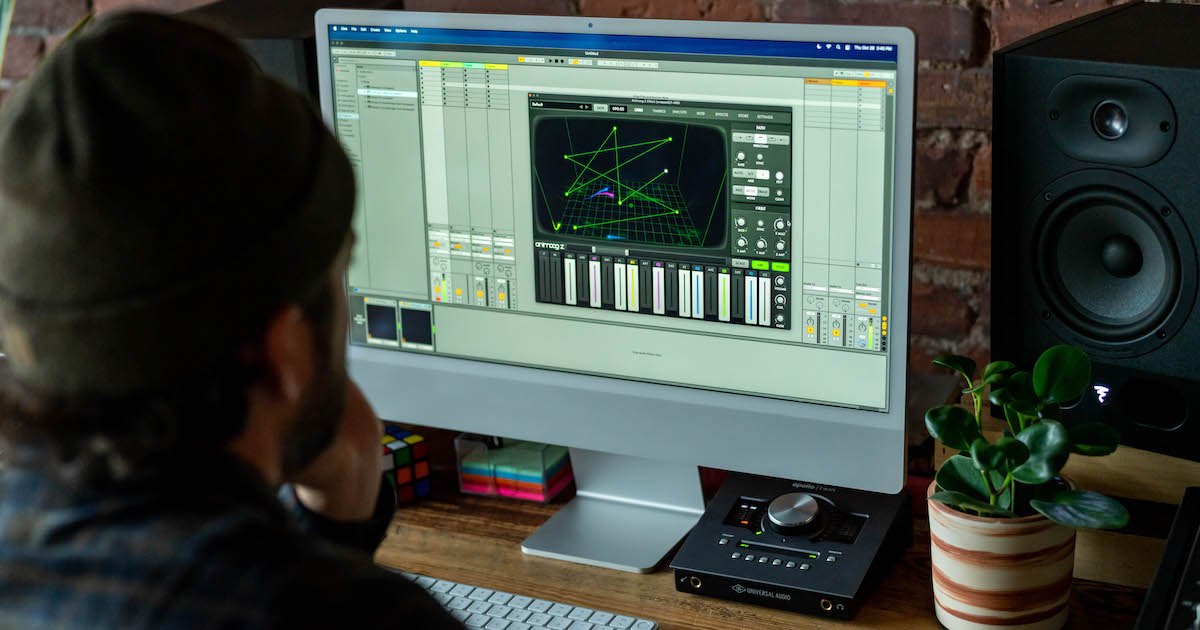 In 2011, Moog Music brought us Animoog. Its innovative approach to sound design, along with a uniquely interactive touch surface interface, revolutionized making music on iOS. An even more robust iteration of the software is available now, for more devices. Let me introduce you to Animoog Z.

When Animoog first released in 2011, it was an iPad-only app. Not surprising, since the iPad was the software-based musical instrument of choice at the time. That year, the iPad dominated Musikemesse, the world’s largest trade show for musical instruments and audio recording technology.

The app took the familiar design that Bob Moog pioneered in the 1950s and moved it forward. Wired called the app “hours of fun, even if you’re not very musical. This is what the iPad was made for.”

The folks over at Moog Music, 10 years later, wanted to bring that fun to more devices. So, they’ve released Animoog Z for iPhone, iPad, and even macOS. The new app boasts “more futuristic functionality and creative workflows for the next generation of producers and sound designers”.

Under the Hood of Animoog Z

To write technically, Animoog Z is a 16-voice polyphonic synthesizer. It incorporates the Anisotropic Synth Engine (ASE) that Moog is known for. This tool uses an orbit system to visualize wavetable and vector synthesis.

By directing and layering your sounds through the app’s X, Y, and Z axes, you create music that’s both visually captivating and sonically immersive. I’m nowhere near ready to actually offer up my review of the app, but I will say this. I love watching the colored dots representing the notes and chords I’ve played orbit and bounce around on the screen.

The Musical Power in the Hands of a Professional

Suzanne Ciani, an electronic music pioneer and modular synthesis icon, was one of Animoog’s earliest adopters. She loves the app’s power and expressiveness not only in the studio, but in live performances. Ciani said, “I love its playability, being able to tune the scale and glide over the sensitive keyboard where any note brings awesome expression. A bass note can rouse a crowd—it couldn’t be more compact and road-worthy”.

Ciani was also one of the earliest testers of Animoog Z. The five-time Grammy award-nominated composer demonstrates the power of the new app in a video from her seaside home studio, “Currents”.

Get In On the Fun Yourself

Animoog Z is available for download now on the Mac and iOS App Store. The app is free, and requires iOS or iPadOS 14.4 or later, or macOS 11.2 or later.