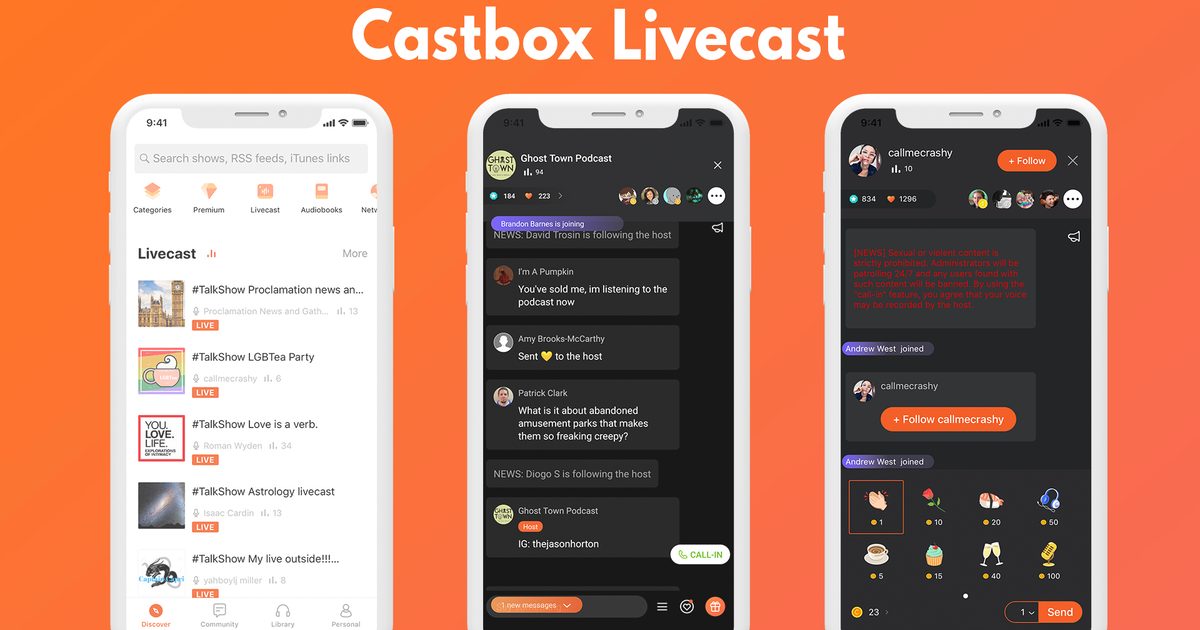 Castbox is following in the footsteps of Twitch, Facebook and YouTube in introducing live streaming. Renee Wang, founder and CEO of Castbox said:

Podcast listeners are already considered one of the most engaged audiences but podcasting itself has largely been a passive activity. As a dedicated podcast platform catering to power users, we’re introducing an interactive element that pulls the audience into the show to immerse them in audio content in an entirely new way.

Livecast will also allow users to receive virtual gifts from listeners. In-app currency will allow users to send podcast hosts the emoji-like gift. The podcasters can cash out these gifts via PayPal.  “As the podcast industry becomes more saturated and the race for original content heats up, our strategy is to innovate on the user experience with new features that elevate the podcasting experience beyond its roots as a static medium,” said Ms. Wang.

Castbox will host a number of live ‘Ask Me Anything’ sessions with top podcasters during the beta testing phase of Livecast. Upcoming shows include:

Gary Vaynerchuk (The GaryVee Audio Experience), Justin Long (Life is Short with Justin Long), and Helen Zaltzman (The Allusionist) are also set to host live shows. The dates of those had not been confirmed at the time of this writing.