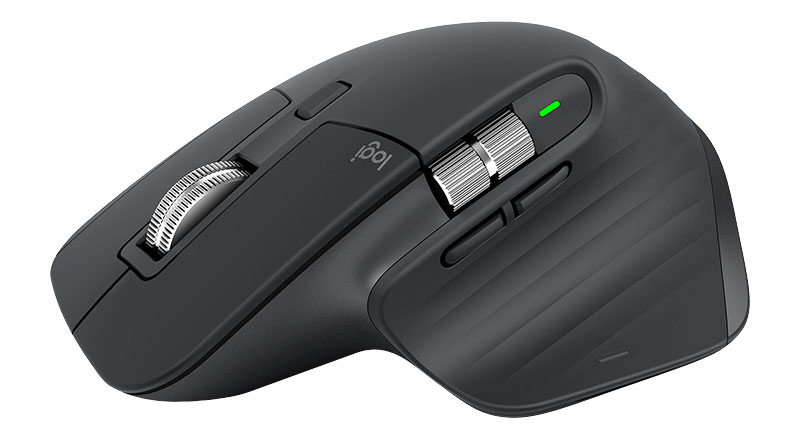 Logitech announced the MX Master 3 mouse Wednesday, and I’m not going to lie to you: I am very, very excited about it. The next generation of the company’s MX Revolution/MX Master family of mice reinvents the variable scroll wheel yet again, and this time they’re doing it with electromagnetism. This is what it looks like:

The MX family of mice is the most ergonomic mouse(s) I have ever used, but what makes it the best mouse on the planet is the scroll wheel on top. The scroll wheel is weighted, and it can spin in a ratcheted fashion, or in a weighted, free-spin mode—and it can switch between the two. That means you can have it click for slow scrolling and with a flick of your finger, it free-spins, zooming through even the longest document.

The MX Master 3 is doing this with an entirely new mechanism Logitech calls MagSpeed Scroll Wheel. Firstly, it’s now made of machined steel, and the company got rid of the rubber coating used on the MX Master 2S. That should give the scroll wheel the kind of heft it had in the original MX Revolution mode, and I can’t wait to test it.

But, it also uses electromagnetism, and Logitech says that free-spin mode is silent. That sounds super fun, at the very least, because everyone knows magnets make stuff better. The company says it’s 90% faster and 87% more precise than normal mice, but I want to know how it compares to the 2S.

Also, Bob LeVitus reviewed the MX Master (the first updated version of the MX Revolution) for us in 2015. He loves this line as much as I do.

The side scroll wheel has been redesigned, too, and is also machined steel. It’s bigger than the side scroll wheel on the 2S, and it’s positioned differently. Until I test it, I won’t know if that makes it easier to use, but I’ve never made the most of the side buttons on the S2.

The MX Master 3 also charges its internal battery with USB-C, a change from the micro-USB port the company as used before. That internal battery lasts up to 70 days on a charge, but I doubt that’s with actual use. Also, you can get up to 3 hours of use from 1 minute of charging, which is terrific.