We’re still more than a year away from the reopening of Apple’s flagship Fifth Avenue store in New York. The store closed earlier this year for renovations and a new report claims the location won’t reopen until some time around November 2018. 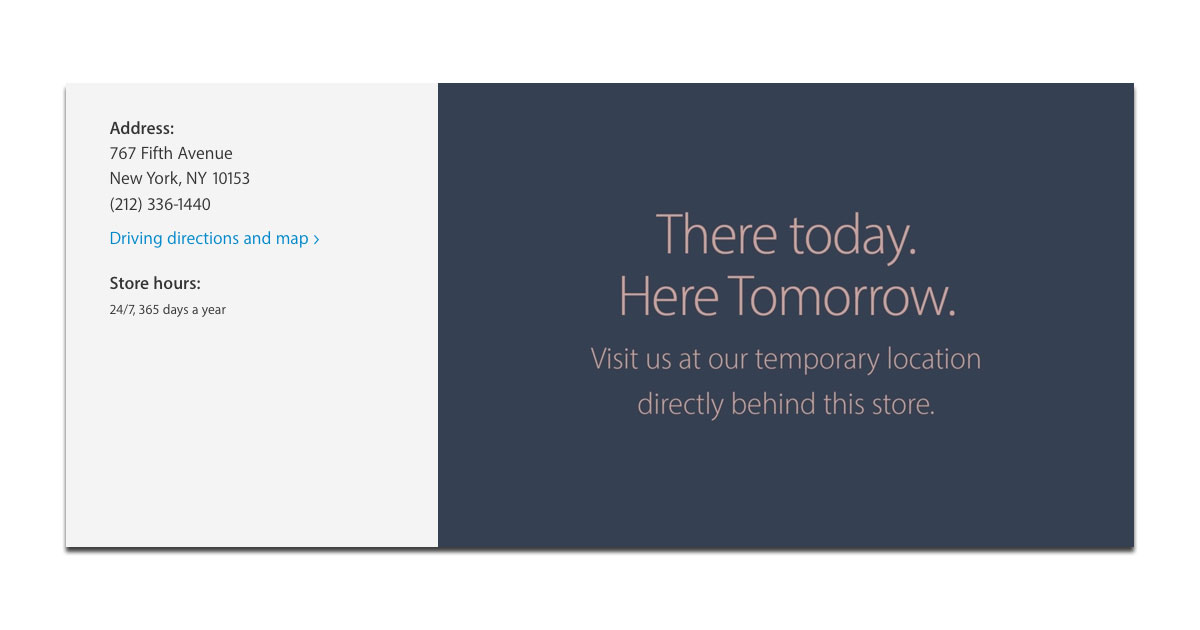 Construction is scheduled to wrap up on October 31st, 2018, which puts it on track for a November opening—assuming everything stays on schedule. The iconic glass cube surrounding the store entrance has been dismantled during the renovation project and will presumably be back in place in time for the reopening.

Apple’s redesigned store is expanding to more than twice the size of the original. The project is big enough that the location had to be temporarily shut down so construction crews can get in to do their job.

The current schedule should have the store open in time for the 2018 holiday buying season.

Apple isn’t leaving customers and its own staff high and dry during the remodeling project. The company set up shop in the former FAO Schwarz store next door and will move back into its permanent location after the construction crews wrap up.

[Thanks to MacMagazine for the heads up]