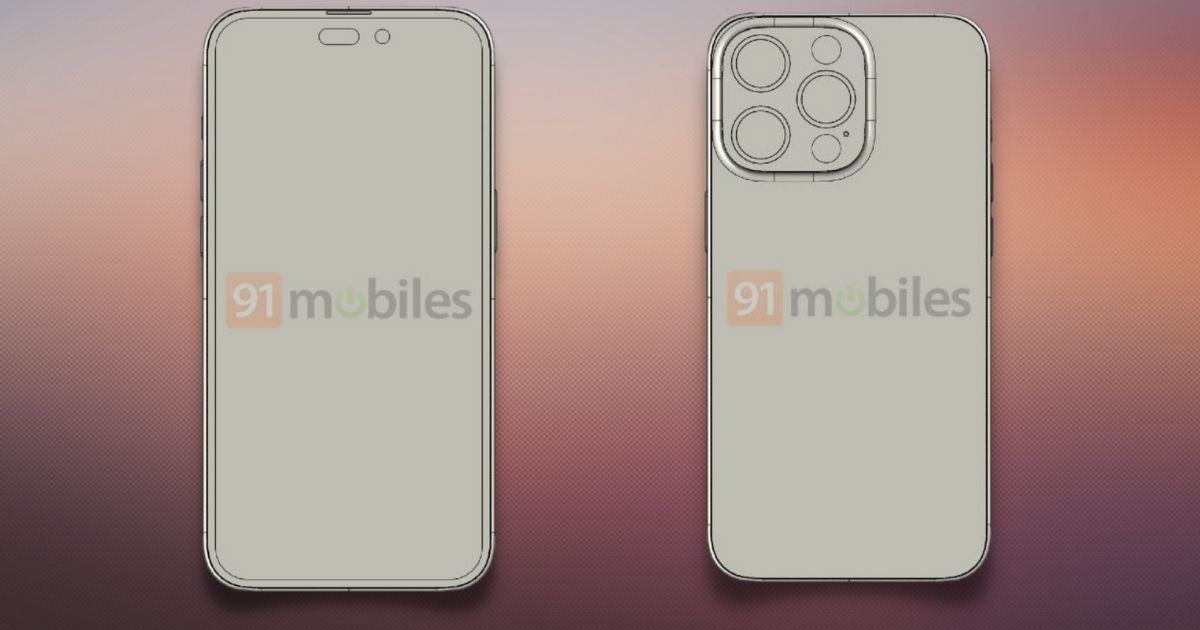 Rumors continue to swirl about the upcoming iPhone 14. This is nothing new, since it happens every year. However, the promise of the ill-reputed notch being reduced or eliminated has made some of the buzz more intense. Now, we may have our first glimpse into the redesigned hole punch and pill cutout design, courtesy of a set of leaked iPhone 14 CAD renders.

In the months leading up to a new iPhone release, CAD design files inevitably leak. Accessory makers, especially those designing cases for the new handset, depend on these. The files leak, often, from somewhere in Apple’s supply chain. We tend to see a dramatic uptick in these leaks closer to fall, but some are already floating around.

The latest batch of renders (via 91mobiles) comes from allegedly-leaked CAD drawings by “industry sources.” They depict the iPhone 14 Pro design, looking much the same as the current iPhone 13 Pro. The drawings and renders show a large camera bump on the rear of the handset. The volume buttons and switch are placed beside the SIM card slot.

Significant Changes to the iPhone Notch

Probably the biggest change is the removal of the notch on the front of the iPhone 14 Pro design. Instead, the Cupertino-based company is incorporating a design featuring a pill and hole punch cutout.

This would effectively eliminate the dead, wasted screen space inside the current notch design. There is still space in the screen taken up by the Face ID sensors and forward-facing camera, but not nearly as much as in the current design.

These type of CAD files are typically used to design cases, though. Details that don’t really affect the fit of the cases might not be accurate. After all, rumors of Apple removing the SIM card slot altogether won’t matter in designing an iPhone case.

It will be interesting in the coming months, watching how these leaks and renders evolve as we get closer to the fall announcement.