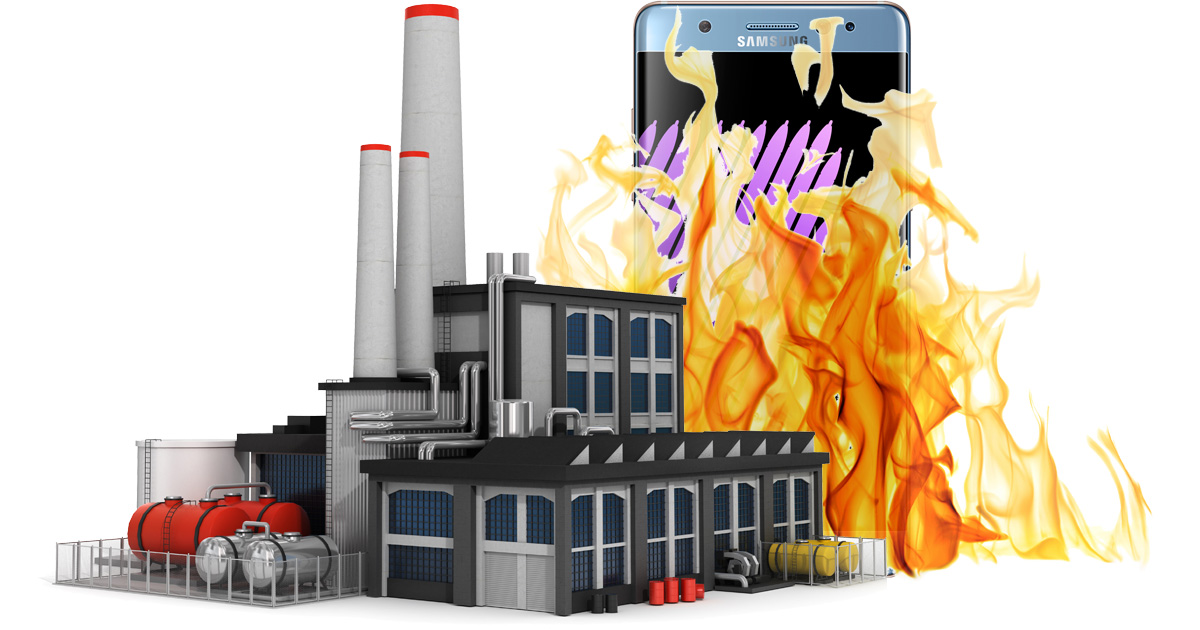 The fire broke out in the waste storage area at the Samsung SDI’s Tiajin factory in China. That just so happens to be where defective Note 7 batteries were being stored.

Samsung’s Galaxy Note 7 was supposed to steal away Apple customers ahead of the iPhone 7 launch, but instead became the center of a serious safety threat when the phones started catching fire. Several people were injured and property was destroyed thanks to the combustable phones.

The Note 7 was banned from flights because of the fire risk it posed, and Samsung ultimately had to recall the phones and stop production. Samsung eventually confirmed the cause of the fire was a battery defect that could lead to catastrophic failure.

Samsung SDI said the fire was minor, according to Reuters. “Minor,” in this case, is likely a relative term because it took 110 firefighters and 19 trucks to put the fire out.

Company spokesperson Shin Yong-doo said most of the factory is running normally. We’ll have to go with “normally” in the relative sense because there were 19 fire trucks working to put out the battery fire.

It’s possible the waste containment system wasn’t up to the task, or that Samsung didn’t expect the batteries to catch on fire—you know, like they did in the Note 7. Regardless, it sounds like the fire is out now and the factory is up and running making more (hopefully less combustible) batteries.

Regardless of how many firefighters were there they still had a fire in there battery factory. And there containment should have been fire proof and sealed for batteries that were supposed to be garbage. So in reality there should not have been a fire there at all. And Samsung deserves all the Karma it gets for getting away with stealing. The picture of the factory showed quite a bit of black smoke so that fire wasn’t that small and when one battery catches fire they all go up in a hurry.

The Reuters article actually says “It added it had sent out 110 firefighters and 19 trucks to put out the fire.”. What I said, they would send out all they have got to a place like this; doesn’t mean they were “working to put out the fire”, that’s a change made by MacObserver.

Just saying: If there is a place where tons and tons of potentially hazardous batteries are stored, firefighters will come out in full force, no matter how big or small the fire is. If they are lucky then the quickest one or two solve the problem quickly, and the others can turn around and go back home without ever coming close to the fire. But you don’t want to wait until you know that the fire is big and more help is needed to call everyone out. So you can be sure that every fire engine and fire fighter nearby… Read more »

Oh I don’t know. I think this is karma nailing Samsung. I like to think karma like good press.

it’s totally OK for us to poke fun at Samsung’s latest misfortune.