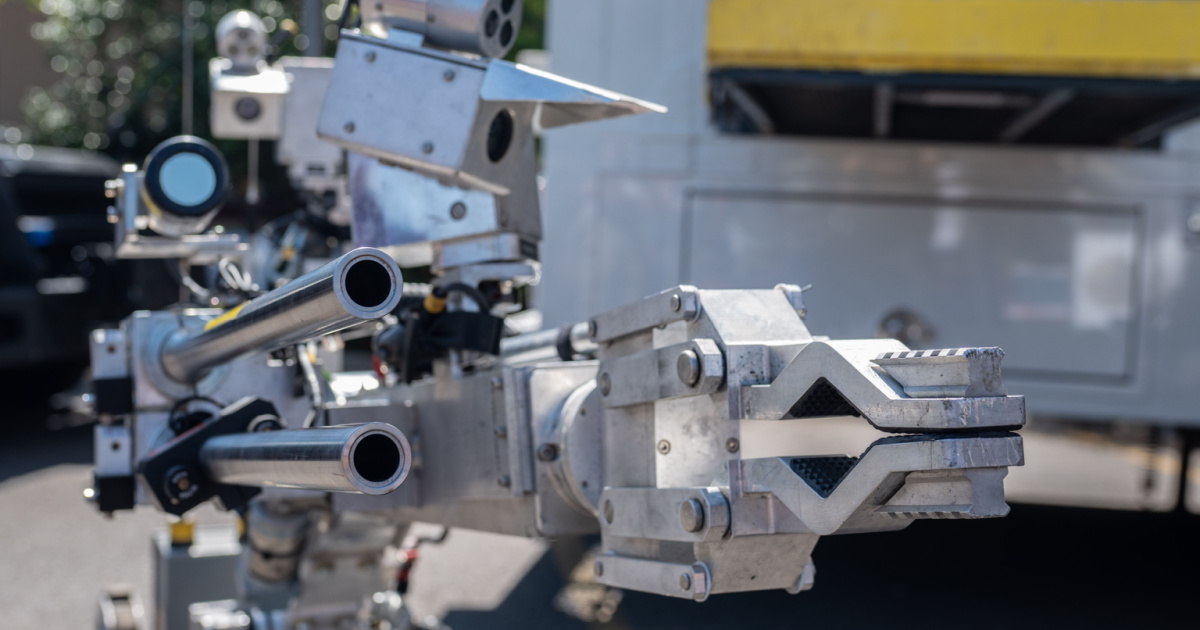 Science fiction writer Isaac Asimov developed three laws of robotics, trying to create an ethical system for humans and robots. In San Francisco, however, one group of robots is now completely immune to those three laws. San Francisco has approved the use of robots to deploy deadly force in certain circumstances.

It was just a week ago, on Nov. 23, when Engadget reported the San Francisco Police Department had raised the issue. It petitioned the California city’s Board of Supervisors for permission to use robots to use deadly force on suspects.

The draft policy sought to give SFPD permission to deploy robots to kill suspects considered a sufficient threat to the life of people nearby. One member of the Board of Supervisors, unwilling to give the police that option, inserted a line in the policy stating, “Robots shall not be used as a Use of Force against any person.”

The SFPD crossed out that sentence with a red line and returned the draft. The altered proposal outlined in vague terms when robots could be used to deploy deadly force.

Robots will only be used as a deadly force option when risk of loss of life to members of the public or officers are imminent and outweigh any other force option available to the SFPD.

The Fictional Three Laws of Robotics

In science fiction, Asimov defined laws robots had to adhere to. These laws first appeared in his 1942 short story “Runaround,” and eventually permeated much of the science fiction genre. The laws are as follows:

Later, Asimov added yet another rule, known as the fourth or zeroth law, superseding all the others.

A robot may not harm humanity, or, by inaction, allow humanity to come to harm.

Apparently the San Francisco Police Department doesn’t see the wisdom in these laws.

A Last-Resort Line of Defense

While the Board of Supervisors ultimately approved the measure, it did make further amendments. The approved language says officials can only use robots equipped with explosive charges after exhausting all other alternative de-escalation or force tactics.