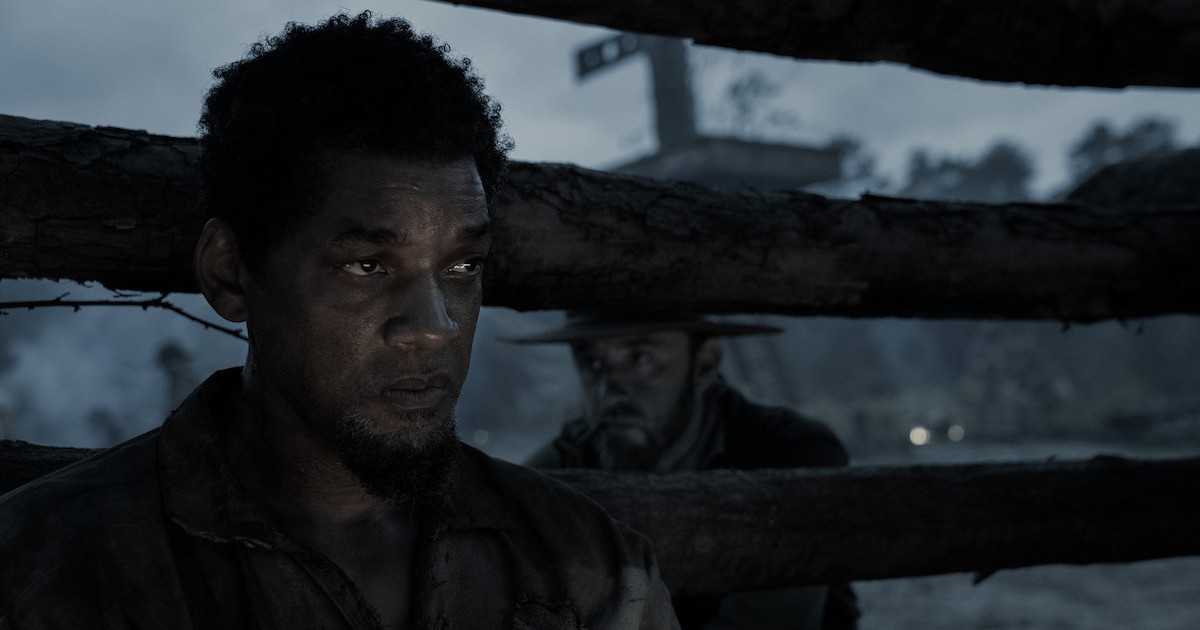 Reports indicate that Apple Original Films has held the Hollywood premiere of the new Will Smith film Emancipation at a theatre in Los Angeles.

Emancipation arrives to Apple TV+ Dec. 9, and will be in theaters Dec. 2.

Seeing Antoine Fuqua as director, the new Will Smith film Emancipation recently held its premiere at The Regency Village Theatre in Westwood.

According to a report from Deadline, along with Smith and Fuqua, those at the premiere include Paul Ben-Victor, Charmaine Bingwa and Ben Foster.

Though the film underwent several setbacks, including having to move production to protest voter restriction laws, the film has also seen some controversy due to Smith’s infamous ‘slap’ at this year’s Oscars. While some believed the film would see pushback on its release, it seems things are moving forward, and in a positive direction.

When I took this film, I envisioned the potential service it could be to the modern social conversation. I thought it would be a necessary reminder of some of the roads we’ve been down as a country in the past to potentially avert those similar paths.

Emancipation tells the story of Peter, a slave who runs away from his plantation in search of his family. During his time in the Louisiana swamps, Peter joins the Union Army. It’s at this time doctors give Peter a routine examination, and discover scars on his back caused by plantation owners. Photographs were taken of the scars, and printed in the newspaper The Independent. It is known as one of the first times the public was made aware of the cruelty of slavery.

Along with Apple hosting their own premier, Smith held his own private screening of the film featuring notable guests, whereas Apple also hosted a screening of the film back in October. Additionally, Smith recently went on The Daily Show with Trevor Noah to talk about the film and his antics at the recent Oscars.

While the film premieres in theaters Dec. 2, the film will also globally premiere on Apple TV+ Dec. 9.