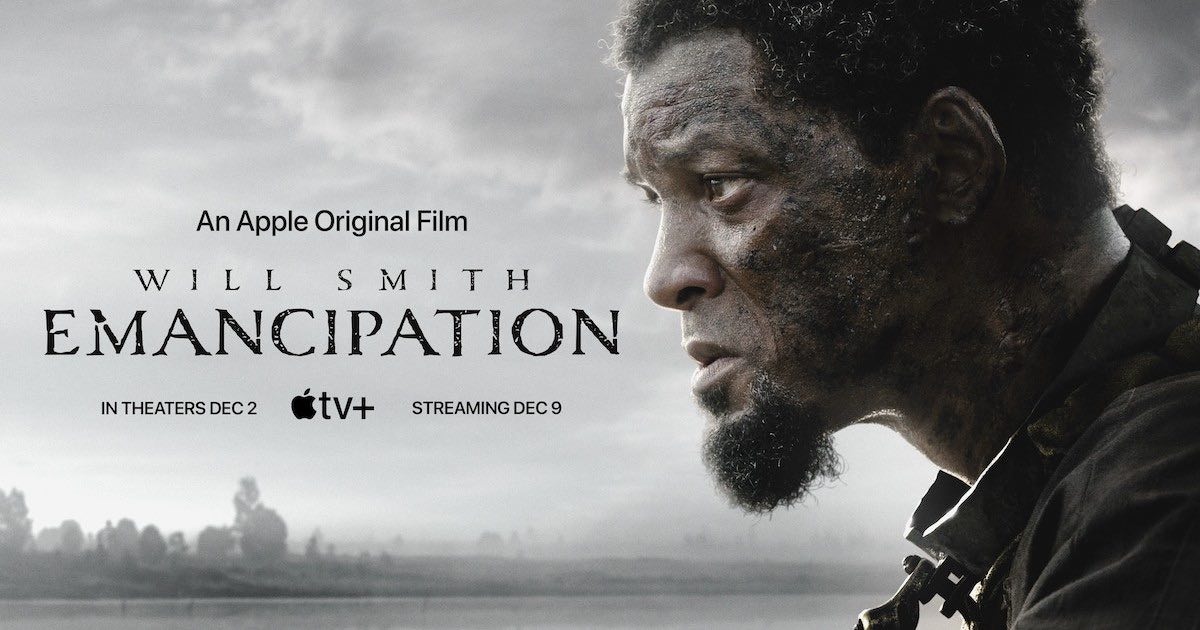 Reports indicate that Will Smith held a private screening of the Apple Original Film Emancipation.

According to a report from Deadline, Will Smith held a private screening of his new film Emancipation. The film is set to arrive in theaters Dec. 2, and will be available through Apple TV+ starting Dec. 9. Notably, this is Will Smith’s first film since the infamous incident at the 2022 Oscars. Emancipation is directed by Antoine Fuqua.

Concerning the film, Emancipation follows the story of Peter (Smith), a slave that runs away from a plantation to search for his family. What makes Peter’s story important is that while joining the Union Army, medical examiners discovered scars on Peter’s back caused by a plantation overseer. Taking photographs of the scars and sending them to The Independent, it was one of the first public glimpses of how slaves were treated during this time.

While Smith held a private screening of the film, this is not the first time Emancipation has made a somewhat public appearance. At the top of October, the NAACP and Apple held a screening of Emancipation in Washington D.C. Taking place alongside the Congressional Black Caucus Foundation’s 51st Annual Legislative Conference, the film premiered before several social impact leaders.

What This Means for Oscar-Season

Due to the infamous event involving Chris Rock, Smith is banned from the Oscars for 10 years. According to Entertainment Weekly, this ban simply means Smith is not able to vote on nominees or winners “within his respective acting branch of the Academy”. However, Smith is still able to receive nominations and wins for himself and for his work.

Will Smith is a great guy. I was with him for a couple of years, making this movie. He is a wonderful person, an amazing partner and he did an amazing job on the movie. Chris Rock’s a good guy . . . and I just pray it works out for them as friends, and we can move forward.

Additionally, the film did run into issues outside of Smith during production. Rumors circulated that Fuqua was simply unable to finish the post-production phase by 2022, though this no longer seems to be the case. Emancipation also saw issues due to destruction caused by Hurricane Ida, and the film also moved production from Georgia to Louisiana to protest the state’s voting restriction laws.