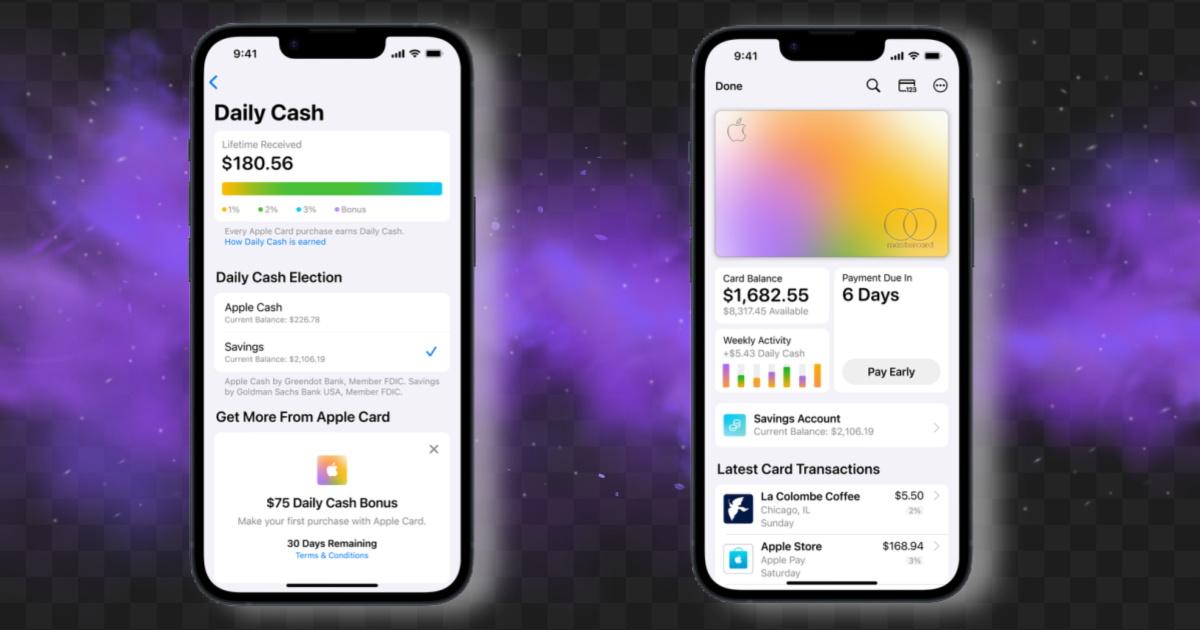 A new feature allowing Apple Card users to deposit their Daily Cash earnings into a savings account is delayed. The Cupertino-based tech giant announced the option recently, and it was mentioned in the release notes for the release candidate. Now, however, that mention isn’t there.

In mid-October, Cupertino announced plans for a new Apple Card savings account to help cardholders grow their rewards even more. Those who opt into the program will see their Daily Cash rewards deposited into a high-yield savings account. This savings account will be held by Goldman Sachs.

The new savings account charges no fees and has no minimum balance or deposit requirements. While Apple has yet to specify the APR earned by the savings account, Goldman Sachs’ existing high-yield offer gives a 2.35% annual return.

When Apple announced the new feature, it gave no exact timeline for rollout. All Cupertino said was that it would be arriving “in the coming months.” Many of us thought, based on the feature description in the release notes for the iOS 16.1 release candidate, that setup and management would launch Monday, Oct. 24

Unfortunately, that doesn’t seem to be the case. Apple has removed mention of the feature from the release notes and has yet to say when users can open the account.

Once the feature does arrive, presumably still within the next few months, Apple Card users will be able to open and manage their new savings account right from with the Wallet app on their iPhones. Not only will they be able to have their Daily Cash rewards deposited straight Into the account, but they’ll also be able to deposit additional funds either from a linked bank account or straight from their Apple Cash balance.