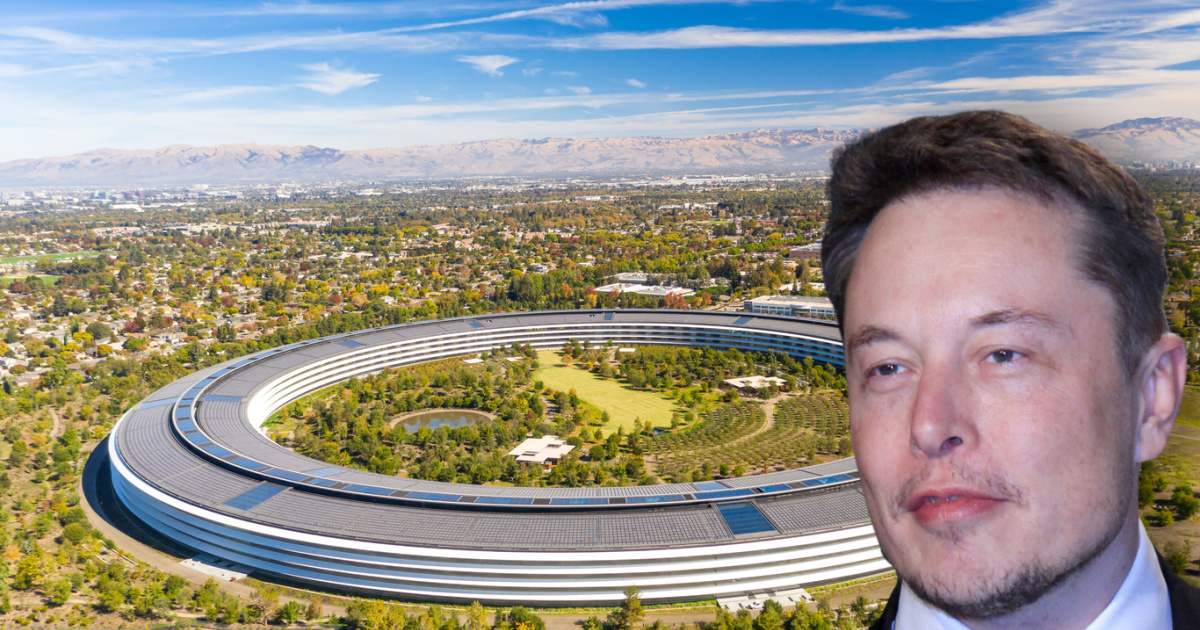 Just a few days after Elon Musk all but declared war on Apple, the head of Twitter enjoyed a tour of the Cupertino headquarters. Without mentioning what the two discussed, Musk thanked Cook for taking him on a tour of the Spaceship Campus. They even walked around the Apple Park duck pond.

On Monday, Musk was complaining about Apple pulling its ad campaigns from Twitter. He went so far as to suggest the Cupertino-based tech giant hates free speech in the U.S. Fast-forward two days to Wednesday, and the Chief Twit is enjoying a tour of Apple HQ hosted by none other than Tim Cook himself.

Musk thanked Cook (via Twitter, of course) for taking him around “Apple’s beautiful HQ.” He included a brief video of the famous Apple Park duck pond, seen previously in videos and photographs by Apple employees.

Thanks @tim_cook for taking me around Apple’s beautiful HQ pic.twitter.com/xjo4g306gR

The video doesn’t show any people, at least directly. However, three seconds into the 5-second video, you can see what is presumably Musk’s shadow as he records. Next to his shadow is that of someone whose silhouette closely resembles that of Tim Cook.

What Might the Two Billionaires Have Had to Say to One Another?

While neither Musk nor Apple have commented on what the two corporate leaders discussed, there are a couple of obvious topics. Musk recently said that Apple was “making moderation demands” and threatening to pull Twitter from the App Store. He didn’t say what those demands were, though. Nor did he offer any evidence of Apple threatening to delist the Twitter app.

In the past, though, Apple has cracked down on other social networking apps for failing to adequately prevent harmful speech or misinformation. Notably, the Parler app was removed from the App Store. Since Twitter has recently reinstated more than 62,000 accounts previously suspended for hate speech and misinformation, this could surely become a bone of contention between the two tech giants.

Hitting closer to Twitter’s pocketbook, though, is the paused Twitter Blue subscription. Musk doesn’t want Twitter to have to pay Apple’s 30% commission for the subscription on iOS devices. He even went so far as to call it a “secret 30% tax,” as if Apple was the only app store owner deducting such charges from developer revenue.