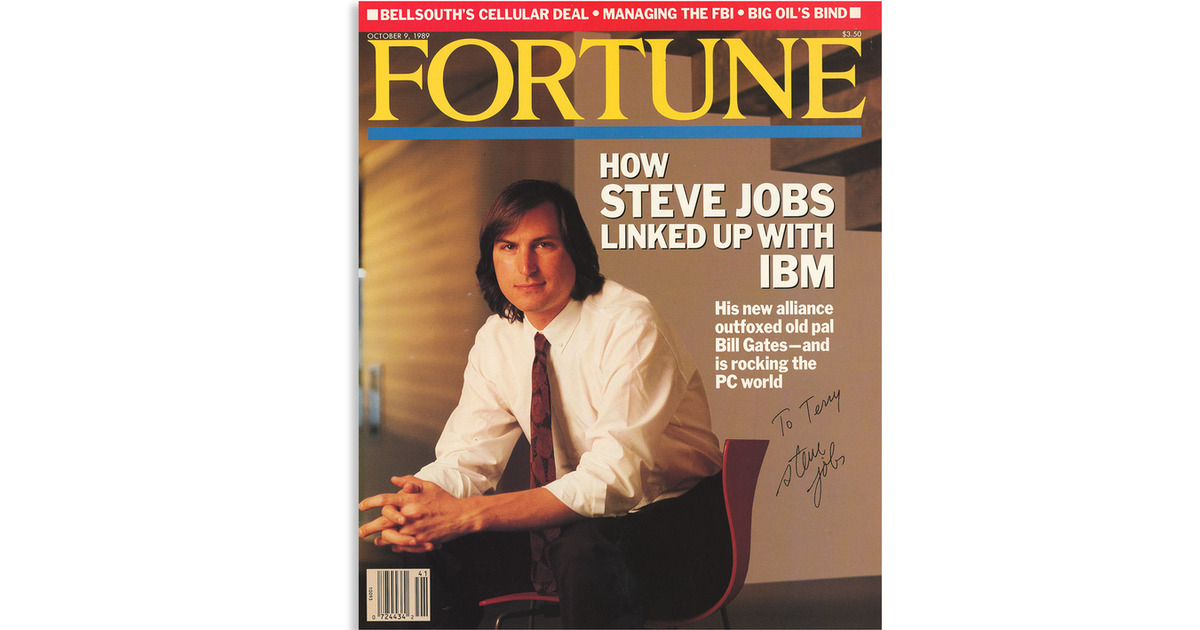 A Fortune magazine cover that Steve Jobs signed for a chauffeur, has sold at auction for $16, 638. In total, there were three bids on the item, which had a minimum bid of $11,000.

The item was sold via ate D. Sanders auctioneers. A description of the item accompanying its letter of authenticity reveals that having provided the signature, Mr. “Jobs subsequently called the limousine company to complain about the autograph request.” The magazine cover is dated October 9, 1989. The Letter of Authenticity said it was signed with a black liquid roller. It is inscribed “To Terry”.

Well, Genius and all, I guess he was not especially “warm and cozy” on a personal level.