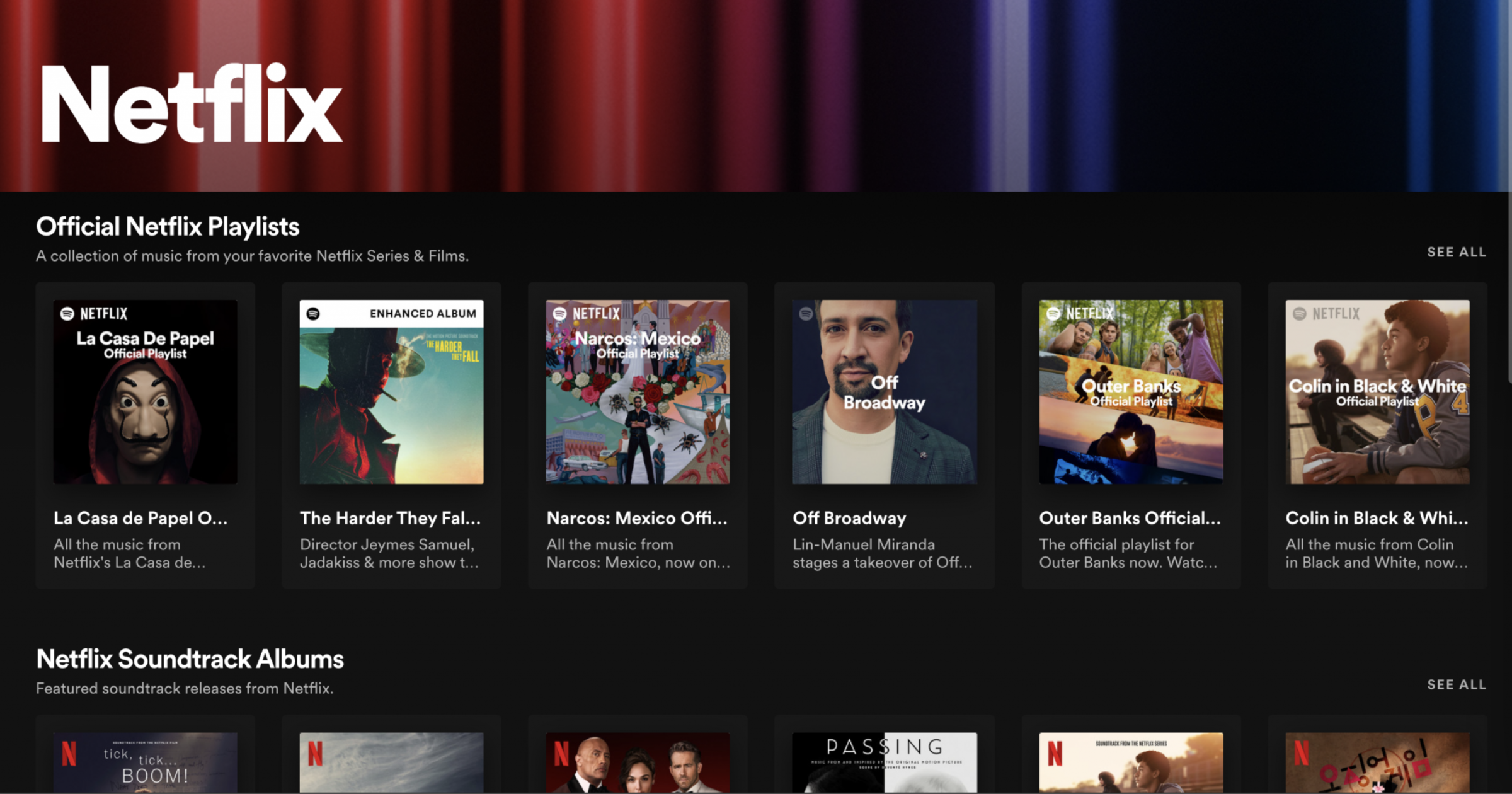 Spotify and Netflix announced on Tuesday that they are collaborating on a new hub. It gives listeners access to official soundtracks, playlists, and podcasts, along with exclusive content.

The Netflix Hub is available to Free and Premium Spotify users in U.S., Canada, Australia, New Zealand, the U.K., Ireland, and India. It includes official playlists for shows like Money Heist and Bridgerton and soundtracks for hit series like Squid Games. It also brings together podcasts related to Netlfix shows such as Okay, Now Listen, Netflix Is A Daily Joke, 10/10 (Would Recommend), and The Crown: The Official Podcast.

Elsewhere there is a refreshed destination on Spotify for Netflix hit La Casa De Papel (Money Heist). It includes tracks from recent episodes and a Character Match Playlist Quiz.

Of course, Apple can do this without the need to collaborate with another company,  using its range of services. For instance, there is a Ted Lasso playlist on Apple Music. It also revealed what was on the ‘Roy is sorry for not understanding Keeley’ playlist. We’ve seen cross-service collaboration in other ways too, including a podcast for the new John Stewart show.