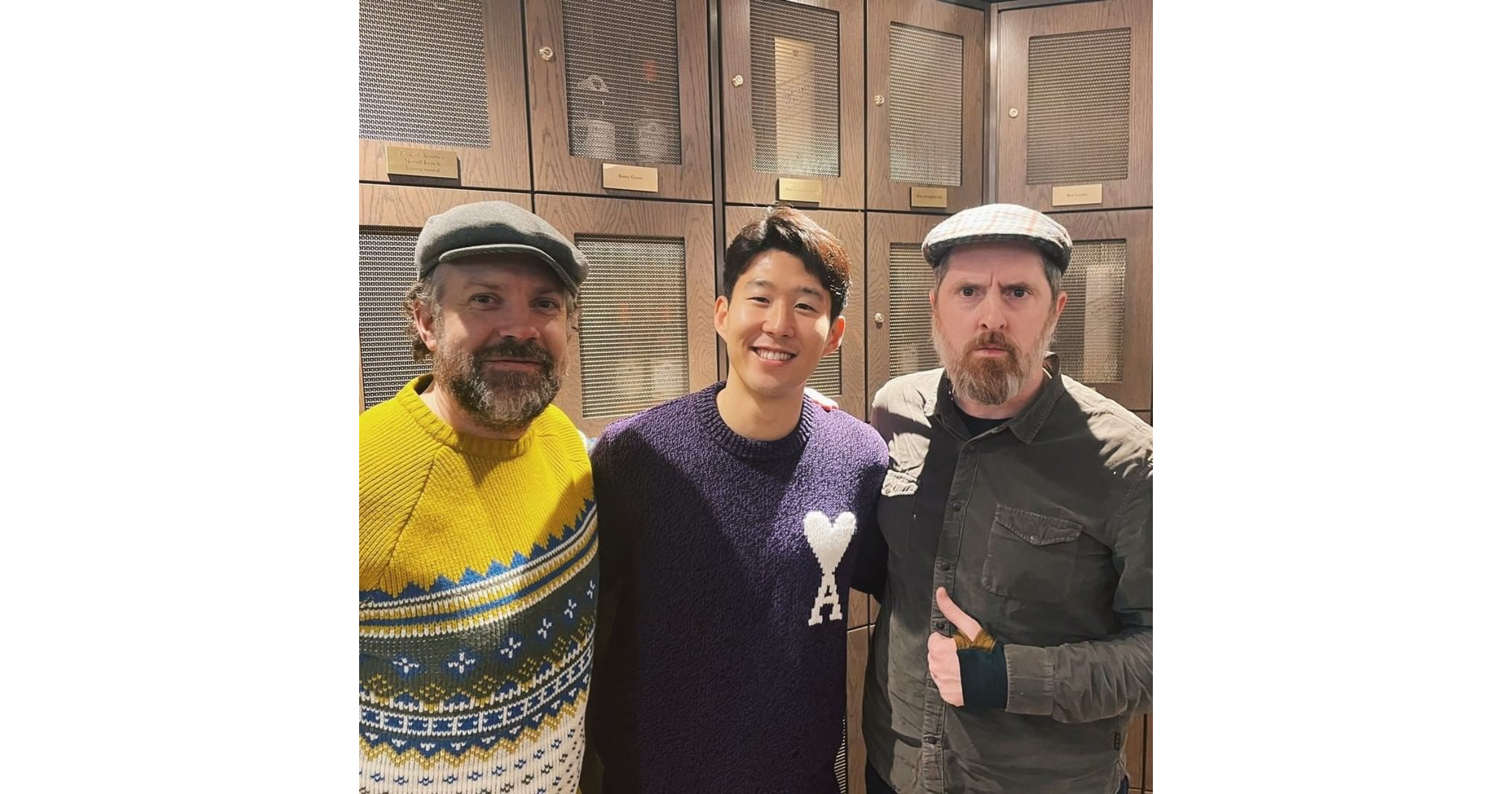 Could Son Heung-Min be making an appearance in season three of Ted Lasso? The South Korean Tottenham Hotspur star shared a picture of himself alongside Jason Sudeikis, who plays the title character in the Apple TV+ series, and Brendan Hunt (Coach Beard).

As well as the picture above,  the forward shared the caption “if you know you know”. It’s worth noting, that in the original Ted Lasso adverts, the character actually coaches Tottenham Hotspur. More importantly, the show and the Premier League signed a major licensing deal for season three back in October. Worth as much as £500,000 (US680,593) deal means that the Apple TV+ can use Premier League archive footage, its logos, club kits, and the trophy. Perhaps some real players, including Son Heung-Min, will feature in season three too, further increasing the realism of the show. We have not seen this in any of the match footage yet.

Mr. Sudeikis himself recently picked up a Golden Globes win for the second year in a row.