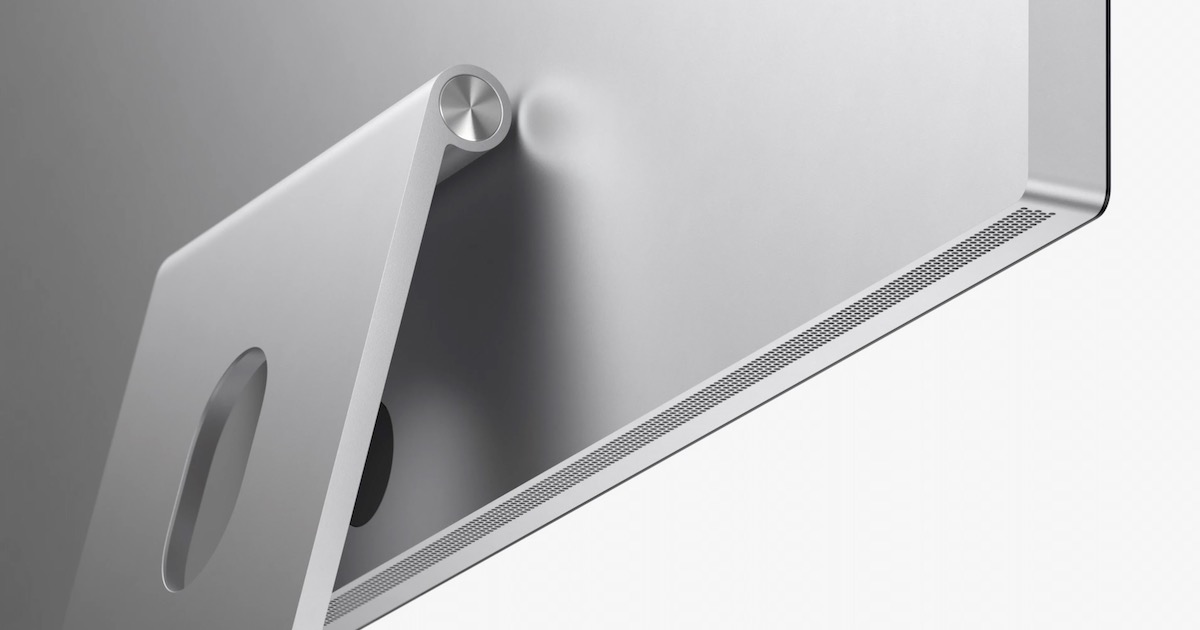 Apple’s Studio Display uses a unique power cord attached at the back. It’s not like a standard cable that a user can easily remove. In fact, Apple claimed it’s not removable at all.

The Power Cord of Studio Display Can’t Be Easily Removed

Technically speaking, you can remove Studio Display’s power cord, but not easily. This is because it’s unlike the standard power connector most computer monitors use. Plugging in and detaching this standard power cable is quite easy.

Those who have already received their Studio Displays may have noticed that upon unboxing, the monitor arrived with the power cord already attached at the back of the display. This is not the usual Apple practice,  wherein Apple packages these cords separately, detached from the main device. If my memory serves me right, this is how I got my old iMac 2011. The electrical cable of that iMac can be easily plugged in and pulled out. Even the new 24-inch iMac has a removable power cord that users can attach and detach through a magnetic connection.

Why Apple Took a Different Approach This Power Cable

So, this left Apple with no choice but to come up with its own design for the power connector. Specifically, the tech giant adopted one that could accommodate the relatively thin Studio Display.

Technically, the Power Cord of the Studio Display Can Be Removed

Twitter user Nilay Patel tweeted a photo of the power cord that he pulled out from the back of the Studio Display. The photo revealed a custom three-prong system that looks similar to the one used in standard electrical cables. However, the three connectors are very thin, which probably explains why Apple noted that it is not removable. The warning may be to prevent users from accidentally removing one or two of the pins while detaching the cord.

How To Remove the Power Cable

As mentioned, Apple noted that the Studio Display’s electrical cable is not removable. In truth, it actually is detachable. Doing so safely, though, requires a special tool as posted to Twitter by Stella Fudge. This tool, a large circular drum with a handle, allows the user to wrap the power cable around before pulling it free from the monitor. An AppleInsider source later confirmed the tool.

So, are you curious enough to use said tool to pull out the electrical cord of your Studio Display? We really think that it’s best to follow Apple’s advice that it is not removable.