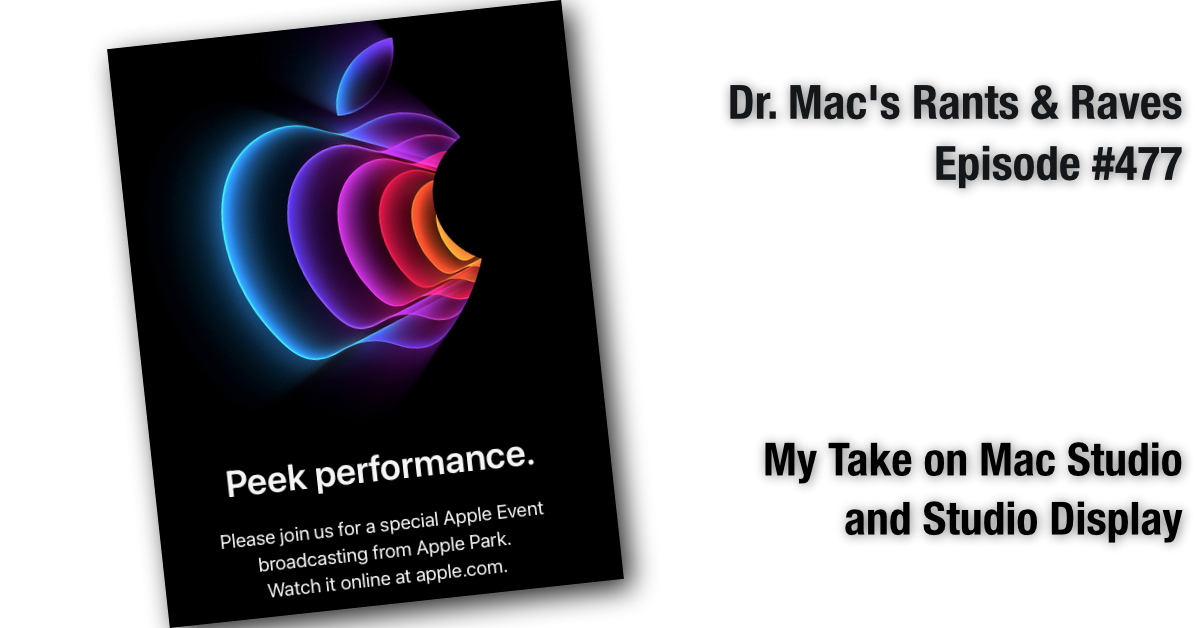 Last week Apple held its first “event” of 2022. As usual, the minimalist invitation revealed little, bearing only an Apple logo, the headline “Peek Performance,” and a short paragraph reading, “Please join us for a special Apple Event broadcasting from Apple Park,” followed by the date and time. 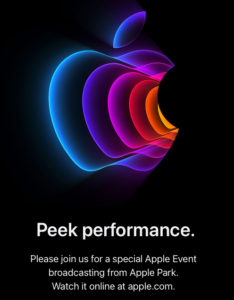 It was the shortest Apple event I can recall, clocking in at just under an hour. If you have time, you can watch a video replay of the event on Apple’s website; if you don’t have time, here’s what you need to know about the new Mac Studio and Apple Studio Display.

Mac Studio is a powerful new Mac, which looks like a double-thick Mac mini and is available with your choice of an M1 Max or M1 Ultra processor. According to Apple, the new M1 Ultra is “the most powerful chip ever in a personal computer,” offering up to 5X the CPU performance of a 27-inch iMac with a 10-core Intel Core i9 processor.

Apple says Mac Studio sports a “groundbreaking thermal system designed to let M1 Max or M1 Ultra fly through heavy workloads at screaming-fast speeds — and stay whisper quiet.” With support for up to four displays and one 4K television, Mac Studio should be appropriate for almost any use case.

But, with prices starting at $1,999 (M1 Max) and $3,999 (M1 Ultra), Mac Studio is not for everyone. Furthermore, unlike most Macs, it doesn’t come with anything but the computer and power cable; you’ll need to provide a keyboard, mouse (or trackpad), and display.

With three USB-C ports, a Thunderbolt port, and three mounting options—a tilt-adjustable stand, a tilt-and-height adjustable stand, or a VESA mount adapter—there’s no question that it’s purpose-built for video conferencing.

With prices starting at $1,599—twice (or thrice) the cost of other 27-inch displays—the Studio Display (like the Mac Studio) isn’t for everyone, but if it suits you, there’s nothing else like it at any price.

One thought on “My Take on Mac Studio and Studio Display”