A tech lobby group has introduced a privacy regulation framework. The idea is to help form privacy legislation that lawmakers are working on (via Axios). 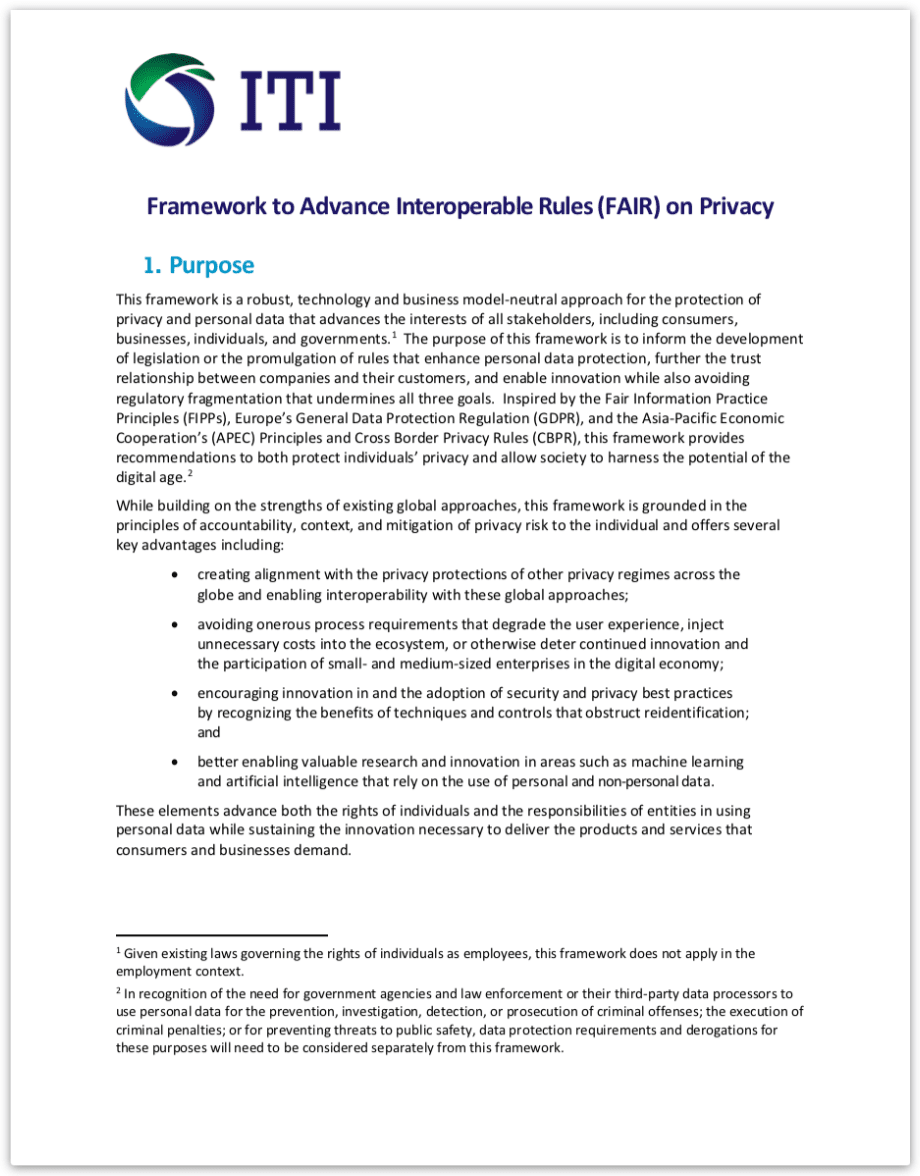 The set of regulations is called Framework to Advance Interoperable Rules (FAIR) outlined here [PDF]. It’s designed to help guide lawmakers in Washington as well as the rest of the world. ITI members include Apple, Amazon, Facebook, Google, and others. Some of its ideas:

Certain lawmakers have expressed interest in exploring privacy regulations (spurred by California’s privacy law) during the next congressional session in 2020.