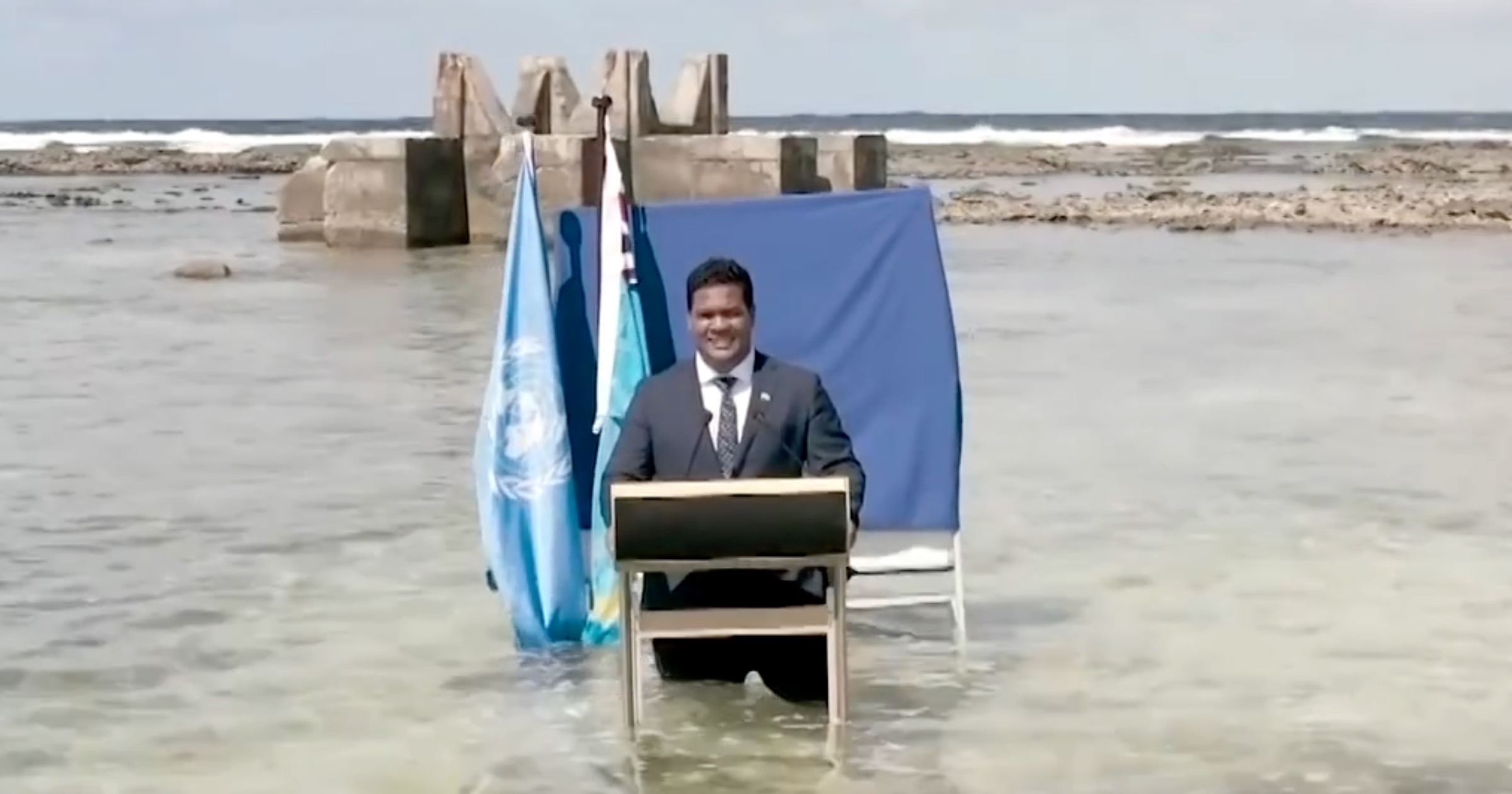 Before the end of the century, global temperatures are expected to rise as much as 5 degrees Fahrenheit (2.8 degrees Celsius). That may not sound like much, but it also results in rising sea levels. Pacific island nations like Tuvalu see a real threat from that, so the country is looking to use the metaverse to help preserve its culture and history.

In 2022, Tuvalu’s foreign minister, Simon Kofe, addressed the COP26 climate summit while standing knee-deep in seawater. His dramatic choice of venue served to highlight the threat of climate change to the Pacific island nation.

Tuvalue is an archipelago, made up of nine islands. A small nation located between Australia and Hawaii, its population is but 12,000 people. Many scientists predict that by the end of the 21st century, Tuvalu will be entirely underwater.

The problem doesn’t seem to be easing up, so Kofe made another announcement at this year’s COP27 climate summit. He revealed that Tuvalu will look to the metaverse to preserve its culture and history long after the nation joins Atlantis below the sea.

As our land disappears, we have no choice but to become the world’s first digital nation. Our land, our ocean, our culture are the most precious assets of our people. And to keep them safe from harm, no matter what happens in the physical world, we’ll move them to the cloud.

An Excellent, If Slightly Depressing, Use for the Metaverse

The thought of an entire nation disappearing beneath the ocean’s surface is certainly depressing and cause for alarm. Many world powers are trying to stave off such likelihoods, especially through The Paris Agreement.

To help preserve the ecology in many parts of the world, Apple awards various grants for environmental projects. For example, the Cupertino-based tech giant recently gave funding to one research foundation in India to help protect and preserve that nation’s mangrove forests.

Staving off climate change to the extent outlined by The Paris Treaty requires lowering annual global emissions by 45% within the next 8 years. Some say that’s unlikely to happen, which highlights the importance of Tuvalu’s plans.

It truly is like something out of a sci-fi book or movie, a country preserving its heritage through virtual or augmented reality. While disheartening, this could well be the best use for the metaverse I’ve heard of.