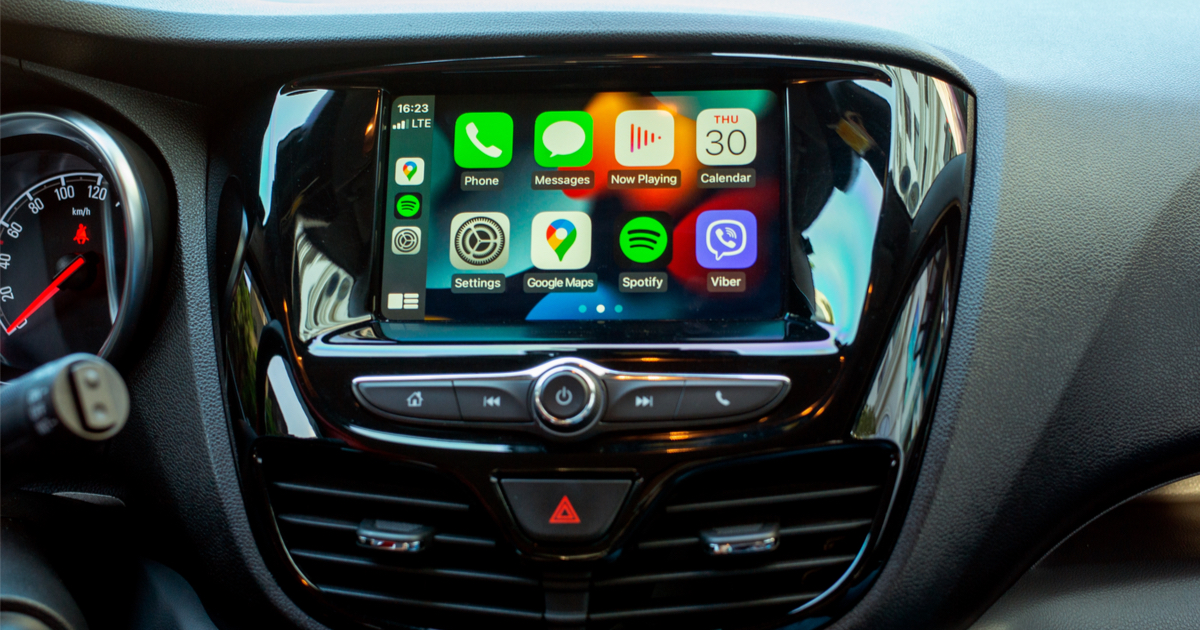 Quietly announced during a WWDC developer session, a new feature for CarPlay will debut this fall. Imagine your automobile becoming a rolling store for goods and services. To kick off this capability, iOS 16 will let you find a gas station and then pay for your fuel through CarPlay.

Forget Inserting or Tapping Your Card, Just Tap Your Touchscreen and Pay For Your Fuel Using CarPlay

The new feature of Apple’s CarPlay will streamline the entire process of fueling up your car. Various gas companies, such as Sinclair, will soon be CarPlay-enabled. Already, many gas companies allow consumers to authorize fuel pumps straight from their iPhones, using the companies’ apps.

With Apple’s push to add more functionality to CarPlay, we can already do things like find and pay for parking, electric vehicle charging and even ordering food. Next up is locating and paying for gasoline.

Dallas-based HF Sinclair (the dinosaur gas company, with 1,600 stations in the U.S.) told Reuters it will be among those fuel stations supporting CarPlay. The company so far has only said it plans to use new CarPlay technology, but will announce more details in the coming months.

Jack Barger, Sinclair’s senior vice president of marketing, said the company is excited by the idea. Consumers will be able to “navigate to a Sinclair station and purchase fuel from their vehicle navigation screen,” Barger said.

Bringing a Major Expense For Car Owners to the Infotainment System

Reuters points out that fuel is one of the biggest expenses for car owners. The U.S. Energy Information Administration estimates that the average American household will spend roughly $2,945 on gasoline in 2022. That’s about $455 more than last year.

In order to use CarPlay to purchase fuel, users will need to download that company’s app to their phone. They will register and enter their payment details to set up the app. Once done, a simple tap on the app on the CarPlay display will kick things off.

Apple isn’t likely to make any money off the feature. The Cupertino-based company doesn’t charge automakers, developers or users for CarPlay. However, putting Apple in the lead of turning cars into rolling computers has a strong draw.

Various automakers, such as General Motors, have tried rolling out this sort of feature in the past. None have shown any success, but Apple may just reinvent the wheel (pun absolutely intended) for purchasing gasoline straight from the dashboard.

Costco is my gas station of choice because they usually have the lowest price around town. Anyway, I wonder if they will participate as they don’t accept the Apple Card/MasterCard. I do have their Visa card in my iPhone and Watch Wallet I usually tap with that, occasionally my debit card.