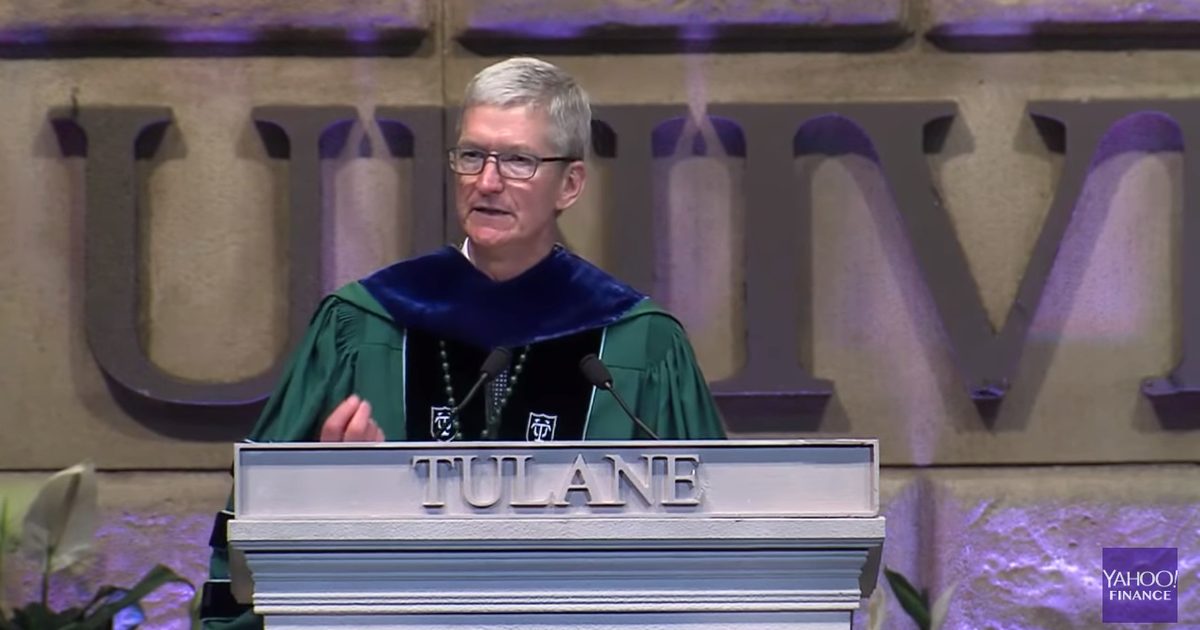 Apple CEO Tim Cook addressed the graduating class of 2019 at Tulane University Saturday. During the speech, he recounted how he left Compaq to join Apple after speaking to Steve Jobs and warned the students not to “make the mistake of being too cautious”.

The Apple CEO received an honorary doctorate during the ceremony. In his address, he advised the students not to “assume that by staying put, the ground won’t move beneath your feet.  The status quo simply won’t last.” Instead, he told them to “get to work on building something better.”

Mr. Cook also emphasized Apple’s focus on climate change. Indeed, he noted that executive he leads on this work at the firm, Lisa Jackson, is an alumnus of Tulane. He said:

I don’t think we can talk about who we are as people and what we owe to one another without talking about climate change.

His comments were met with loud applause. His call to “push back” against “algorithms [that] pull toward you the things you already know, believe, or like, and they push away everything else” was similarly well received.

Call upon your grit. Try something. You may succeed. You may fail. But make it your life’s work to remake the world because there is nothing more beautiful or more worthwhile than working to leave something better for humanity.