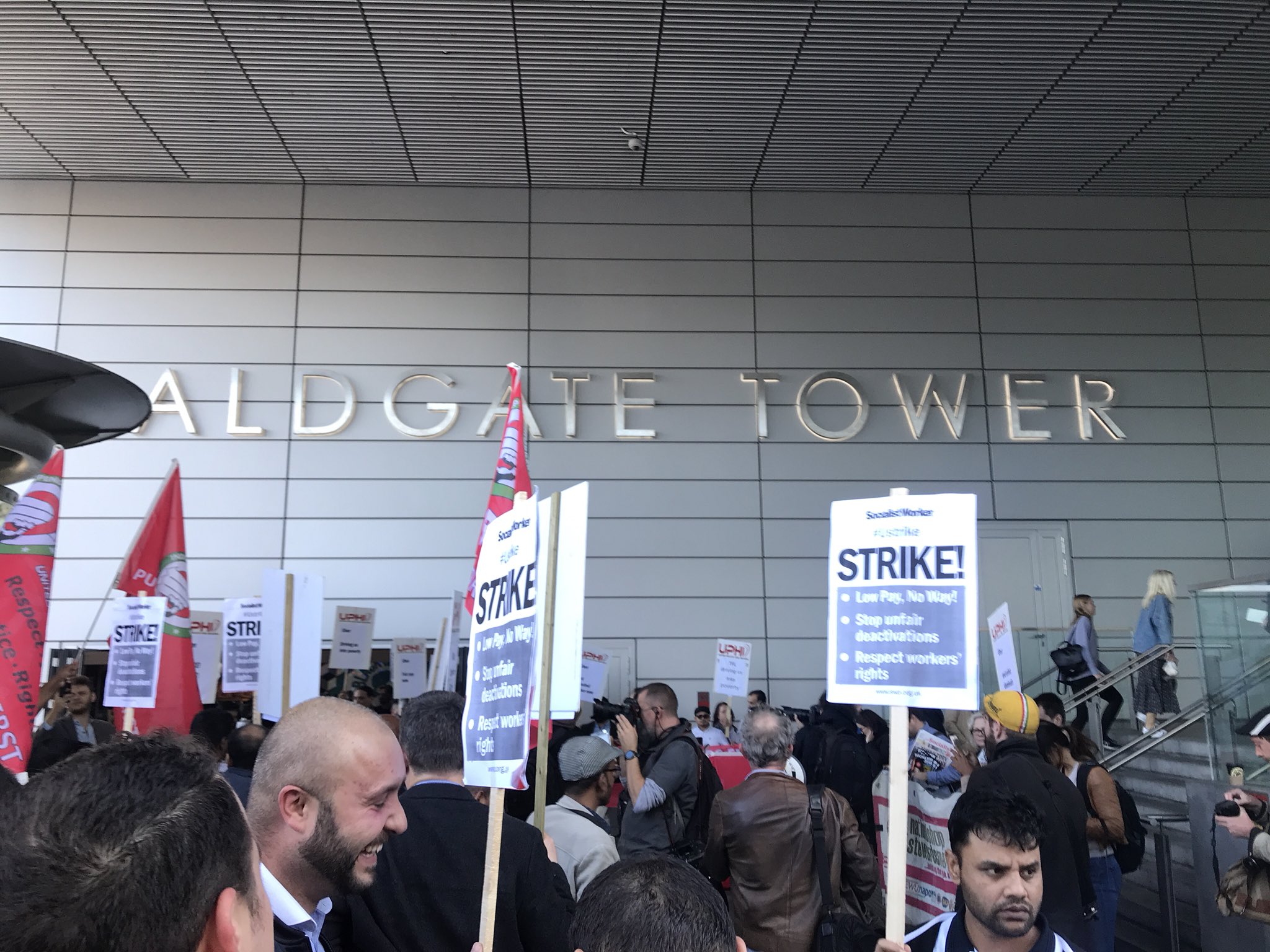 LONDON – Uber drivers in major cities across the UK begun a 24-hour strike today. The drivers are asking for higher rates, minimum wage guarantees, and paid holidays, and is being organized by the Independent Workers Union of Great Britain (IWGB). The strikes began at 1 pm UK time, in London, Nottingham and Birmingham. Drivers also protested outside the firm’s offices in the cities. At one point, drivers and campaigners tried to occupy Ubers London HQ.

The action was organized by the IWGB  – a trade union representing people who work the gig economy. In a statement announcing the strike, James Farrar, Chair of the IWGB branch that represents private hire drivers, said:

After years of watching take home pay plummet and with management bullying of workers on the rise, workers have been left with no choice but to take strike action. We ask the public to please support drivers by not crossing the digital picket line by not using the app during strike time.

The union also asked members of the public to support the drivers and to not use the Uber app during the 24 hour period.

The drivers are demanding that fares are increased to £2 per mile – it is currently £1.25 in London, a 10 per cent reduction in the commissions that drivers pay to Uber – it is currently 25 per for UberX, and an end to what they brand “unfair deactivations which are de facto dismissals.” They want the firm to introduce rights such as paying the minimum wage and paid holidays.

We are always looking to make improvements to ensure drivers have the best possible experience and can make the most of their time driving on the app. That’s why over the last few months we’ve introduced dozens of new features, including sickness, injury, maternity and paternity protections.

An academic study last month found that drivers in London make an average of £11 an hour, after accounting for all of their costs and Uber’s service fee. We continue to look at ways to help drivers increase their earnings and our door is always open if anyone wants to speak to us about any issues they’re having.

In June, Uber won a short-term license to operate again in London after appealing a previous decision to ban it.