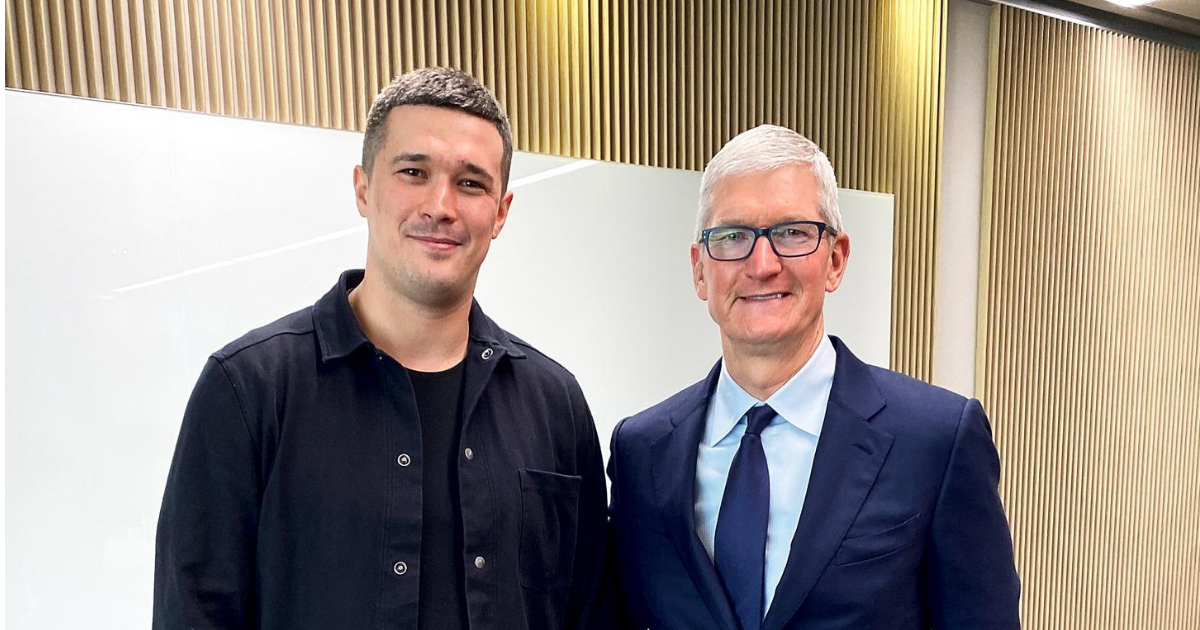 Ukrainian Deputy Prime Minister and Minister of Digital Transformation, Mykhailo Fedorov urged Apple to stop all its services to the Russian Federation, including access to the Apple App Store.

Fedorov made the appeal through an official letter addressed to Apple’s CEO, Tim Cook. The Vice Prime Minister posted a copy of the letter on Twitter. He also asked Apple to support the U.S. sanctions on Russia after it launched invasive maneuvers against Ukraine.

Fedorov said, “I’m appealing to you and I am sure that you will not only hear, but also do everything possible to protect Ukraine, and, finally the entire democratic world from bloody authoritarian aggressions – to stop supplying Apple services and products to the Russian Federation, including blocking access to App Store.”

I’ve contacted @tim_cook, Apple’s CEO, to block the Apple Store for citizens of the Russian Federation, and to support the package of US government sanctions! If you agree to have the president-killer, then you will have to be satisfied with the only available site Russia 24. pic.twitter.com/b5dm78g2vS

The Vice Prime Minister hopes that if Apple joins in the sanctions, it will motivate the youth and the population in Russia to actively protest against the military aggression launched by the government two days ago. Russia launched a massive attack against Ukraine, from the northern to the eastern and southern parts of the country. Russian fighter planes have been bombing Ukrainian cities, aiming to conquer Ukraine in the coming days.

Although there are currently no physical Apple Stores in Russia, an Apple online store that sells various Apple products such as iPhones, iPads, AirPods, Macs, and other products is in operation. The online store also provides software and other services including the operation of a local App Store. Most recently, Apple launched a feature in iOS that highlights apps developed in Russia.

Additionally, Apple has also recently registered a business office in Russia and has started advertising for job positions and successful candidates will be posted in Moscow.

The recent U.S. sanctions placed on Russia disallowing U.S. manufacturers from exporting certain goods to Russia does not cover Apple sales in the country. Previously Apple has suspended transactions for Apple Pay for Russian customers. Eventually, the letter to Tim Cook from the Ukrainian Deputy Prime Minister could prompt Apple to make a move and follow the sanctions with its products and services.

In a recent tweet, Tim Cook said that the Cupertino-based company is deeply concerned with the current situation in Ukraine.

“I am deeply concerned with the situation in Ukraine. We’re doing all we can for our teams there and will be supporting local humanitarian efforts. I am thinking of the people who are right now in harm’s way and joining all those calling for peace.”

One thought on “Ukraine Urges Apple to Block Its Services to Russia, including Access to the App Store”