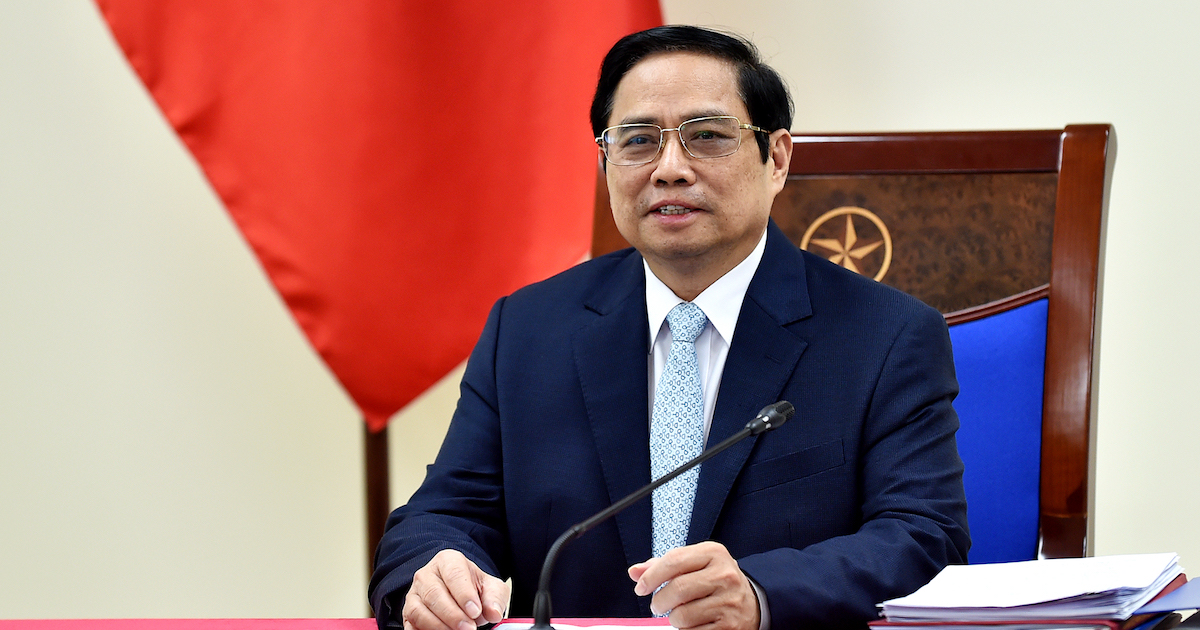 The Prime Minister of Vietnam, Pham Minh Chinh, visited Apple Park and met with Tim Cook. The courtesy visit was part of the Vietnamese Prime Minister’s U.S. trip. He also visited other Silicon Valley tech giants, such as Google and Intel.

Saigon Online reported that the visit took place on May 17. The Vietnamese Prime Minister visited Apple Park, where he met with Tim Cook. During their short talk, Chinh mentioned trade, investment, and financial cooperation as the driving force for a stronger U.S.-Vietnam partnership.

He highlighted the Vietnamese government’s commitment to creating a fair, transparent, and market-based business environment in the country. This will help U.S. firms and investors enter the Vietnamese market.

Interestingly, the Prime Minister also told Tim Cook that Vietnamese customers of all ages loved Apple products. And with the development of the global digital economy, customers’ interest will continue to grow. Chinh stressed that tech giants should take advantage of this to gain more leverage in promoting their businesses in Vietnam.

Helping Vietnam to Become Model Market of Apple in Asia

The Vietnamese Prime Minister also showed his delight over the fact that Vietnam has become a part of the global supply chain. This is despite the fact that Apple currently has no manufacturing plants in the country. Still, more than 31 Vietnamese companies have contributed to the manufacture and assembly of electronic parts and equipment supplied to Apple.

For Apple’s part, Tim Cook expressed his gratitude to Vietnam. He said that the government created a favorable business environment for Apple’s business operations. Cook also said he would look into the possibility of extending the company’s supply chain in the country so that domestic companies can do business with Apple.

Finally, Cook said that he hopes to see more favorable policies that would encourage more foreign investors, particularly U.S. tech giants to invest in the country.