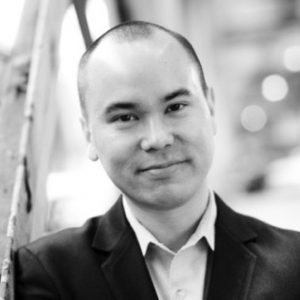 Alec Nevala-Lee is a science fiction novelist, essayist and biographer. He’s known for the scifi novels: The Icon Thief, City of Exiles, and Eternal Empire. He’s written for Analog Science Fiction, and he’s had essays and non-fiction published in the Los Angeles Times, Salon, The Daily Beast and more. We chatted about growing up in California, the influential book that inspired him to become a writer, his early career, life at Harvard, and quitting his job to become a struggling – then successful novelist. Alec also shared a bit about his writing tools and techniques. Finally, we explored his new biography entitled: ASTOUNDING, a critical look at the life, writing and mutual influences of four famous scifi authors: John W. Campbell, Isaac Asimov, Robert A. Heinlein and L. Ron Hubbard during the Golden Age of Science Fiction in the 1940s and 50s.