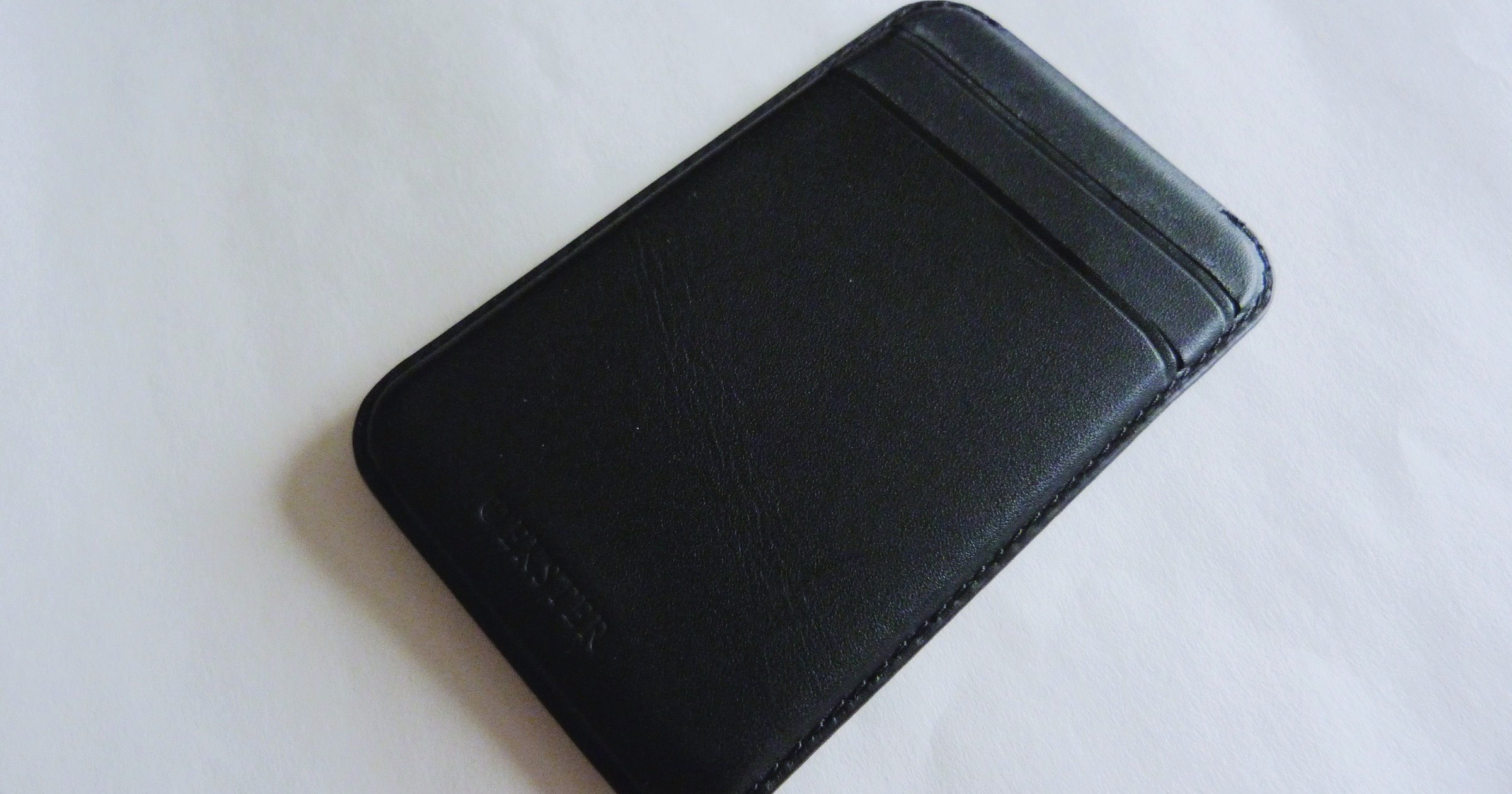 I’ve reviewed a couple of wallets from Ekster in the past, and a couple weeks ago the company sent me its new MagSafe wallet to use with my iPhone 12. It’s normally  US$39 but as of this writing Ekster is having an anniversary sale for 15% off site-wide, so the temporary price is US$33.

I’ll say up top that I have never used a MagSafe wallet, so I have no other products with which to compare this.

Ekster’s MagSafe wallet is different than Apple’s offering in a couple of ways. First, the Apple wallet only has one slot to fit a card or two, with a thumb slot in the rear to slide them out. It’s about 3mm thick.

Ekster’s wallet has two discrete card slots with the same thumb opening. The company says its wallet is 1mm thick and can fit “3+ cards & cash.” I personally wouldn’t go that far. When I first received the wallet in the mail, it was difficult to insert and remove my cards. 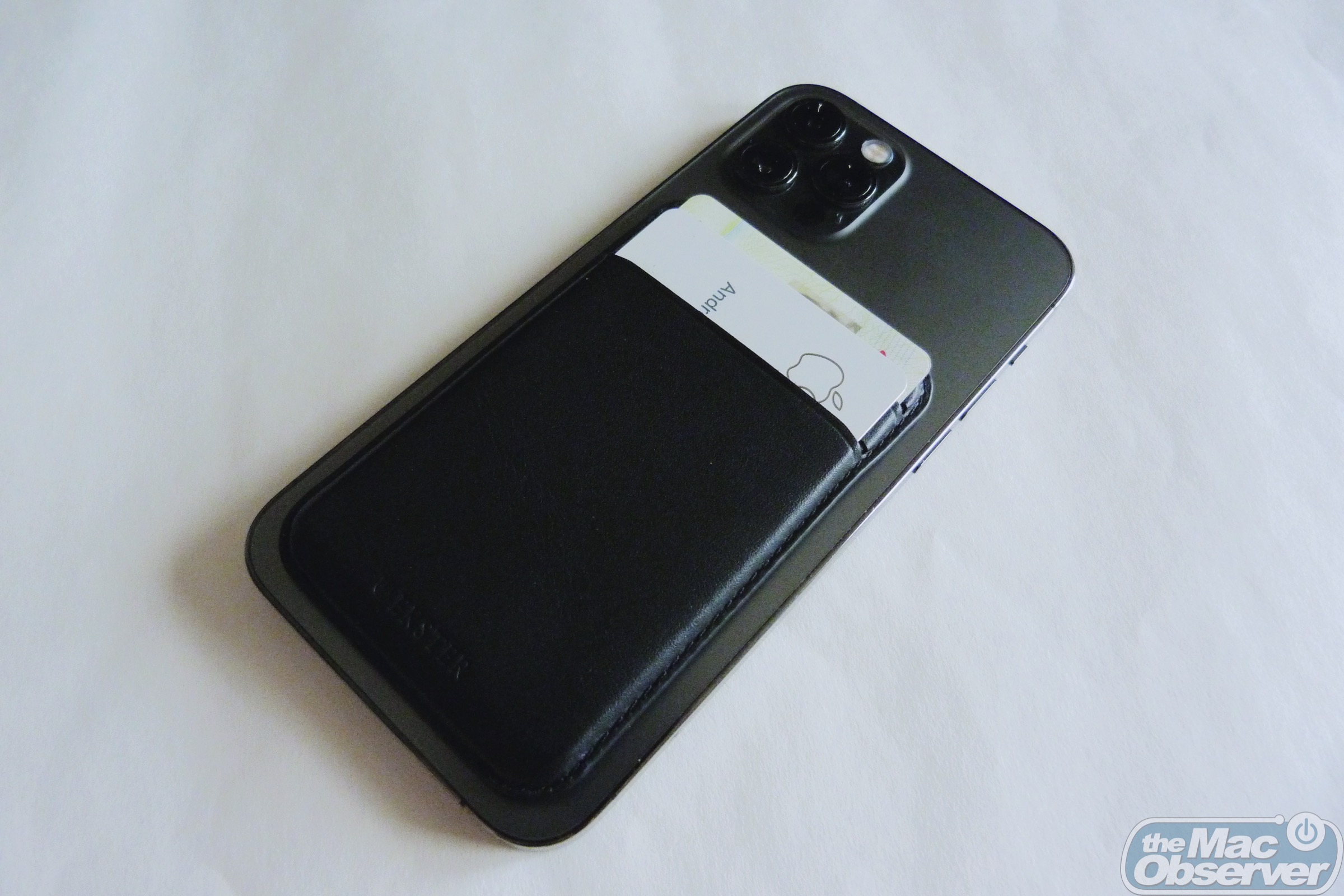 But I left my cards in the wallet overnight, and even after one night it was much easier to pull the cards out, and the leather has loosened a bit more since then. I think that’s normal for leather products, like breaking in a new pair of boots. But even with loosening there isn’t comfortable room for more than two cards.

I was able to answer both of those questions. First, there has been a couple of times in the past where I forgot my wallet and I had to go all the way back home, then go back to the store to get my stuff. However, when I leave my home my iPhone is in my pocket 99% of the time. Therefore, if I can feel my iPhone in my pocket I know my MagSafe wallet is there, too. Putting the wallet on the phone is a more deliberate act to me than putting it in my pocket by itself, so I’m confident I’m less likely to forget my wallet in the future.

Second, even if I wanted to pull my iPhone out, then slide a card out of the wallet, I would be unable to do so. Even though it has loosened it’s difficult to slide a card out while keeping it attached via magnets. But there is an answer that wasn’t immediately obvious to me at the time. I just pull the wallet off while the phone stays in my pocket, slide a card out, then snap it back on when the transaction is complete. Easy enough. 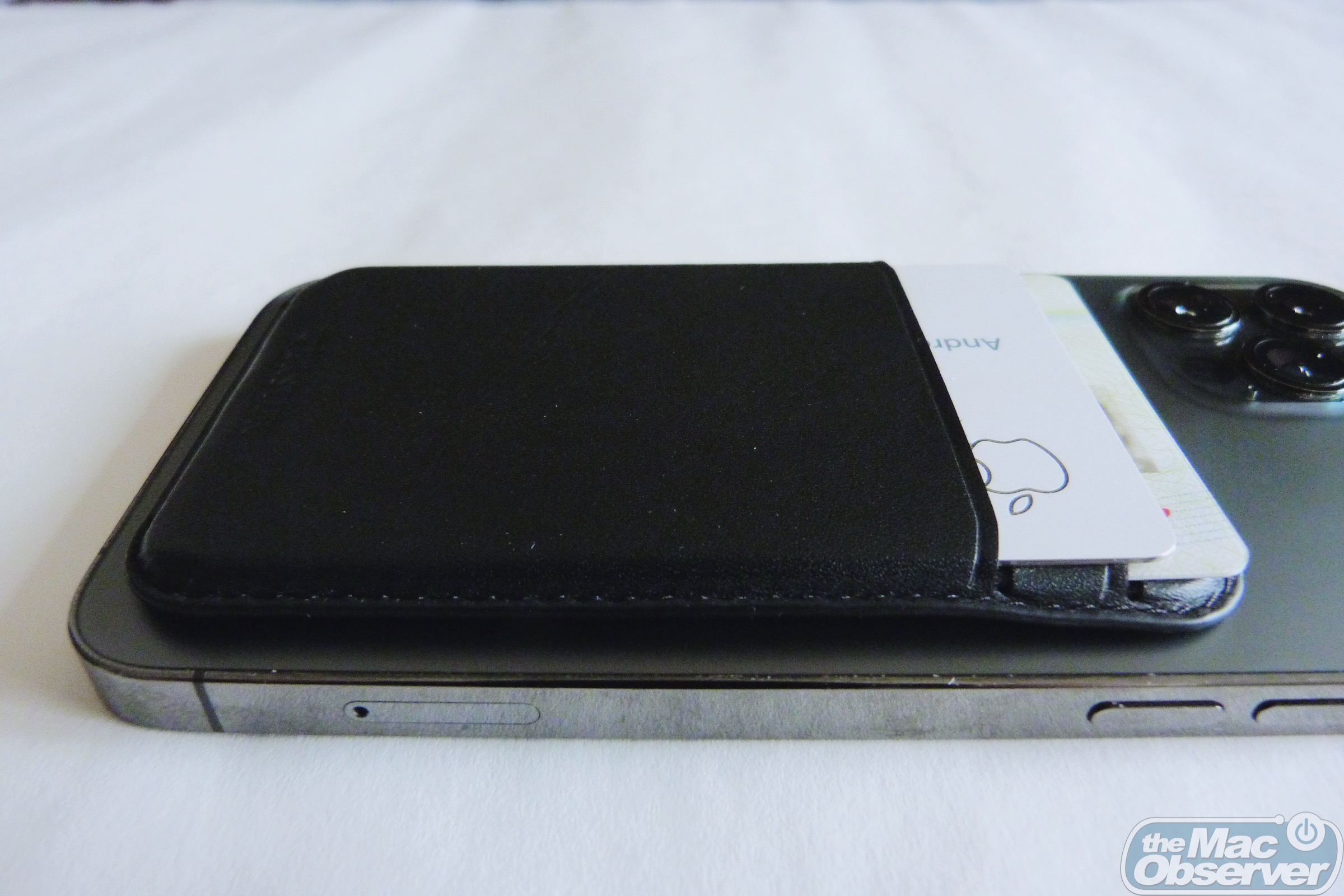 And I do find it easy to do that. When Apple’s wallet was released, I saw early reports of people sliding their iPhone in their pocket and having the wallet fall off. Maybe it has to do with your jeans; my jeans aren’t skinny and my pockets are spacious, and the Ekster wallet has never fallen off.

In conclusion I can’t say I’ve found any defect or sore point with the wallet. MagSafe wallets, whether from Apple or Ekster, are clearly marketed towards a certain type of person. That person is me, because I was already only carrying a couple of cards in my wallet. I never carry cash and don’t have any membership cards or rewards cards. Or, rather, I do have two membership cards but they aren’t the sort where I need to carry them everywhere.

If you’re interested in a MagSafe wallet I think Ekster’s product is a solid one to purchase.

One thought on “Review: Ekster’s MagSafe Wallet is a Slim Alternative to Apple’s Wallet”