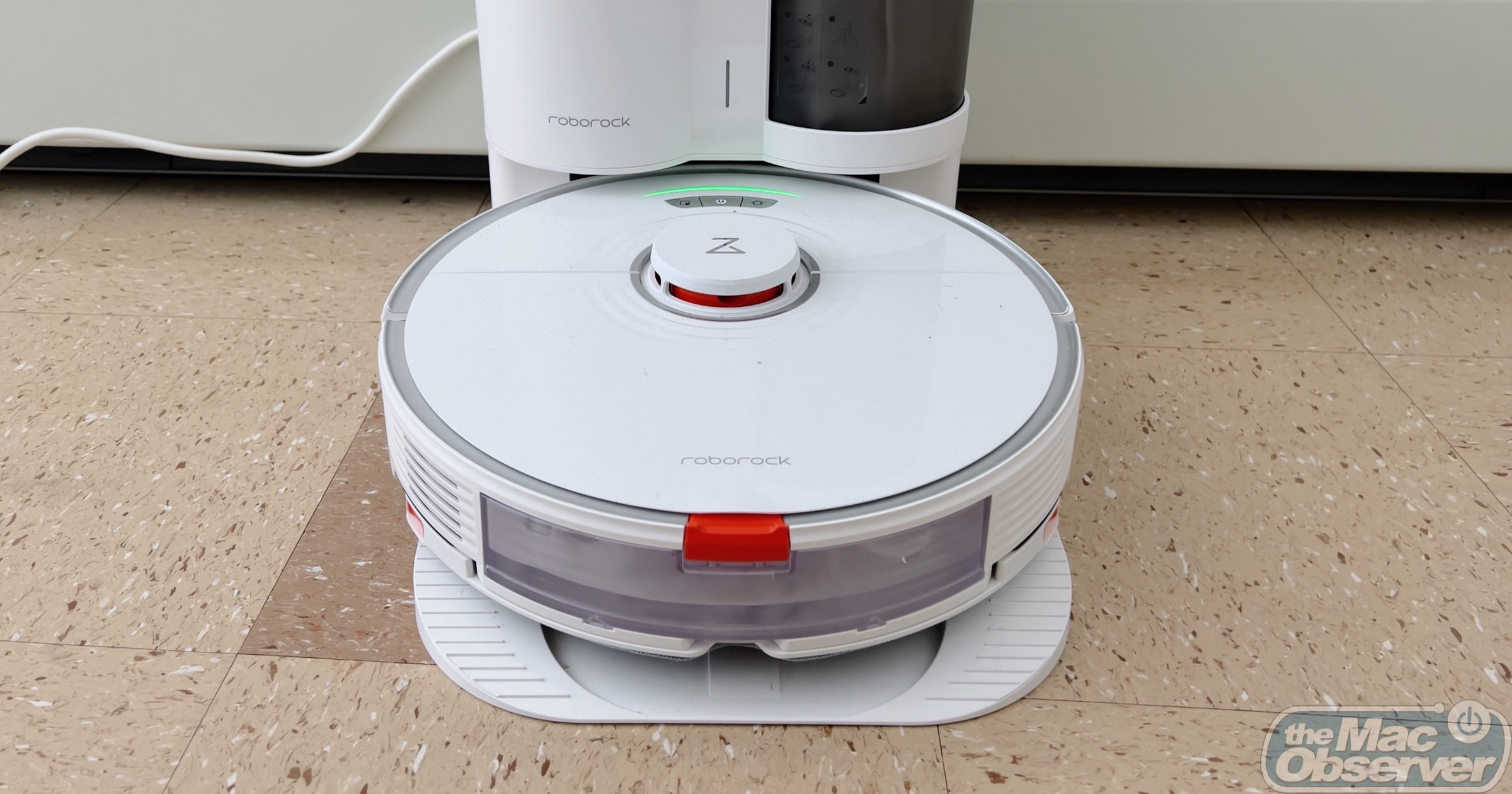 The Roborock S7+ is the company’s latest robotic vacuum. It’s an improved version of its previous model that adds sonic mopping capabilities. It’s available on Amazon in black or white for US$949.

The new VibraRise sonic vibration technology on the Roborock S7+ can scrub floors up to 3,000 times per minutes using its 300ml tank. It has intelligent mop lifting that lifts the mopping pad up when the robot detects a carpet. The vacuum part using 2,500Pa of HyperForce suction power.

Unlike previous models, this one can automatically empty its canister at the dock. It can hold up to eight weeks of dust. The dock has a filtration system to capture 99.99% of particles as small as 0.3 microns. When it’s full, you just pull the dustbag that instantly closes to keep the dust and dirt inside.

LiDAR navigation uses adaptive route algorithms to create maps of your home and create cleaning routes. I’m a fan of the navigation as I was with the Roborock S6 MaxV. It’s a nimble robot that can remove obstacles such as cords and does its job quickly. 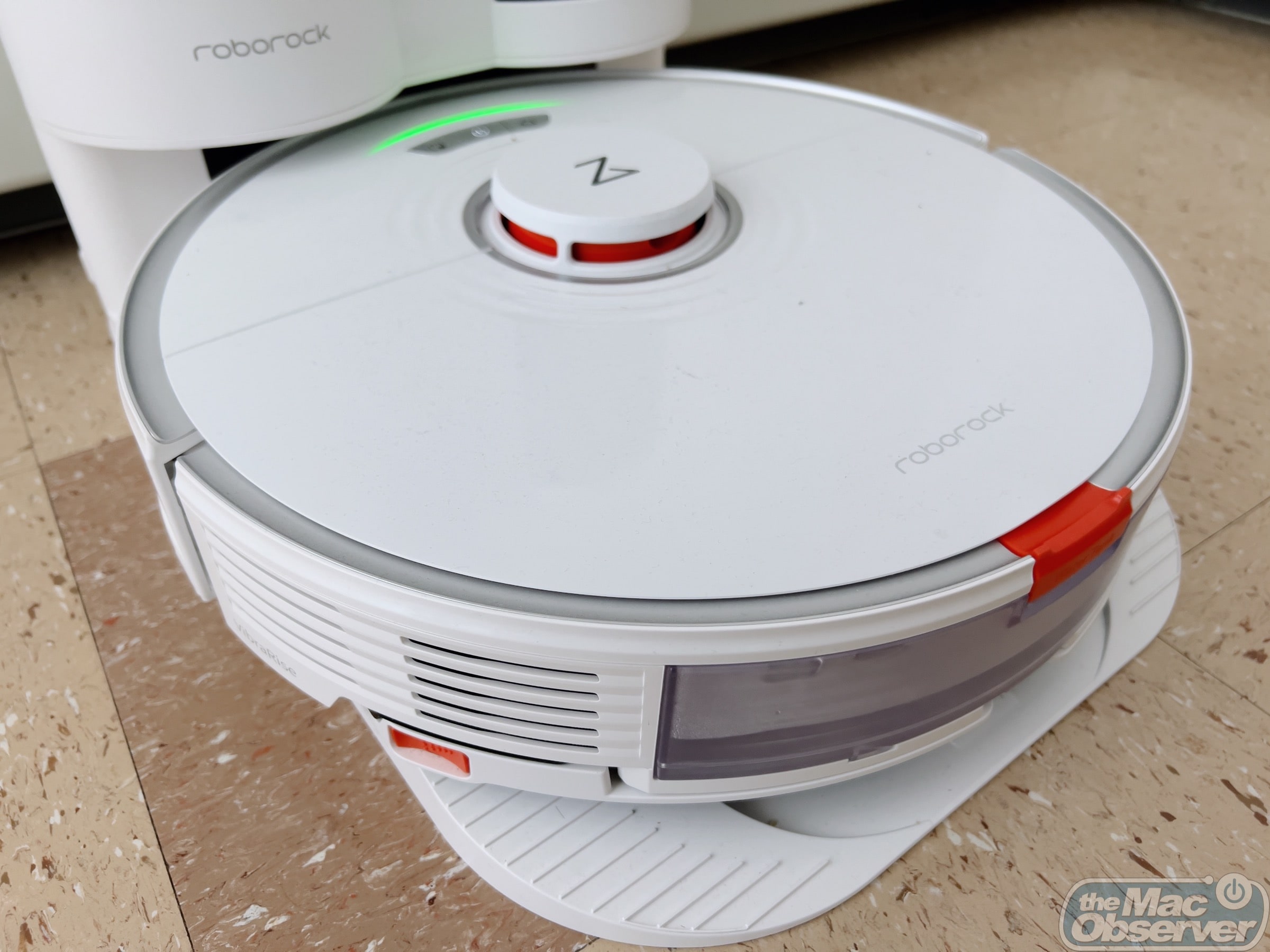 I like it. There, that’s the end. My review of the Roborock S6 MaxV a couple years ago had both positive and negatives. Specifically, I wasn’t a fan of that robot’s mopping capability. I likened it to “dragging a wet washcloth across the floor” and wished for a vibrating or spinning mop pad. Thankfully, the Roborock S7+ has a vibrating mop pad as I wrote above. I didn’t exhaustively test the mop, such as trying different stains. But it can scrub off most every day stains without a problem.

I’m also a fan of the new dock with the dust canister. It’s easy to put together; it comes with its own small screwdriver that clips into the bottom, and there are only five screws to…screw. It automatically empties the robot, as a mentioned. It seems like a powerful beast based on it sounding like an airplane taking off, which lasts for 15 seconds (I counted).

There is still one comment I have on the mopping: the shortness of the session. It’s because it mops and vacuums at the same time. It goes around my apartment once in a session that lasts about 20-30 minutes. My iRobot mop is more thorough, going around my apartment three times in a session. I’m not going to hold that against the Roborock S7+ though, since mopping is the sole purpose of the Braava Jet. It’s different for each person; to make up for the shorter sessions you could simply have the robot clean every day, as opposed to my once-every-three-days schedule. Scheduling can be done through Roborock’s app. 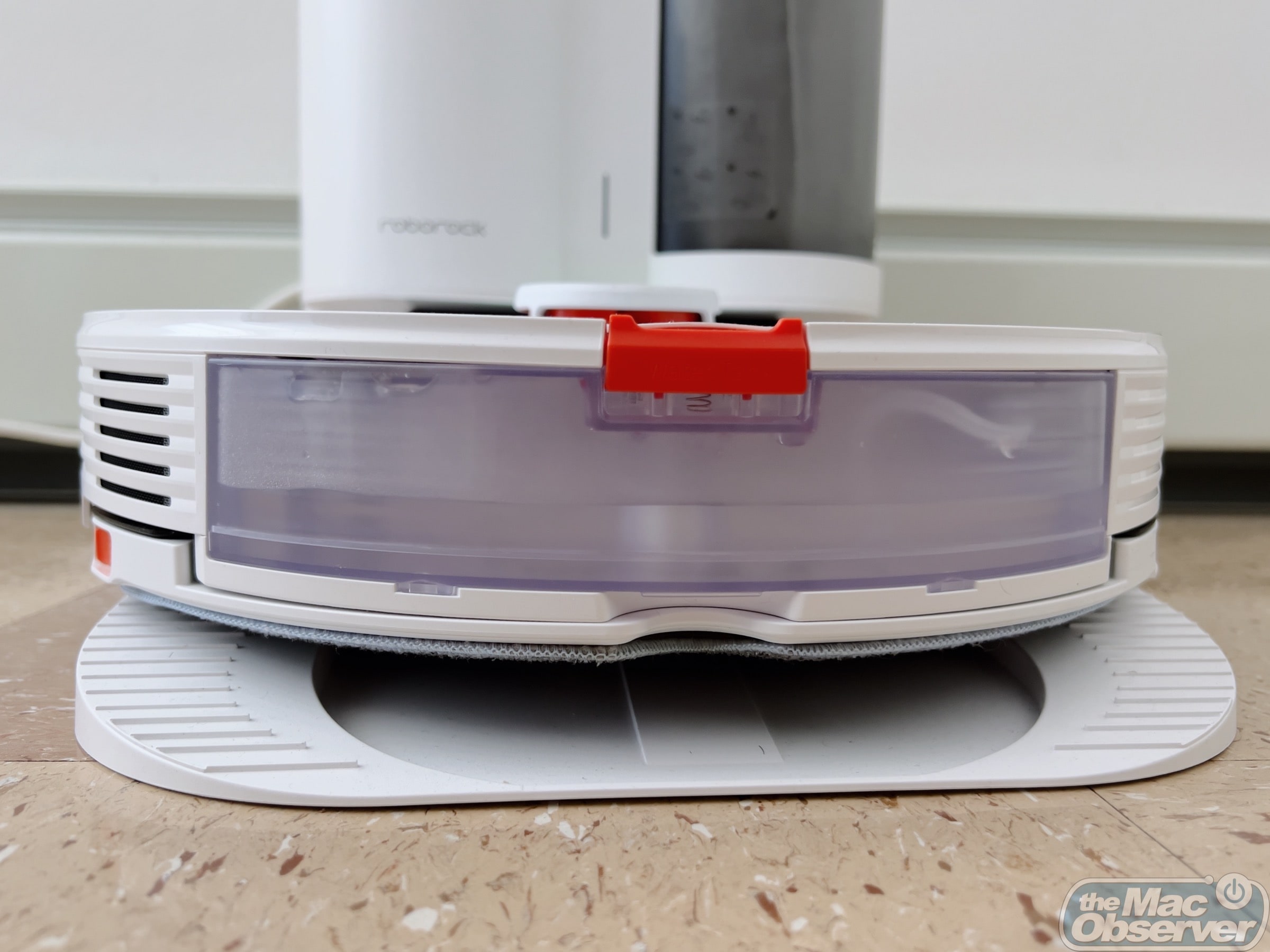 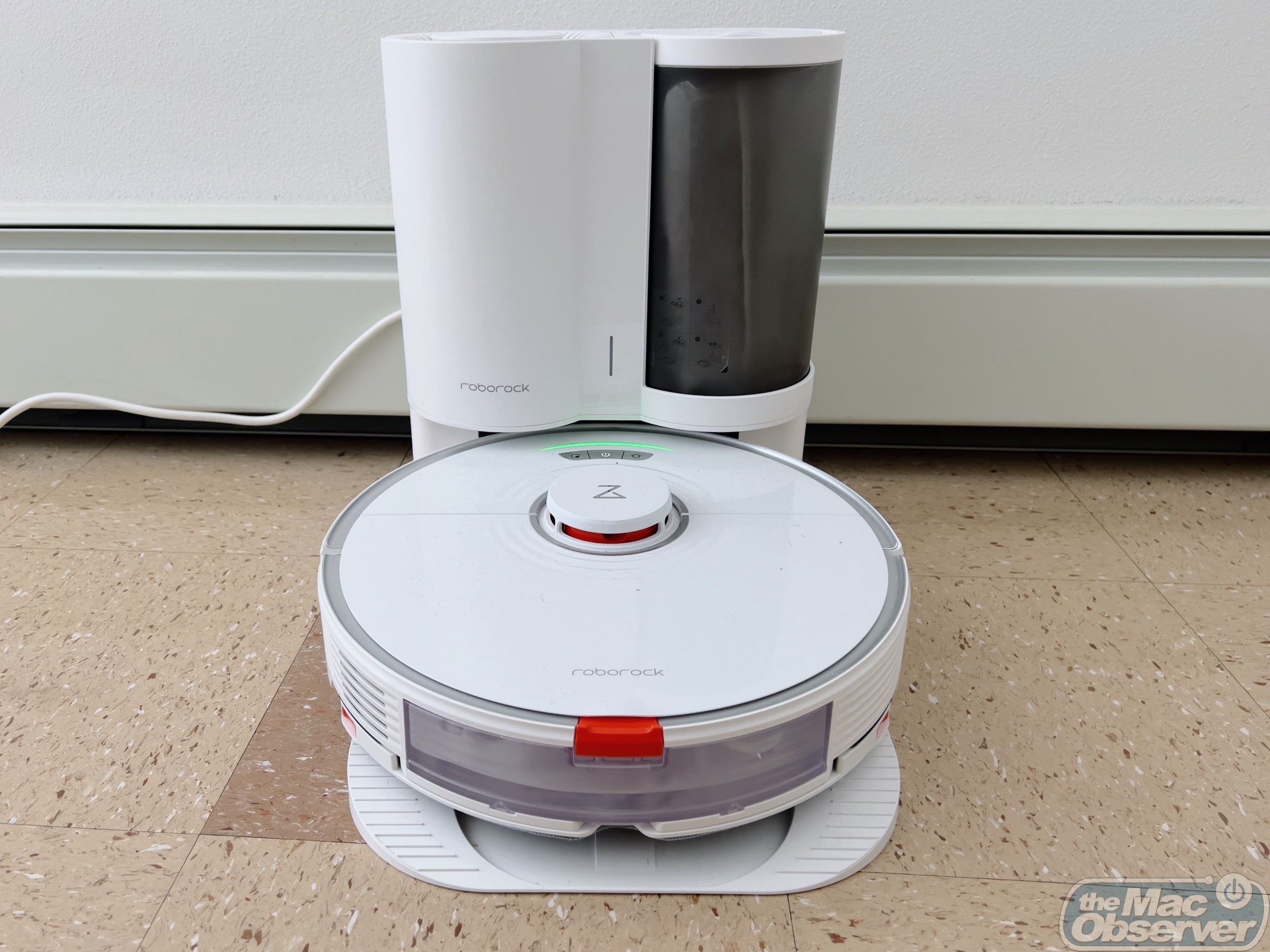