Hailee Steinfeld stars in Dickinson, an Apple TV+ show about the poet Emily Dickinson. She recently appeared on an episode of Bon Appétit as part of the Back-to-Back Chef series. It’s a fun show where a celebrity and a chef stand in the kitchen back-to-back. The chef has to describe exactly what to do as they cook, and the celebrity tries to follow along without looking back to see what the chef is doing. Vocal instructions only. Ms. Steinfeld makes pomme soufflé, which isn’t an actual soufflé and instead a variety of French fried potato. It’s a fun episode to watch. 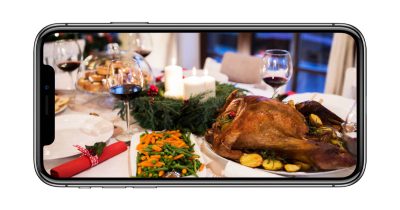 Thanksgiving is right around the corner and we’ve found five cooking apps to help you plan and cook your big meal for friends and family.