A report last week suggested Apple will ditch the MacBook Pro’s traditional keyboard for an E Ink version with keys that dynamically change based on the app being used. Now the Wall Street Journal is chiming is saying it has sources confirming Apple’s plan. That makes it more likely an E Ink keyboard is coming, but it still isn’t a sure thing. 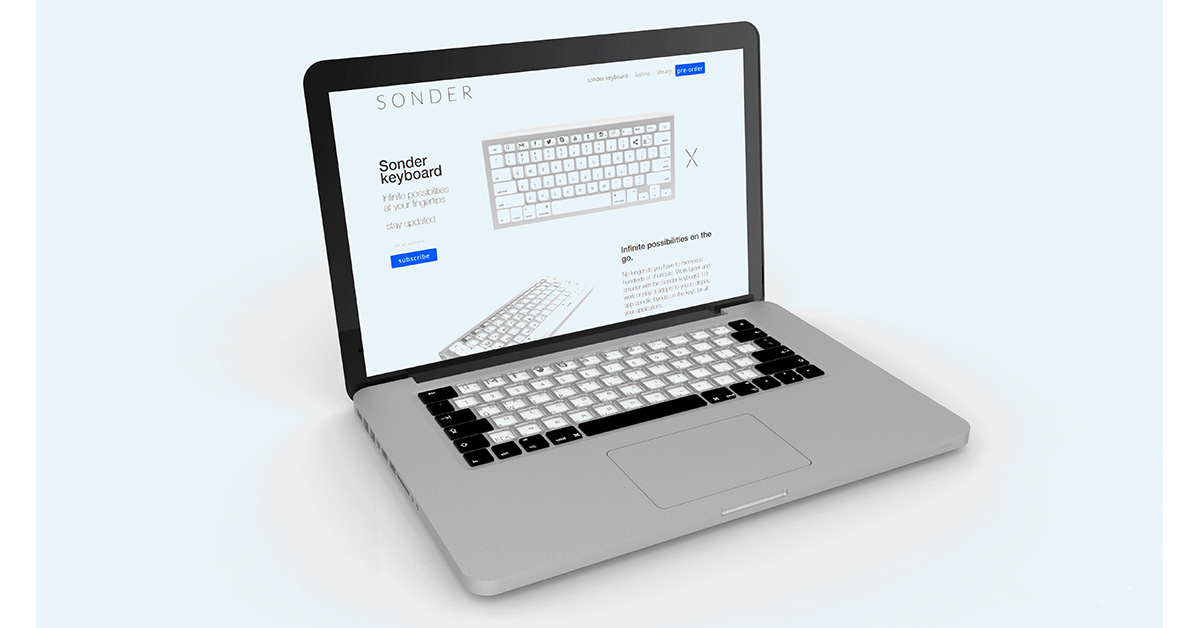 Last week’s report came from a Reddit user who said they saw a prototype of the keyboard Apple will use at a Foxconn technology event at China’s Tsinghua University. They said a Foxconn executive talked about how the company was helping with negotiations between Apple and E Ink keyboard designer Sonder. The executive also said Apple was close to acquiring Sonder.

Sonder confirmed it was at the event, but didn’t offer up any other information. Reddit forum leaders said they confirmed the identity of the user who posted about the E Ink keyboard.

That’s not much to go on, and The Mac Observer said as much last week.

The Wall Street Journal cited “people familiar with the plans” on Wednesday saying Sonder’s E Ink keyboards will show up on the MacBook Pro in 2018. The sources also said Apple CEO Tim Cook discussed the plan with Foxconn and Sonder on October 11th, which coincides nicely with the original Reddit report.

E Ink keyboards sound like a great idea because each key can be individually configured on the fly, which is great for anyone who routinely works in multiple languages. It also means Apple could sell a “universal” Mac that shows the correct language without needing regional models with different keyboards. App developers could show shortcuts directly on the laptop’s keys, too.

The problem is that the reports we have so far are tenuous: an unnamed Redditor and an anonymous insider. Add to that Sonder CEO Francisco Serra-Martin recent denial that it met and spoke with Apple representatives. He went on to say, “although we would very like the opportunity to in the future.”

The original Reddit post from last week has been deleted, too, although the comments thread attached to it is still there. The reason why it’s gone isn’t clear; it could be because the original poster fabricated the story and decided to remove it, or they posted confidential information and were ordered to remove it. It’s also possible there’s a completely different reason why the original post was deleted.

Speculating on Apple’s plans, especially when you’re looking two years out, feels like a lot more art than science. The company is notoriously secretive and doesn’t talk about specific plans for future products.

With last week’s Reddit post and today’s WSJ article, it’s easy to jump to the conclusion that Apple really is ditching traditional keyboard keys for dynamically updatable E Ink keys, and that the change is coming in 2018.

What we know for certain is that Apple is always working on improvements for its products, and that holds true for the MacBook lineup. There are valid real world uses for E Ink keyboards, and it’s likely Apple has at least experimented with prototypes. Maybe we will eventually get E Ink keyboards on Apple’s laptops, but based on the two reports so far it’s far from confirmed.